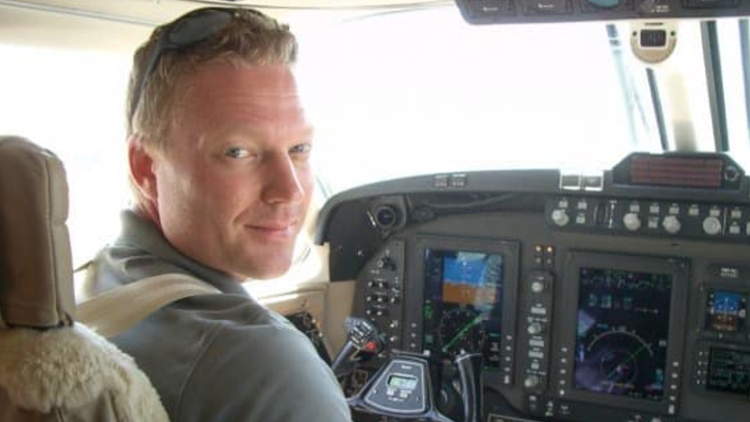 Gilbert pilot killed in terrorist attack on military base in Kenya

NAIROBI, Kenya — A Gilbert pilot was one of three Americans killed Sunday in a terror attack in Kenya, according to his wife’s social media posts.

Dustin Harrison, of Gilbert, was one of two American contractors killed along with a serviceman during an attack on the Manda Bay Airfield in Kenya, according to a statement issued Sunday by the U.S. Africa Command. Several U.S. aircraft and vehicles were destroyed before the attack was repelled.

“My world is completely a nightmare right now,” Harrison’s wife wrote in a social media post. “… My life will never be the same … Fly high my handsome pilot. I love you forever.”

According to his LinkedIn page, Harrison was a contractor with L3Harris, a prominent defense contractor.

A former colleague of Harrison, Steve Kramer, posted about his death on Facebook Monday morning.

"Arizona mourns the loss of Dustin Harrison, who was killed while supporting our nation's troops in Kenya. Dustin put his life on the line for our country, and for that, we are forever grateful. Our prayers are with his family and loved ones #RIP," he wrote on Twitter and Facebook.

The U.S. military says Al-Shabab extremists overran a key military base used by U.S. counterterror forces in Kenya, killing three Americans. Two were Department of Defense personnel and destroying several U.S. aircraft and vehicles before they were repelled.

The attack on the Manda Bay Airfield on Sunday was the al-Qaida-linked group's first attack against U.S. forces in the East African country.

PREVIOUSLY: Al-Shabab attacks Kenya military base used by US forces

The Somalia-based Al-Shabab, which is linked to al-Qaida, claimed responsibility for the attack.

The Kenyan military said that five attackers were killed. Al-Shabab said the attack has nothing to do with the Middle East crisis involving the U.S.

Kenya is a key base for fighting Al-Shabab, one of the world's most resilient extremist groups.