The Gilbert mother of six bonded easily with her next-door neighbors, the Langfords, who have 11 kids and who come from the rural Mexican community Le Mora. 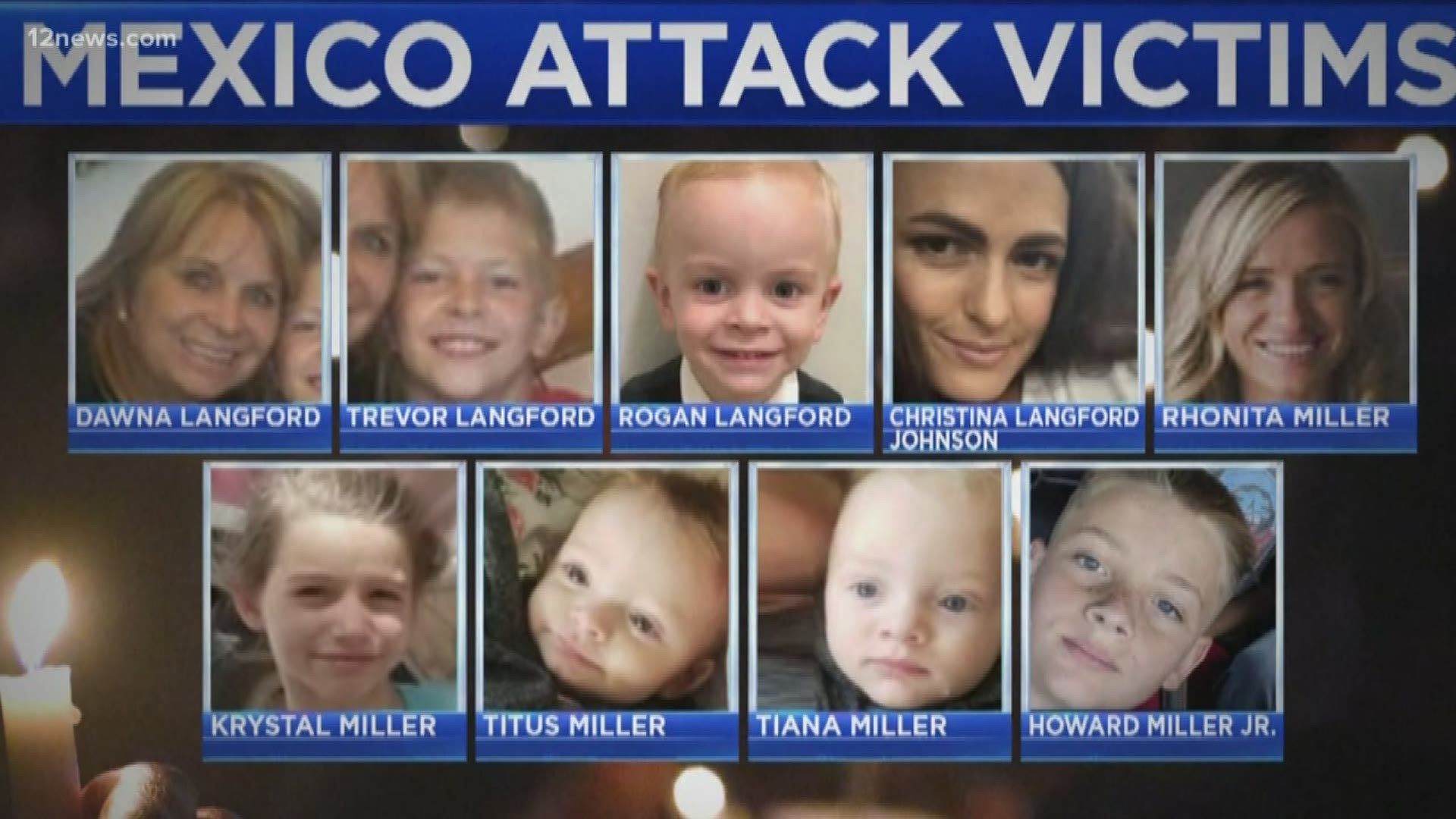 A Gilbert mother organized a fundraising effort to help the orphans and widowers left in the ruins of Monday’s shooting in Mexico.

Michelle Rigby lives next door to family members who are mourning their loved ones.

“My heart just broke. My husband and I went over to their house, asked what we could do.  All the kids were sitting on the floor, just in tears,” Rigby said.

When the video of the charred SUV after the attack was released Rigby couldn’t fathom what she had seen.

“I watched that video and I remember thinking I can’t believe what I’m seeing. There is no way this is real,” Rigby said.

The Gilbert mother of six bonded easily with her next-door neighbors, the Langfords, who have 11 kids and who come from the rural Mexican community Le Mora.

“And they are just a fun-loving, full of love family,” Rigby said.

Rigby had also met Dawna Langford over dinner, one of the three moms who was killed in the ambush. Donna was visiting from Mexico, one of many relatives who traveled back and forth between Gilbert and Mexico.

“I guess one of the reasons I wanted to start this Go Fund Me also was knowing these children saw their mothers brutally murdered, and their cousins, murdered. They are going to need some help,” Rigby said.

The GoFundMe Page dedicated to covering funeral, medical and miscellaneous costs has already surpassed $140,000 in donations.

“Completely amazed. There are good people in the world. I get really beautiful comments in the Go Fund Me saying ‘praying for this family, we don’t know them but can’t image this happening to women and children,” Rigby said.

The three mothers and six children killed will be laid to rest in Mexico.