Gene Lee was eulogized as representing the finest qualities of a law enforcement professional during his funeral service at Comerica Theatre. 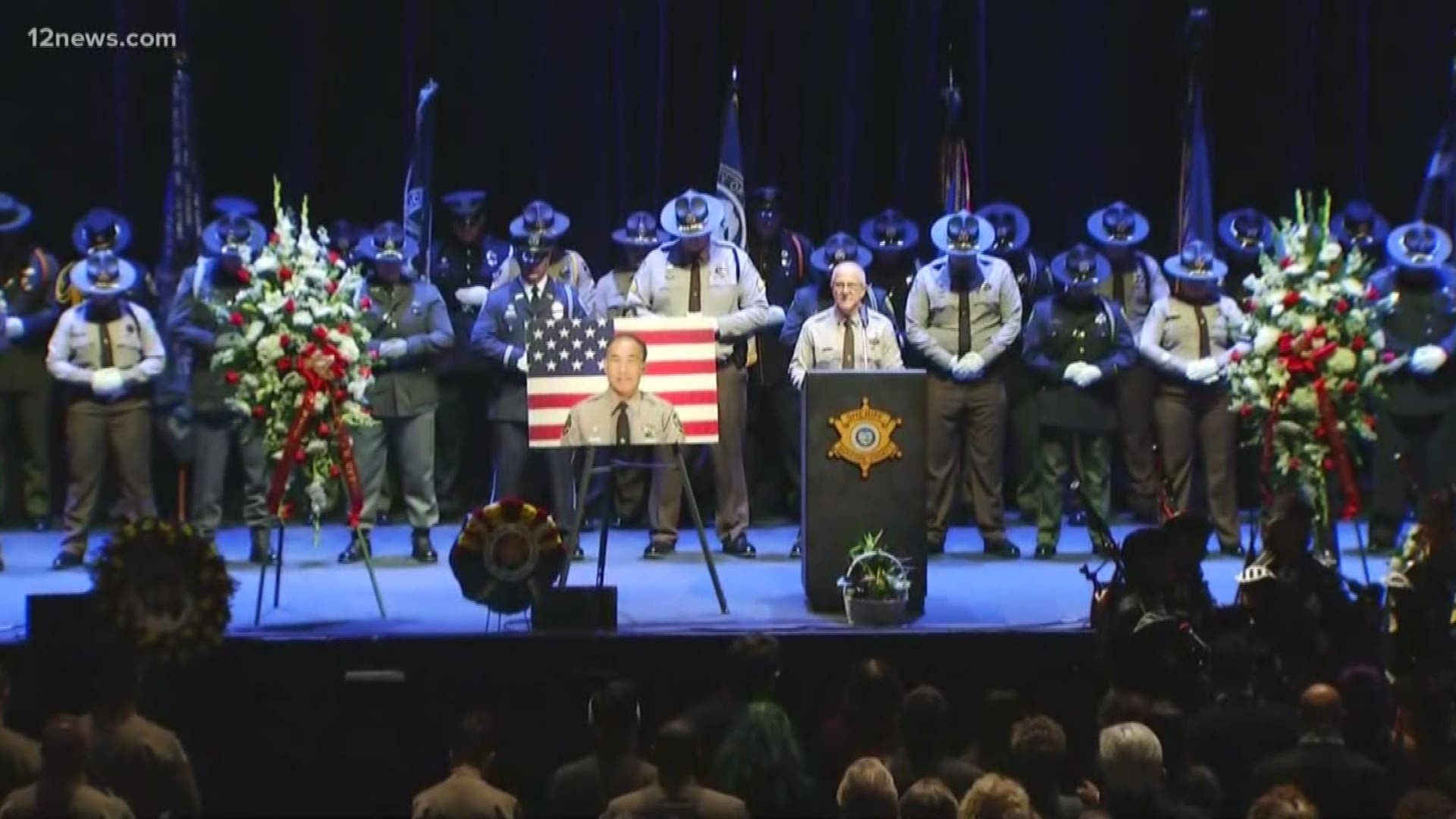 Family and friends gathered at Comerica Theatre on Friday to pay their respects to a man eulogized as representing the finest qualities of a law enforcement professional.

Maricopa County Sheriff’s Office Detention Officer Gene Lee was killed in the line of duty after being attacked by an inmate at the Lower Buckeye Jail on Oct. 30.

Lee, or Jimmy, as friends referred to him, was remembered not only as a shining example of public servant but as a loving husband and father.

“It was always about Robin; he thought the world of you. He’d do anything for you and Justin, the same thing. He was very proud of you and how smart you are. And Linda, he never stopped talking about how much he cherished you.” 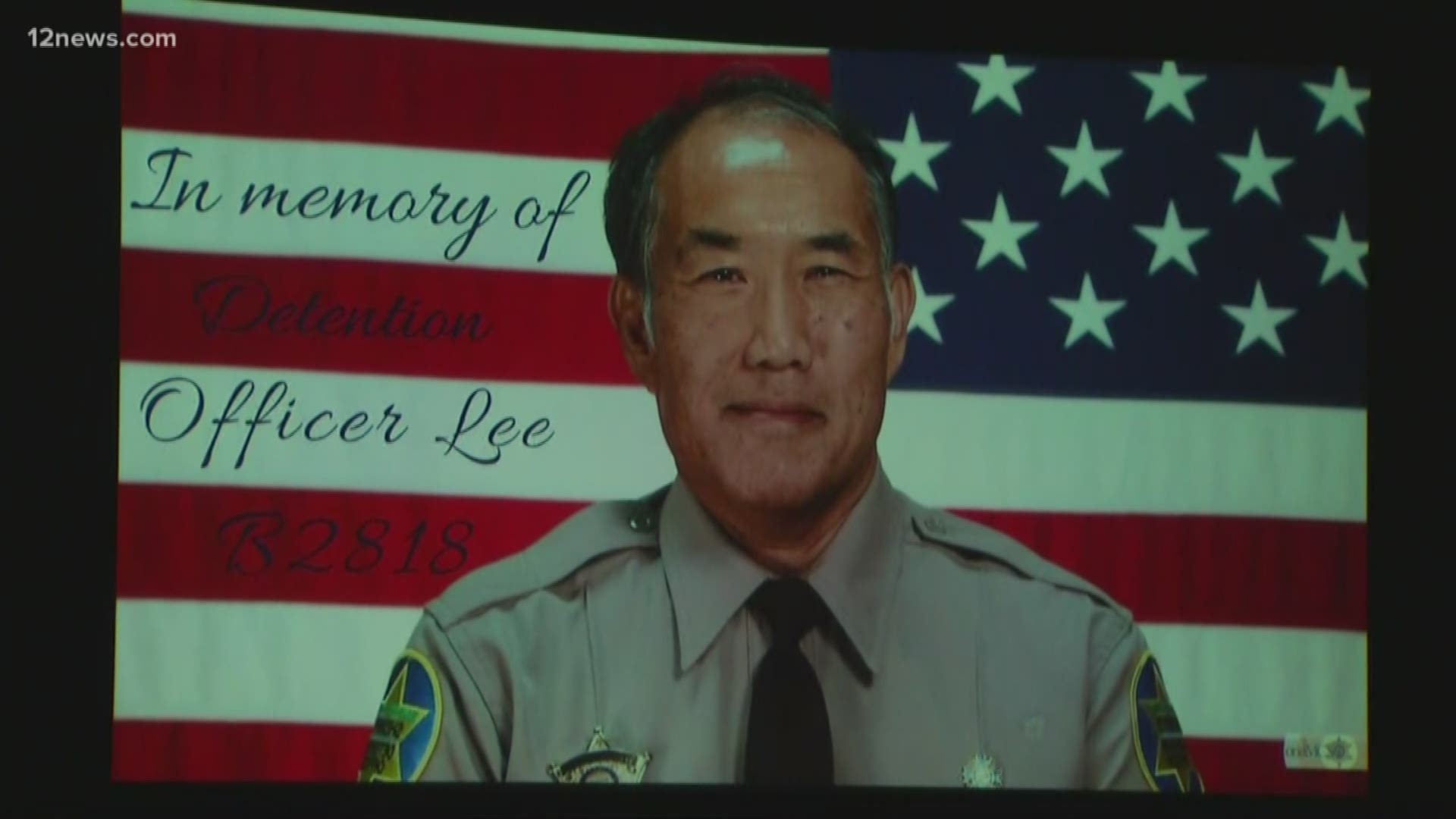 Law enforcement was a second career for Lee. Lee worked most of his life as an electrical engineer alongside Parmenter.

“When an officer is killed, it’s not an agency that loses an officer; it’s the community and the entire nation,” Parmenter said.

Lee was also remembered for impression he left on those who served with him.

RELATED: Here's the procession for Officer Gene Lee, who died after he was attacked by an inmate

“I’ve experienced this myself and many other have as well," Officer Kyle Reiniger, who worked with Lee at Lower Buckeye Jail, remembered.

“He was a loving, kind soul and he honestly was selfless. He was the description of selflessness.”

At the age of 64, Lee leaves behind a wife, two children and two grandchildren.

Donations can be made through the Maricopa County Sheriff’s Office Community Outreach Posse.