Gas pipe at site of Chandler explosion should have been replaced years ago, report says

Southwest Gas officials said the gas leak that caused a Chandler store to explode on Aug. 26 may have been avoided if the company had known to replace a gas pipe. 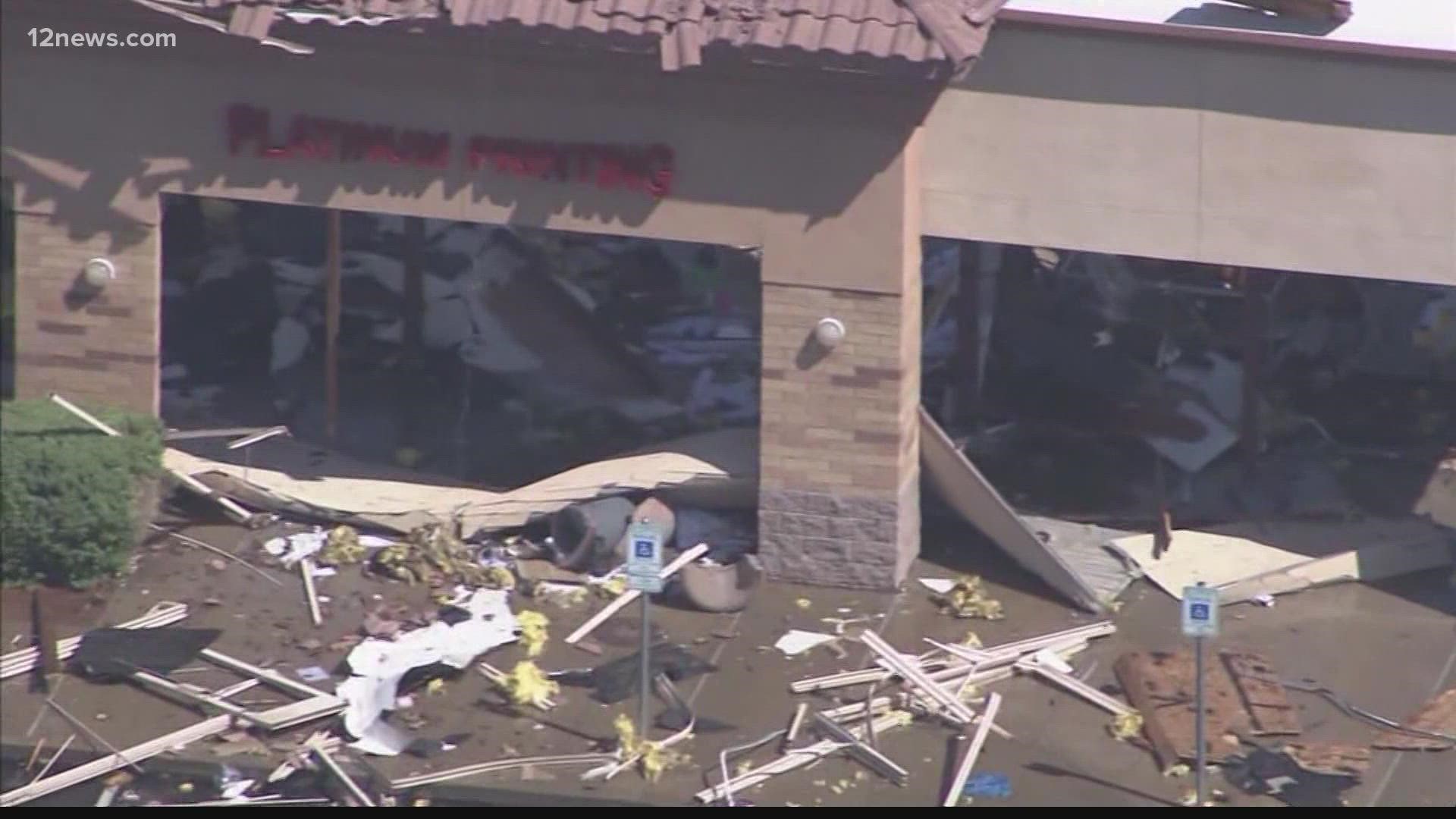 CHANDLER, Ariz. — A clerical mistake has been credited by Southwest Gas as the reason it didn't replace a faulty gas pipe that allegedly caused a fiery explosion in Chandler last month, according to an initial report from the company.

On Aug. 26, an explosion occurred inside a printing shop near Ray and Rural roads, causing the building's roof to collapse and nearby residents to evacuate their homes.

Four people were severely burned in the explosion and continue to undergo treatment for their injuries.

The incident's cause has been attributed to a gas leak, and Southwest Gas claims the explosion may have been avoided if the company had known to replace a faulty pipe.

On Tuesday, the utility company released a statement outlining the preliminary results of its investigation into the fire.

"The cause of the leak and the subsequent explosion was premature degradation in a certain type of natural gas pipe (Driscopipe 8000) that was purchased by Southwest Gas between approximately 1980-1999," the company stated.

Though degradation in this type of pipe rarely happens, Southwest Gas discovered leaks may occur if the Driscopipe 8000 is exposed to elevated temperatures in dry climates found in areas such as Arizona.

In 2012, the Pipeline and Hazardous Materials Safety Administration issued a bulletin that warned companies how the Driscopipe 8000 was susceptible to degradation.

"PHMSA noted that material degradation has been identified on 8000 pipes that (were) installed from 1978 through 1999 in desert-like environments in the southwestern United States," Southwest Gas records state.

By March 2019, Southwest Gas reported having had 129 gas leaks in Arizona due to degradation of the Driscopipe, according to testimony given by the company to the Arizona Corporation Commission.

That includes a 2014 incident where Jason Nelson was injured from an explosion caused by the Driscopipe 8000. The explosion started after he lit a cigarette in his garage.

"It brought me back to that day. It happened to me the day I was in the same type of explosion. It's terrifying, to say the least," Nelson said.

Southwest Gas launched a remediation program a few years ago that had workers inspect samples of Driscopipe throughout the state and replace any pipes that showed signs of degradation.

But the pipe at the Chandler shop was not on the company's radar due to a clerical mistake.

"An error in the construction records misidentified the type of gas pipe used near the building where the Aug. 26 incident occurred, which resulted in exempting the pipe from Southwest Gas’ prior remediation effort," the company stated.

Furthermore, the print shop had no reports of odor complaints during the 12 months leading up to the explosion, which might have tipped off Southwest Gas about the faulty pipe.

Southwest Gas said it's investigating how the clerical mistake happened.

"We are confident that we are taking all appropriate measures to protect against any similar instances of human error in reporting,” the company added. We are taking prompt action to implement a new remediation plan that includes extensive leak inspections, including mobile leak patrols and walking leak patrols of similarly sized pipe installations of all pipe types installed in 1999-2001."

However, an attorney for two Platinum Printing victims expressed concern about the remediation plan.

"We need to figure out quickly how do we remove these pipes? How do we find them and replace them? Because we shouldn’t have another family going through what this family is going through," said Tom Ryan, who represents explosion victims Andrew and Dillon Ryan.

Since the implementation of the remediation plan, Southwest Gas has allegedly not had other instances of personal injury or property damage from gas leaks that were caused by the pipe degradation the company identified.

RELATED: 'His shirt was burned off of him' | Witness describes horrific scene at Chandler print shop explosion