The Scottsdale Fire Department said no one was hurt, but 20 homes had to be evacuated while crews investigated. 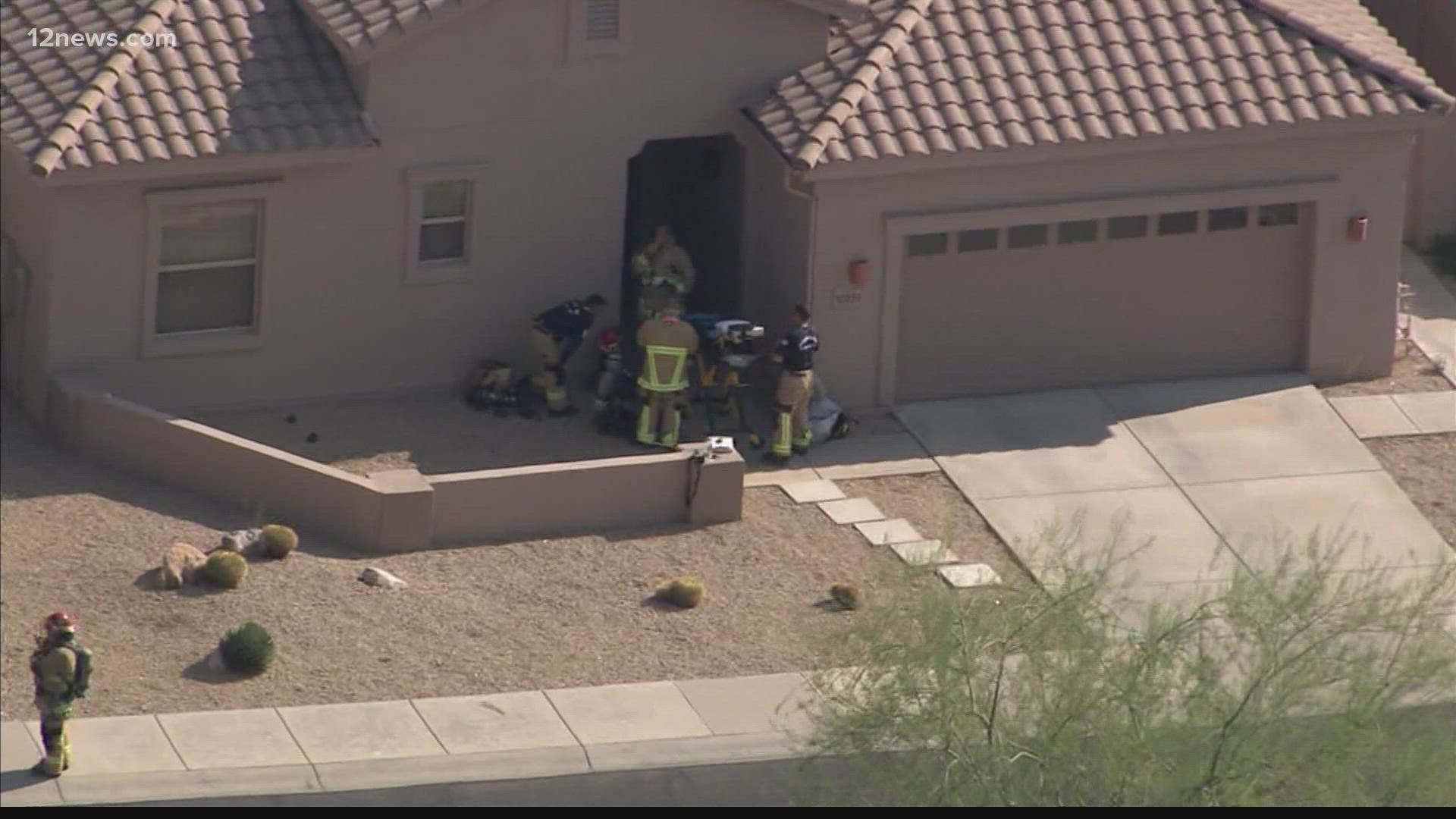 SCOTTSDALE, Ariz. — At least 20 homes in a suburban Scottsdale neighborhood had to be evacuated Thursday afternoon after an underground gas leak was reported.

Hazmat crews responded to the area along Le Marche Drive, near McDowell Mountain Ranch Road and Paradise Lane, around 2:45 p.m.

The Scottsdale Fire Department said no one was seriously hurt, but 20 homes had to be evacuated while crews investigated. Up to 40 homes could be impacted, Scottsdale fire said, as residents try to return home from work.

Southwest Gas crews identified the leak and managed to control it around 4:30 p.m. Residents will be allowed back in their homes sometime Thursday evening, after the gas dissipates, Scottsdale fire said.

Residents were bused to the McDowell Mountain Community Center, including several from an assisted care facility who had to be taken by stretchers.

Additional crews and resources were called in to help, and over 40 firefighters were in the area. The entire neighborhood was blocked off, Scottsdale fire said.

Power has been shut down in the area.

The cause of the leak is under investigation.