New was killed during his shift on May 31 when a car ran a red light and crashed into his patrol vehicle in Phoenix. 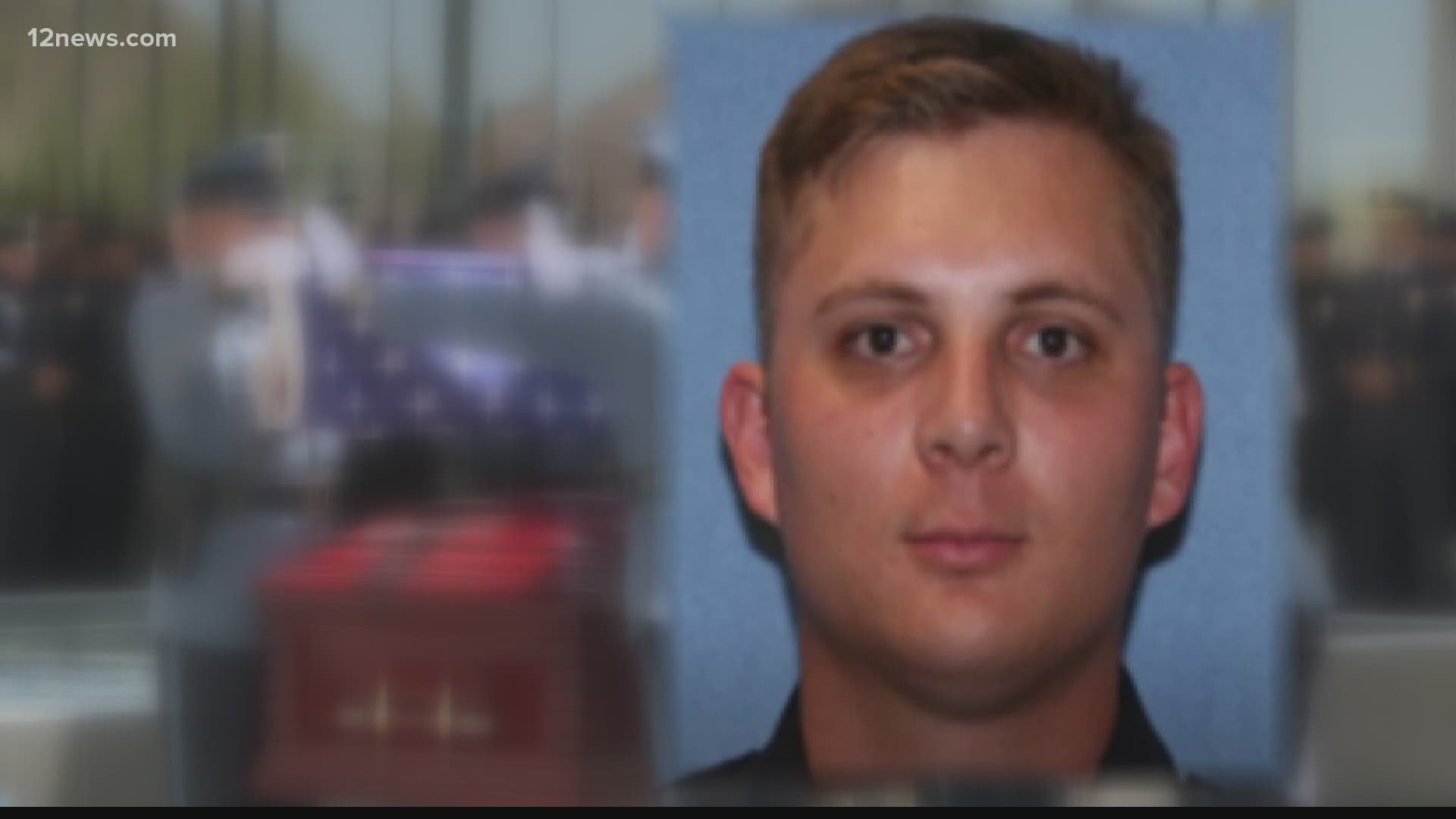 The funeral services for Phoenix Police Officer Ginarro New were announced Tuesday. New was killed during his shift on May 31 when a car ran a red light and crashed into his patrol vehicle in Phoenix.

According to a release from Phoenix police, the visitation will be held on June 9 from 5 p.m. - 7 p.m. at Hansen's Mortuary. The funeral will then be held on June 10 at Dream City Church at 9 a.m.

Funeral services at the church are said to be public. In lieu of graveside services, full police honors will take place immediately following the funeral in the church courtyard.

Officer New was driving his fully marked patrol vehicle through the intersection on the evening of May 31 when his vehicle was struck by a car that ran a red light going eastbound, police said.

The crash sent New's vehicle through a block wall and into the parking lot on the southeast corner of the intersection.

“We just don’t know what to do yet," Officer Ginarro New’s cousin, Samantha Scott, said. "He was only 27 years old. He was perfect in every way.”

Officer New had served with the department at the Black Mountain precinct since July 2019, Chief Williams said.