The former 'Malcolm in the Middle' star now owns a Scottsdale olive oil and vinegar shop with his fiancee. 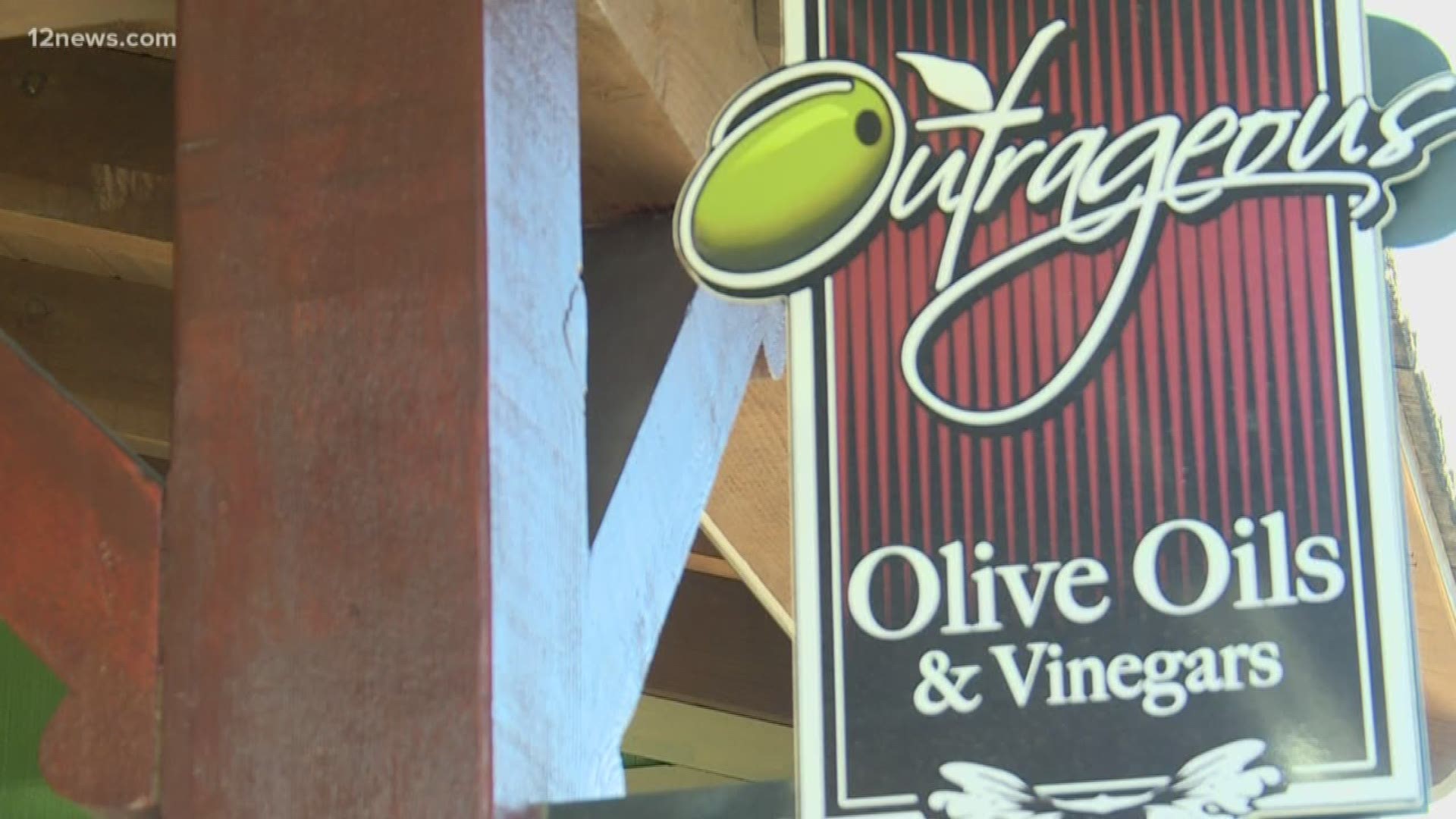 SCOTTSDALE, Ariz. – To say Phoenix-area celebrity and former "Malcolm in the Middle" star Frankie Muniz has a taste for living is an understatement.

He's been a very successful TV actor and host, a professional race car driver, and a drummer in a rock 'n roll band that toured the world. Well, now he's developed a new taste—for olive oil.

“The biggest thing that makes Outrageous Olive Oils and Vinegars unique or different from the grocery store is that it's ultra-premium,” Frankie Muniz, co-owner of the store said.

Oils from all over the world are trickling in for Muniz and his fiancée/business partner, Paige Price.

“Right now we’re in the southern hemisphere, so we got things from Australia, South Africa, Chile, Peru and Uruguay,” he said.

He says in a month they’ll be getting product out of the northern hemisphere because suppliers in Italy, Spain, Portugal, Morocco and California are crushing their olives right now.

Muniz and Price took over this Scottsdale olive oil business in May 2018.

“My fiancée and I were looking for something to do together, and you know, this happened to be available,” Muniz said.

The couple says they spent the next seven months renovating the Old Town location and building up the inventory they wanted to sell.

“There are so many flavors,” Muniz said. “We have over 50 flavors of vinegars, and the cool thing about our store is that you can try everything before you buy.”

An easy celebrity sighting for those on the lookout for the former "Malcolm in the Middle" star.  The Sanders family from Sheridan, Wyoming did a double-take when they stopped in recently.

“When we came in I was like, ‘Oh, he looks so familiar,’” Paige Sanders said. “We were like, are we sure that was him?  My husband Googled, and yup, it was Frankie,” she said.

Muniz appreciated their business and was quick to share a picture with the Sanders girls. He said he’s taken more than a few pictures and autographs for curious fans since he opened his doors in mid-December, 2018.

Muiniz also hasn’t completely left show business behind, but for the time being, Outrageous Olive Oil is his main focus.  And, he’s finding out just how hard small business owners work to stay in business.

“Our hours are from 10 a.m. to 6 p.m., generally; but I’m here at 6 most mornings making sure we have enough product for the day,” Muniz said.

A self-confessed hamburger and hot dog eater, Muniz says Price converted him to the benefits of a healthy diet that included olive oil.

Now, through this venture, the former actor turned professional race car driver turned rock ‘n roll drummer has a developed a new taste and a new passion to serve his community.

“If you have questions for what to pair it with or questions on health benefits, we can give you that information, and when you leave the store maybe help somebody else learn about olive oil," Muniz said.