The positions could be replaced by social workers or other mental health professionals. 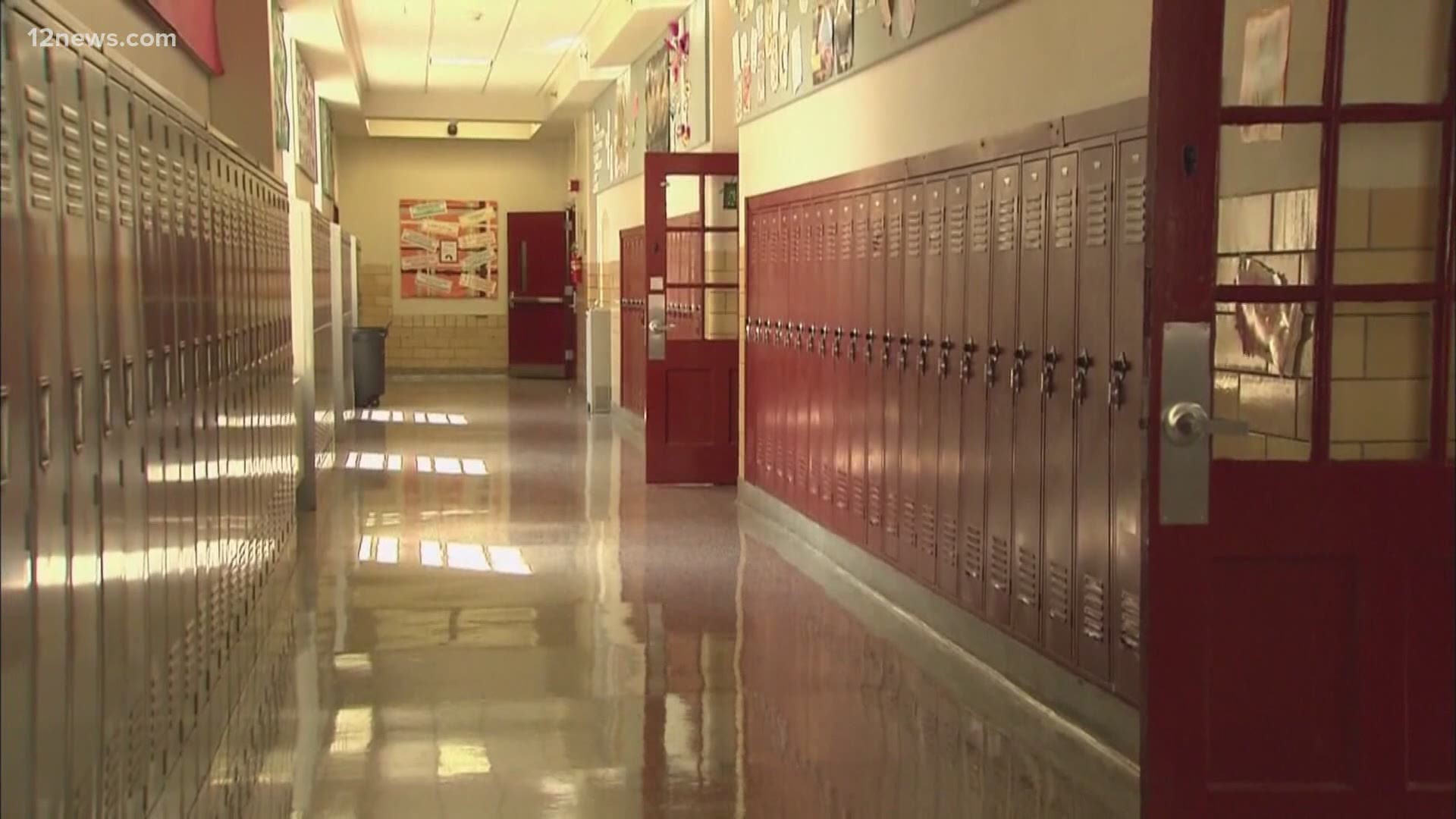 TEMPE, Ariz. — Four school resource officer positions in Tempe Union High School District could be replaced by social workers or other mental health professionals in the wake of protests on justice reform.

The district’s governing board members said in a meeting earlier this month they received hundreds of emails from the community following George Floyd’s death.

$450,000 was originally slated to fund SROs at Corona del Sol, Mountain Pointe, McClintock High and Desert Vista. The funding was put into the district’s budget after the district said the school safety grant from the state was restructured and only three out of their seven campuses received funding for an SRO.

Now the board is gathering research to look at in a to be announced study session to decide if the money should instead be used for social workers or counselors.

"If we’re putting our students first…we need to put our money where it really counts,” Mendivil said.

Jennifer Underwood’s daughter, who is bi-racial, will be a freshman at Desert Vista in the fall. Underwood said there’s more to consider when having an armed officer on campus.

“It’s not that they’re bad people,” Underwood said. “It’s just is it the right fit for school, and is it the right time for that? Because all of these kids have been traumatized.”

"I don’t want them to start off their day with this self-defeating attitude based on trauma from seeing an officer,” Underwood said.

Following the Parkland school shooting in 2018, there was a push for more officers on school campuses to help with safety.

Tempe Union High School District said how school safety will be handled, should the SRO’s be taken off campuses, will be looked at in the study session.

“It is the time to revisit some of this stuff and make sure we’re doing what’s right for the whole child, not on the off chance that there’s going to be a school shooting,” Underwood said.

RELATED: Want to talk to your children about racism? Here are some resources to get the conversation started

RELATED: Rival high schools in Phoenix join together in march for justice