Foster child placed in a home with a sex offender, document says

"If a common citizen can go put their address in the database to find out how many sex offenders live around him or her, why can't DCS do the same thing when placing a child in foster care?" 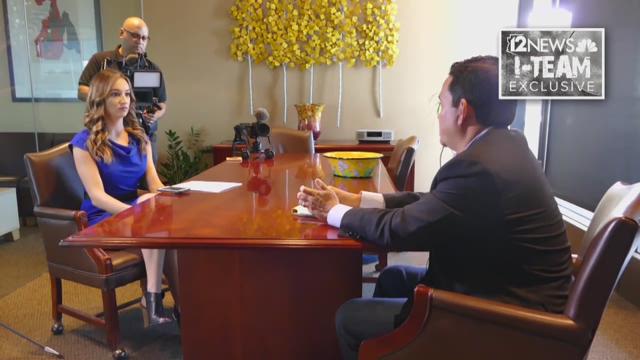 PHOENIX, Ariz. - The Department of Child Safety is coming under fire after a notice of claim says it placed a foster child in a home with a convicted, registered sex offender.

"This isn't just about one child. It's trying to raise a flag and shine a light on all the other children that no one else is paying attention to, including DCS," said Attorney Robert Pastor.

According to the document, in November of 2015, DCS placed a 6-year-old girl in a foster home in Surprise.

"Someone didn't do their job, whether it's a single individual person or it's a systemic problem within DCS, I don't know," Pastor said.

Pastor claims DCS failed to type the Surprise address into the state's sex offender database. Had they done so, he says they should have seen that Jose Egurolla, a level three sex offender convicted of sexually abusing his own children, lived there.

"Why didn't you check? Why didn't you look? If a common citizen can go put their address in the database to find out how many sex offenders live around him or her, why can't DCS do the same thing when placing a child in foster care?" Pastor said.

In April of 2016, the girl, her foster parents, and Egurolla then moved to a home on West Sherman Street in Avondale. Egurolla updated his address with both the MVD and DPS.

"He did what he was supposed to do and DCS didn't," said Pastor.

One month later, Egurolla molested the foster child in the middle of the night.

"We've learned the nature of the abuse is horrific," Pastor said.

DNA samples confirmed the sexual abuse. Egurrola pled guilty, and a judge sentenced him to 20 years in prison. Pastor says, though, that this is only half the battle.

"Go check the Arizona Department of Public Safety and check the database. Who is living there? Because Mr. Egurrola, he registered and that's why we have that system. And they didn't even use it," said Pastor.

Attorney General Mark Brnovich, DCS Director Gregory McKay, along with three other DCS employees are named in the notice of claim. Pastor says they played a role in placing the young girl in the home where a convicted sex offender lived.

"I suspect that it's indicative of a wider, bigger problem of children being placed in homes that aren't properly investigated and that aren't safe," Pastor said.

DCS tells the 12 News I-Team it does not comment on pending litigation. The Office of the Attorney General has not responded to our requests for comment.