Tremaine Jackson was arrested on charges of sexual abuse, kidnapping, sexual extortion, fraud and more, according to DPS. 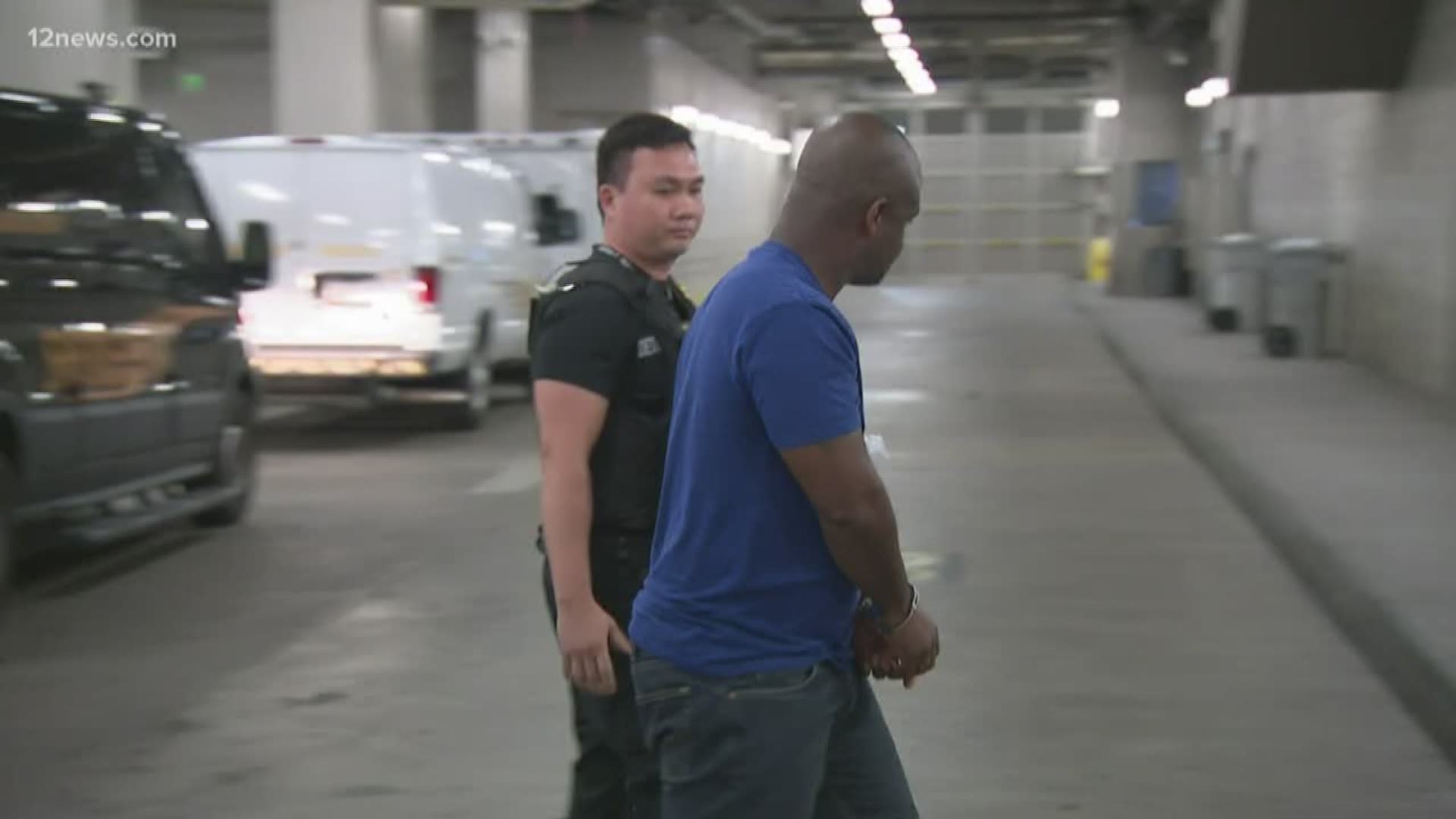 A former Arizona Department of Public Safety trooper facing 61 charges of sexual abuse and kidnapping will be in court Thursday.

Tremaine Jackson is accused of trying to bargain with women during traffic stops. Jackson was arrested earlier this month after several people came forward with serious criminal claims against him that date back to October 2018.

The former trooper, a 13-year veteran of the department, was arrested on charges of sexual abuse, kidnapping, sexual extortion, fraud and more, according to DPS. Court documents detail claims from eight different victims and one witness against Jackson. DPS says there could be even more victims.

DPS says Jackson was under investigation after a misconduct complaint in June. He was serving in the agency’s Metro Motors District, covering the Phoenix Metro area. Investigators believe all of the alleged crimes happened during traffic stops.

Jackson’s arraignment is scheduled for 8:30 a.m., Thursday. Stay with 12 News for the latest on this investigation.