In a notice of claim, David Cohen says the university did not investigate the sexual harassment claims against the donor until Cohen's attorneys contacted the school 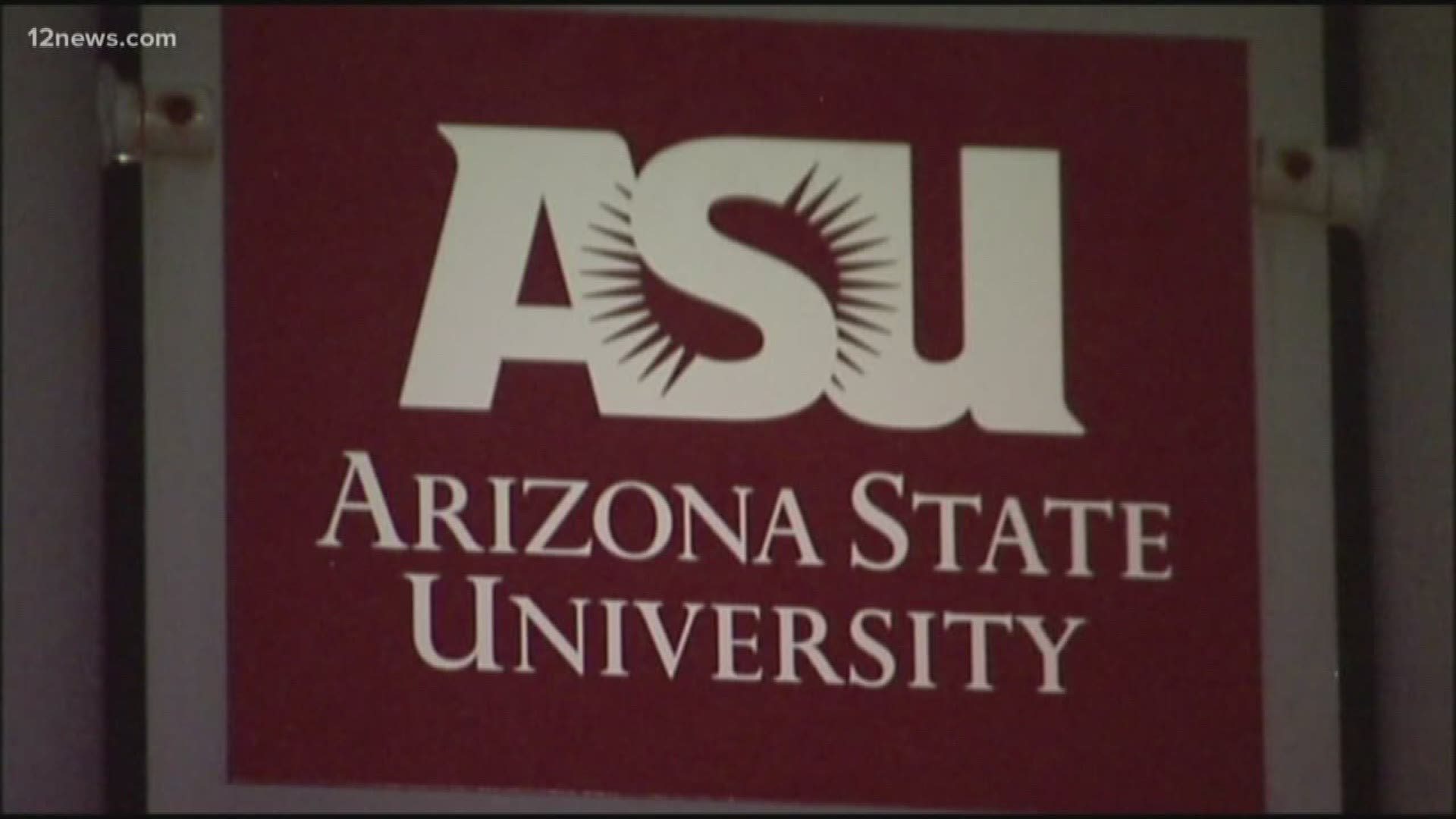 TEMPE, Ariz — A former associate athletic director at Arizona State University is asking for $1.5 million in a notice of claim against the school.

David Cohen says in a notice of claim that the university fired him after he repeatedly insisted ASU investigate claims of sexual harassment against a prominent athletics booster, Bart Wear.

According to the notice of claim, Wear sexually harassed Kathy Cohen at an ASU basketball game in Las Vegas in March 2019.

The document says Cohen left her seat to use the restroom, and as she passed Wear to get to the aisle, he touched her body and made an inappropriate comment.

Wear is accused of inappropriately touching at least one other woman during that game. She claims Wear rubbed her back and asked inappropriate personal questions.

After the game, another woman said during a conversation with the Cohens and with the other alleged victim that Wear often made her feel uncomfortable at ASU functions.

David Cohen reported Wear's behavior to ASU Athletics Director Ray Anderson, but the notice of claim alleges Anderson did nothing about it.

Bart Wear once played football at ASU and made "generous contributions" to ASU's football, basketball and swimming teams since 2013, the notice of claim says.

The document further alleges that Anderson had told Cohen to give Wear "great access to ASU athletics programs because he 'writes checks.'"

The notice of claim also says Anderson was already aware that Wear inappropriately touched women when he drank alcohol, as Wear had once been removed from an ASU game for his behavior.

Cohen claims he confronted Anderson about the issue several more times, only for Anderson to eventually tell him "that no one was going to tell him 'how to talk to a f------ donor.'"

A statement from ASU claims that when Cohen reported his concern, he allegedly felt the matter could be addressed by telling Wear to change his conduct, rather than launching an investigation.

In the months following Cohen's initial report, the notice of claim alleges at least five senior administrators became aware of the sexual harassment claims against Wear, but the allegations wouldn't be investigated until August – after Cohen's attorneys sent a letter to ASU following Cohen's termination.

ASU's statement says Cohen was fired when he allegedly refused to cooperate with "a department reorganization that was planned prior to any complaints about the donor being made."

Cohen, meanwhile, maintains that his job responsibilities were changed in retaliation for reporting the sexual harassment, and that he was fired when he continued requesting an investigation.

In August, ASU hired an outside law firm for the investigation, during which Wear continued to enjoy the full perks of being an athletics donor, according to the notice of claim.

The investigation wrapped up in November, and the notice of claim says it found sufficient evidence to conclude that Wear had sexually harassed the three women.

However, even after this conclusion was reported, the notice of claim says ASU gave Wear courtside V.I.P. seats at a basketball game on December 7.

A statement from ASU confirmed that their investigation concluded Wear made unwelcome comments and physical contact with the women – though ASU denied that Wear had grabbed or sexually assaulted anyone.

"The university cancelled the donor’s season tickets and informed him he is no longer welcome at university events, and he has otherwise dissociated himself from the university and related entities that support athletics," the statement said.

You can read the full lawsuit and ASU's response below.

“Mr. Cohen has conflated two issues in his notice of claim. “Mr. Cohen’s termination from the university had nothing to do with the donor issue referenced in his notice of claim. Mr. Cohen was terminated from the university in August of 2019 after refusing to cooperate with a department reorganization that was planned prior to any complaints about the donor being made. Mr. Cohen’s unprofessional reaction to the reorganization, with which he disagreed, was consistent with previous conduct that the university had attempted to address through written evaluation feedback and by hiring a professional coach to work with him. Mr. Cohen’s failure to meet the professional standards of the Sun Devil Athletics department was the reason for his termination.

“On the second subject regarding the donor, in the spring of 2019, Mr. Cohen reported to colleagues that a donor subjected his wife and two others to unwelcome comments and contact, including placing his hands on their sides, knee, or back and making comments about their appearance. Although Mr. Cohen regularly interacted with this individual at events, he had not previously reported any concerns about his conduct and in fact was responsible for distributing the tickets to the event that placed the donor in proximity to his wife and the other individuals who expressed concerns. When Mr. Cohen reported his concerns to colleagues, he indicated he felt the matter could be addressed privately with the donor through a request that he be more mindful of his conduct and respect the personal space of others.

“Related to the donor issue, the university acknowledges that the matter should have been resolved in a quicker timeframe and has taken steps to remind those involved of ASU policy.”

• Coronavirus: Can Chinese products get you sick?