A California forensic genealogist with a PHD in nuclear physics helped Phoenix Police solve one of its most notorious cold cases. 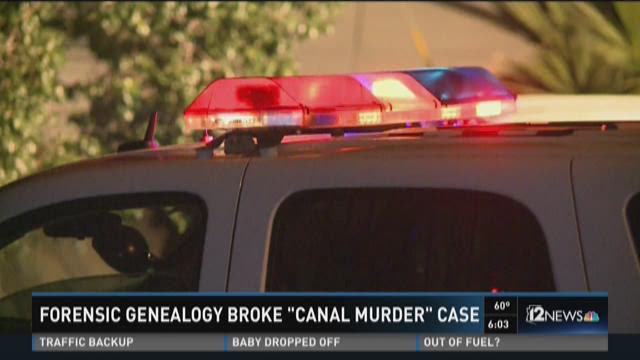 PHOENIX - A California forensic genealogist with a Ph. D. in nuclear physics helped Phoenix police solve one of its most notorious cold cases.

In January 2015, police arrested Bryan Patrick Miller at his Phoenix Sunnyslope neighborhood home for the “canal killings” of the early 1990s. Two women were found slaughtered 10 months apart, their bodies stashed in the Arizona Canal, which runs through Phoenix.

“Genealogists post this information all over the internet," Fitzpatrick said. "There are 8 to 10 thousand of those databases. Some are big, some are small. You just have to know how to navigate them to find the matches."

Her discovery was made possible by matching the Y DNA profile. Y DNA follows the male line of the family and is usually attached to a family surname. Many genealogy enthusiasts post their Y DNA profiles to public internet databases in the hopes of connecting with distant relatives. The databases are a treasure trove for researchers like Fitzpatrick.

“It’s like a Bingo game," Fitzpatrick said. "and I look for a Bingo match."

Phoenix police detectives reviewed records of previous contacts related to the case. They identified Bryan Patrick Miller as someone on a long list of potential leads. Phoenix PD then independently collected DNA evidence from Miller and matched it against the suspect DNA. The match was positive and prompted police to make the arrest.

Miller has pleaded not guilty. He is scheduled to go on trial in April 2017 and if found guilty, he could face the death penalty.