After posting a picture of the flyer in some neighborhood groups online, Lori Shields was encouraged to report it to police 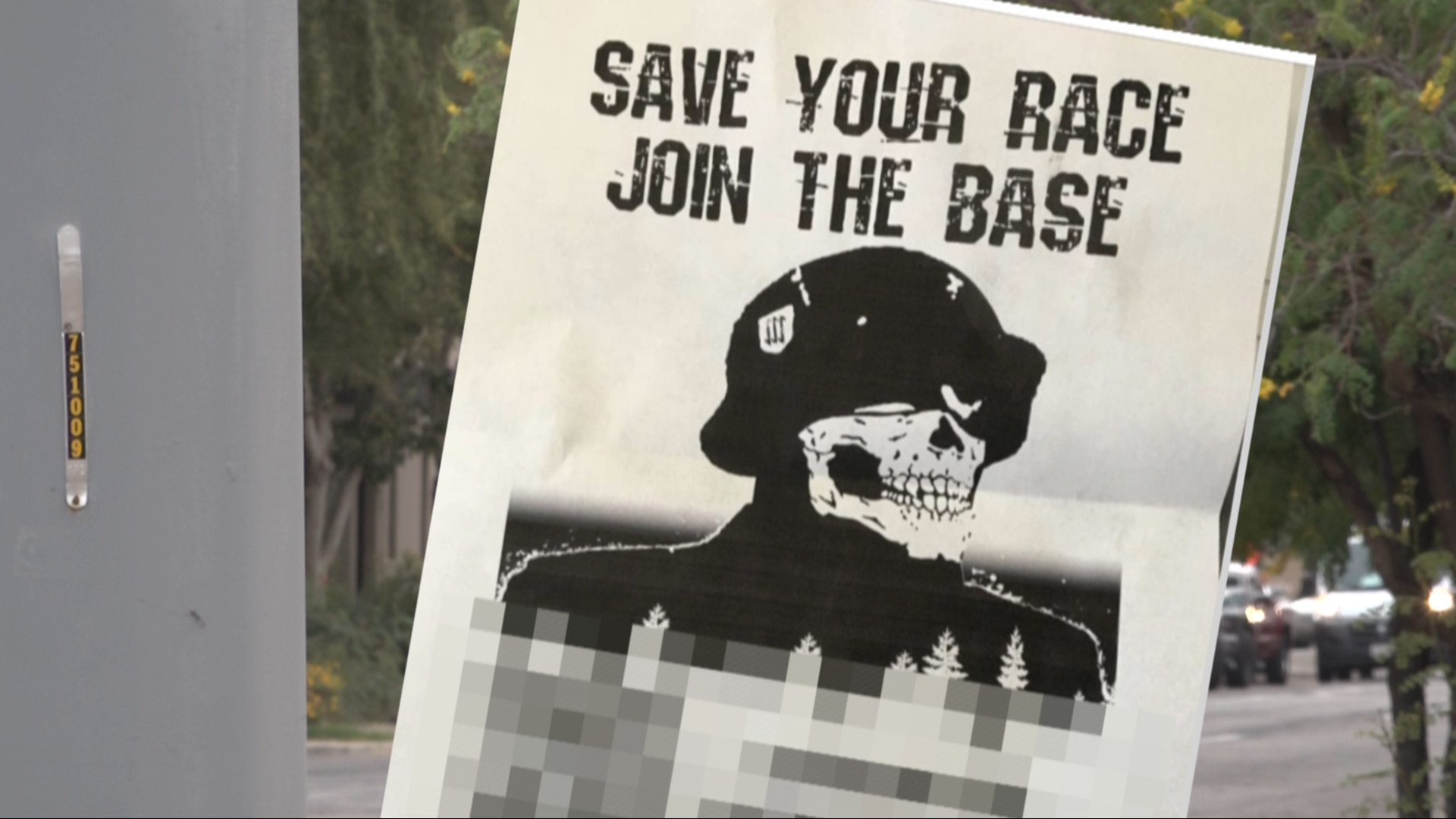 PHOENIX — You can see them all over downtown Phoenix – flyers for different groups and events. But on Sunday, one stopped Lori Shields in her tracks.

"This was kind of off-kilter a bit just because it was very much like a white supremacist thing that you see on the news, but I've never seen here," she said.

She pulled it down from a pole on the corner of and Third Avenue and Latham Street in the Roosevelt neighborhood of downtown Phoenix and took it home to research.  A code on the flyer took her to a recruiting website for The Base.

"It looked like WWII Nazi propaganda videos that you've seen from the old days," she said.

ADL said they consider The Base to be a white supremacy hate group and said it's starting to spread its presence online.

"What's most distressing about this group and the flyer is that it promotes deep racial hatred as well as preparation for what they consider a racial war," explained Carlos Galindo-Elvira, Regional Director for ADL Arizona.

After posting a picture of the flyer in some neighborhood groups online, Lori was encouraged to report it to police.

Phoenix police have not confirmed they are investigating this flyer, but a spokesperson said it would be something that would go to the Bias Crimes Unit.

However, the spokesperson added that it's tough to investigate something like this without knowing who posted the flyer.

"I'm hoping that if it's the only one, it was just some bored kid and something that's not going to be a grassroots effort," Lori said, "because there is no room for something like that in Phoenix."

RELATED: Flyers posted on college campuses around the Valley cause concern