After storms and flooding, cleanup complicated by flood plains and insurance

Families dealing with flooding in the Valley don't have flood insurance because they are in a location that is not in a flood plain. 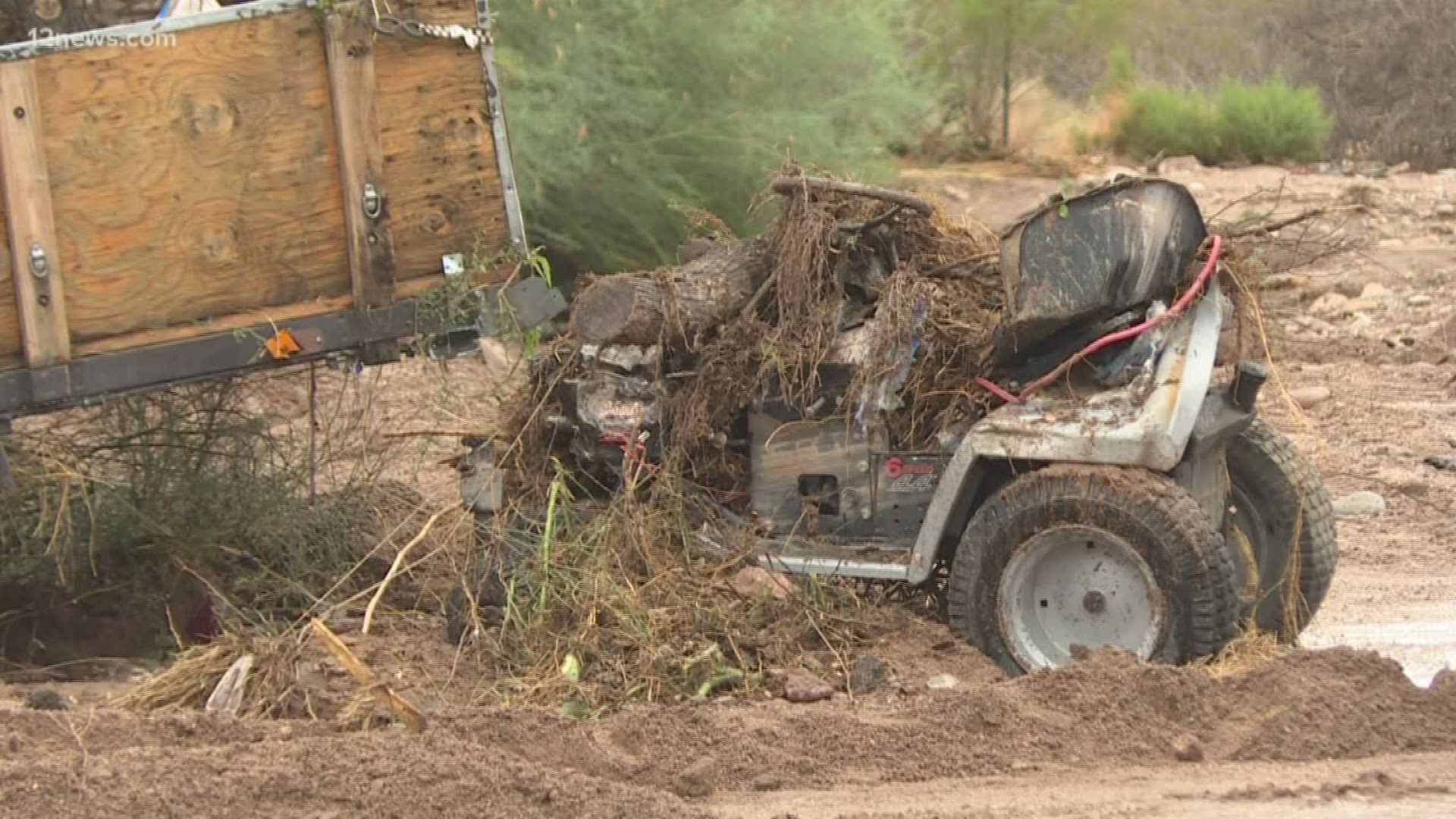 PHOENIX — Families are dealing with the aftermath of storms rolling through the Valley Monday, which left behind flooded houses and destroyed property.

Complicating matters is the battle over insurance.

Apache Junction saw flooding throughout the city on the first day of fall.

Cassandra Taylor and Karen Hale both saw their homes flooded. They both said they do not have flood insurance because they don't live in a flood plain.

However, their homes have flooded multiple times in recent years, despite being in a zone FEMA deems as having a minimal chance of flooding.

Karen Hale said her home has flooded four times in the last six years. FEMA maps zone her house as having a 0.2% chance of flooding annually.

Pinal County told 12 News Tuesdays the maps are not always accurate for multiple reasons. They could be outdated, underfunded or there could be other issues.

The problem is, these maps are often used by insurance companies to determine who needs flood insurance and who doesn't.

For the Hales and for Taylor, they said they were not offered flood insurance, in part because of where their homes were located.

It is possible to buy flood insurance separate of normal homeowners or renters insurance, but not being in a flood plain requires the owners themselves to seek out the insurance. Often families said they do not know they were at a risk for flooding.

“The easiest answer is to let everyone know everyone can be in a flood plain," Kelli Stertich from Maricopa County Flood Control said. “Everyone is at risk.”

She said it is common for areas outside of flood plains to occasionally flood. If there is flooding history, Stertich recommends getting flood insurance.

If you would like to see the map from FEMA and check your home you can go here.