Prosecutors say the defendant shot the off-duty fire captain during a heated confrontation. The defense says the shooting was self-defense. 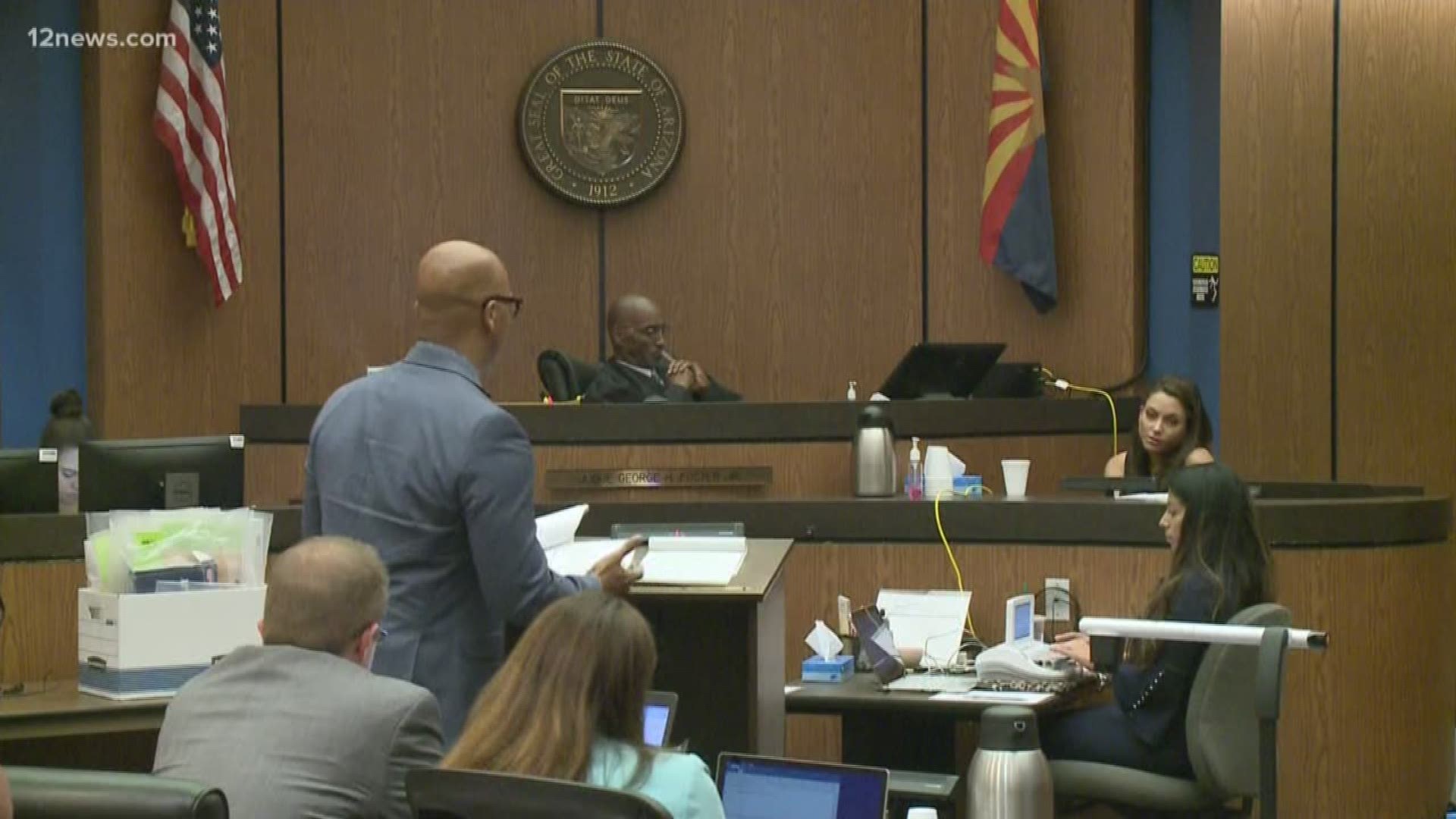 PHOENIX — A man is on trial for the death of an off-duty Tempe fire captain in 2018. The jury will deliberate whether the shooting was murder or self-defense.

In February 2018, Tempe fire Captain Kyle Brayer was shot and killed in front of his friends after a night of drinking in Old Town Scottsdale. Hezron Parks was charged with second-degree murder in Brayer’s death.

His trial began on Monday. It was a somber scene outside the Phoenix courtroom with Tempe firefighters gathering outside.

“We’re here to show support for a man who can’t be a voice for himself anymore,” one of the firefighters said.

Prosecutors claim Parks killed Brayer during a heated argument. But the defense says Brayer became physically aggressive and that Parks fired his gun in self-defense.

On that night, Brayer and his friends were riding on the back of a golf cart in Old Town Scottsdale when Parks pulled up in a red sedan.

Witnesses on the golf cart told investigators the car revved its engine and bumped the back of the cart several times. Parks, meanwhile, told police he was going with the flow of traffic and “didn’t hit any golf cart.”

Witnesses and police agree Brayer got off the golf cart, but the stories again conflict here.

The people on the golf cart old police Brayer was a good distance away from the window and had not said a word when they heard a gunshot and the car sped off. Parks says Brayer was kicking his car and approached the driver’s side window before he fired the fatal shot.

The state flew in a witness who was on the golf cart. However, she testified that she could not recall much of the night because she was drunk and high on cocaine.

She also told the court that Brayer's friends and family harassed her into testifying, to the point where she had to block their numbers.

On Tuesday, the court played audio from the night of Brayer’s death of the witness talking to detectives about what happened.

In the audio, the witness mentions she had never visited Arizona before and was in town for a golf tournament. She told detectives she and her friends met several firefighters at a golf tournament and ended up going out with them to Old Town Scottsdale.

After a night of drinking, they rode on a golf cart back to where they were parked, at which point she says an African-American man was tailing them and driving aggressively in a red car.

The defense team focused on the fact that she was under the influence of alcohol and cocaine that night, questioning her recollection of the events.