They are pushing for legislation to ensure that first responders get insurance benefits for cancer linked to their jobs. 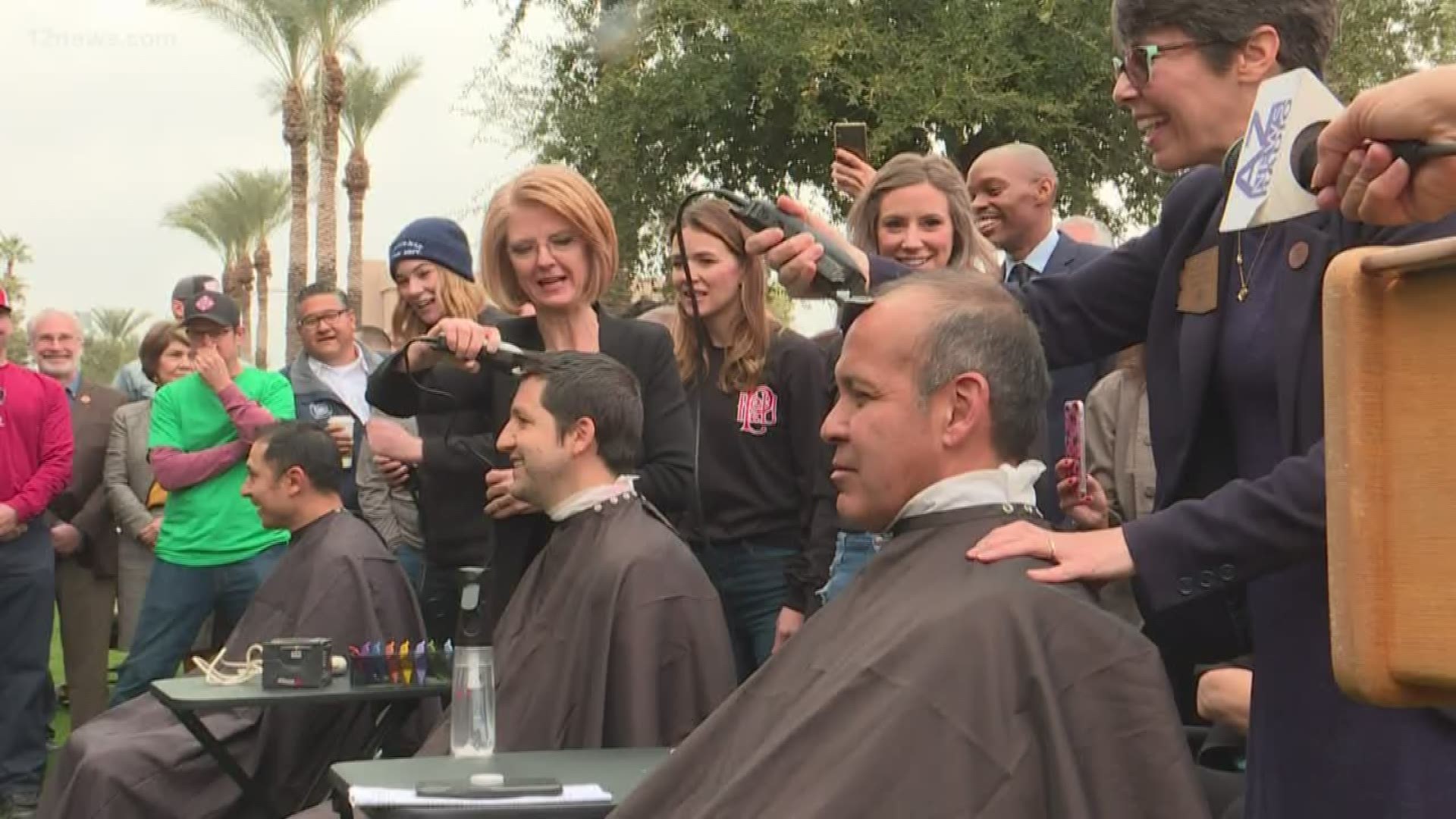 PHOENIX — In a push for new legislation, lawmakers and first responders took to the capitol lawn to endorse a new bill to ensure firefighters and other first responders get insurance benefits for cancer linked to their jobs.

“Our first responders have been denied their benefits that we spelled out in 2017 and that is not OK," said State Senator Heather Carter to a crowd of first responders and politicians Thursday morning.

A 3-year-old law was supposed to protect first responders suffering from job-related cancer. So far, it hasn’t worked out that way.

“In this legislation, we will make the cancer claims irrebuttable,” Sen. Carter said.  “What does that mean for our firefighters? It means they can spend time fighting cancer, not the government.”

A new piece of legislation, with bipartisan support, would make it harder for insurance companies to deny cancer claims. The bill would also add ovarian and breast cancer to insurance coverage.

Credit: 12 News
Tempe Firefighters hose down after a house fire, Sept. 9, 2019, becoming a common practice among firefighters to wash possible carcinogens off their turnouts.

In a show of solidarity, Senators Paul Boyer and Robert Meza shaved their heads in honor of First Responders fighting occupational cancer.

“It feels great,” said Senator Boyer of the new cut.  “It’ll feel better once the bill is passed.”

Medical studies have shown that first responders are exposed to chemicals on the job that are linked to specific cancers.

Goodyear Firefighter Austin Peck was one of the first responders whose cancer claim has been denied. His family is still fighting with the insurance company over his benefits and workman’s compensation claim.

“Austin spent three of his years not just fighting cancer, but fighting the insurance companies,” Marie Peck, Austin Peck’s mother said.  “And we know that his care was not what it could have been because we had to wait for the blessing from insurance to go through.”

Peck goes on to say that had Austin Peck been seen through workman’s compensation, that he may have received the care he needed in a timely manner.

The bill is expected to be introduced by the end of this week. The 2017 bill passed with little opposition.