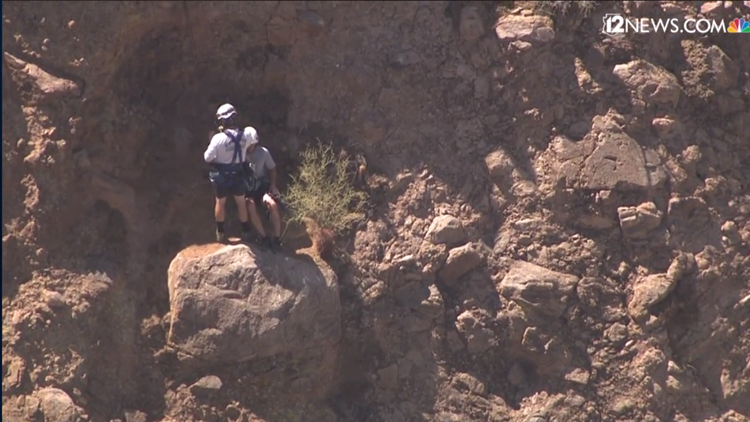 PHOENIX — A man refused medical treatment after being rescued from Camelback Mountain by Phoenix and Tempe firefighters on Sunday, authorities said.

Firefighters responded to a report of a man with a lower-leg injury near the Echo Canyon Trailhead at the mountain, Phoenix Fire Department said. When firefighters arrived at the scene, they determined the man couldn't walk due to the injury and sent for a helicopter to perform a hoist maneuver.

The man was successfully extracted from the mountain after being hoisted by the helicopter to where an ambulance was waiting to transport him to the hospital, firefighters said. The man was airlifted to a designated area, but refused medical treatment and left the trail in his own vehicle.

Mountain rescue 911: Should hikers have to pay for their own rescues?Phoenix Fire reiterates hiking safety after rescue