The store is located on 19th Avenue south of I-17. 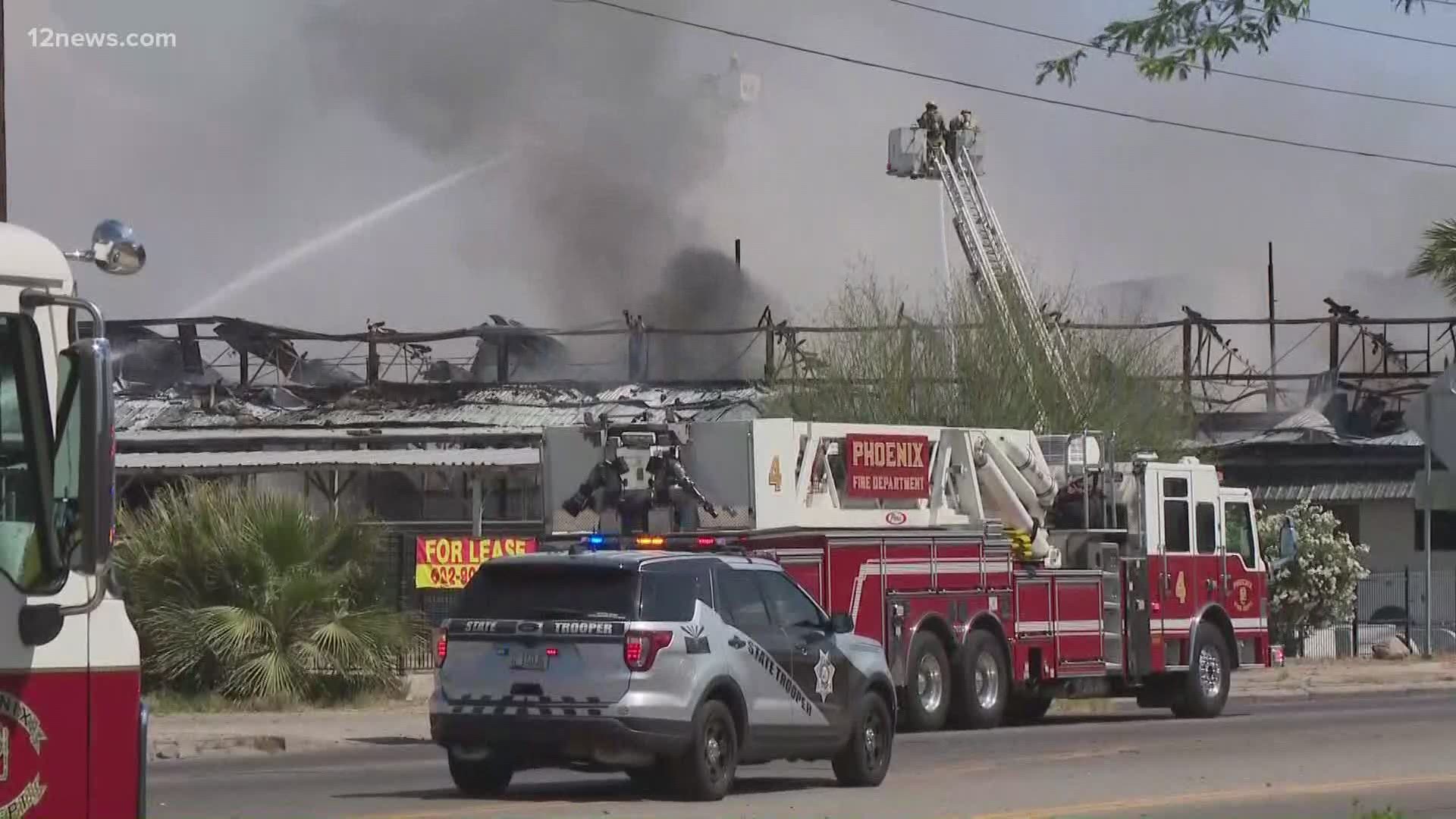 PHOENIX — Firefighters are working to put out a second alarm structure fire at an equipment store, the Phoenix Fire Department said.

Over 100 firefighters responded to the blaze at the Drake Equipment store, the department said. 19th Avenue between the I-17 and Lower Buckeye has been closed for north and southbound traffic for the "next couple of hours" due to the fire.

Firefighters blasted water from elevated ladders on the fire to gain control of it, the department said. Crews said they stayed at the scene to put out hotspots and overhauling the structure.

No one was injured in the fire and the cause is under investigation, firefighters said.

This is a developing story. Tune into 12 News for the latest updates.