No arrests made during 5th night of protests over deaths of George Floyd, Dion Johnson in Phoenix

For the fifth-straight night, protesters marched in downtown Phoenix following the death of George Floyd in Minnesota. 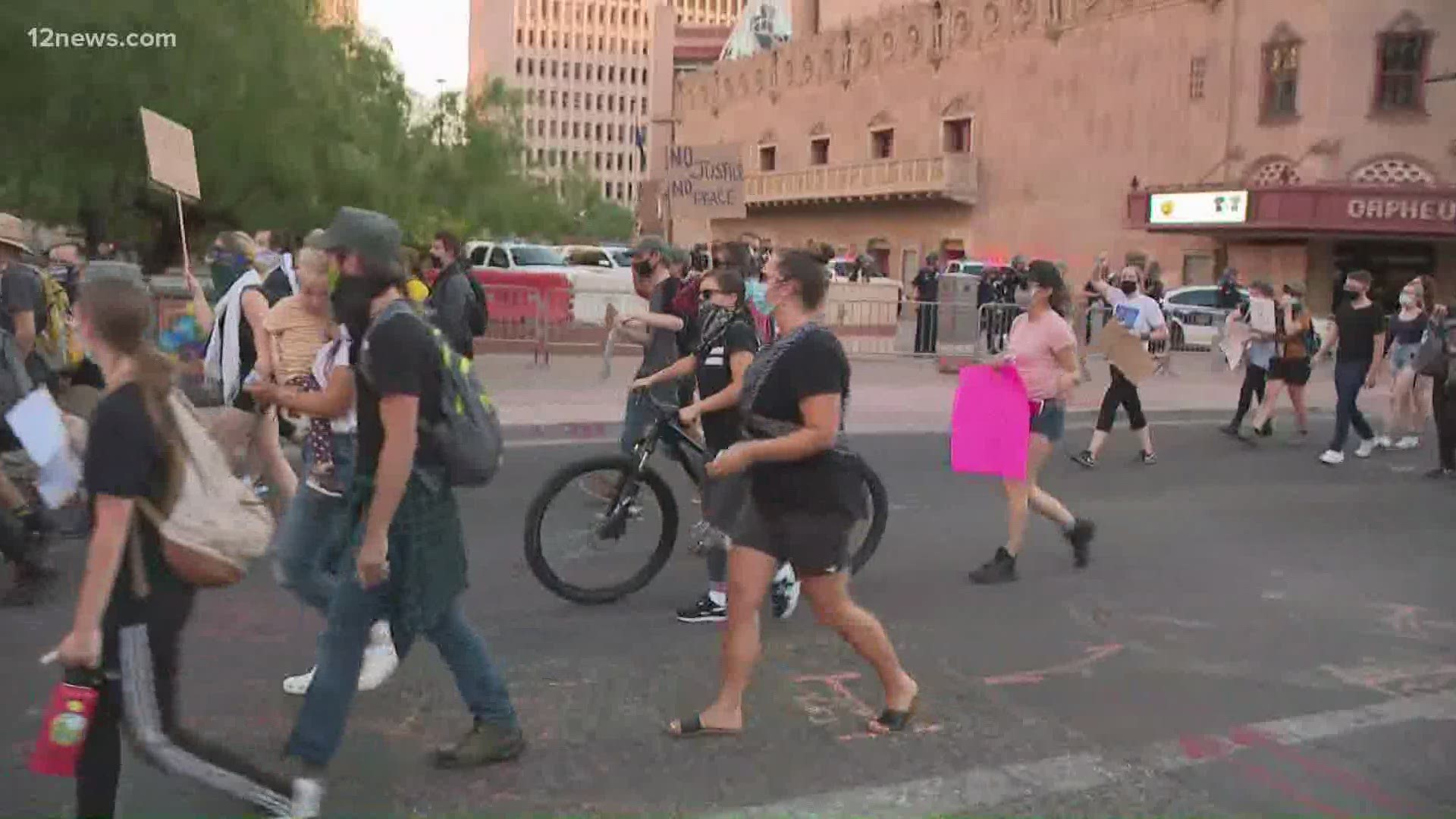 PHOENIX — No arrests were made during the fifth-straight night protesters marched in downtown Phoenix following the death of George Floyd in Minnesota, according to police.

The downtown protest remained peaceful Monday night which was a much different scene compared to previous nights.

More than 200 protesters were arrested in Phoenix Sunday night following the 8 p.m. curfew put into place by Gov. Doug Ducey.

Crowds began marching on Monday in Phoenix just before 7 p.m.

Police closed 7th Avenue and 7th Street on- and off-ramps to I-10 in downtown Phoenix.

The protesters remained peaceful, holding signs, chanting and listening to organizers speak along the way.

At one point, the demonstrators walking down 6th Avenue encountered a wall of police officers in riot gear at Adams Street.

The protesters raised their hands, took a knee in front of the officers and shouted "I can't breathe!" several times before turning left moving on.

Video shows police officers even walking with the protesters at one point.

Organizers reminded protesters about 30 minutes before curfew to be back at 5 p.m. on Tuesday so they could march again.

The curfew went into effect for the second night in Arizona at 8 p.m.

Police announced via loudspeaker that being a public place could lead to arrest as the protesters dispersed.

The protests held in the Valley have been focused on the issue of police brutality, the death of George Floyd in Minnesota, and the killing of Dion Johnson by a DPS trooper May 25.

The 8 p.m. curfew this week prohibits all individuals, with some exemptions, from "using, standing, sitting, traveling, or being present on any public street or in any public place, including for the purpose of travel."