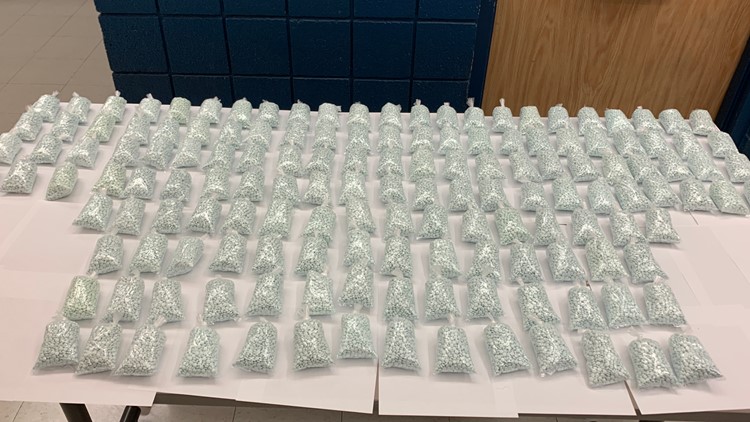 Nearly 170,000 pills seized in one of Arizona's largest fentanyl busts

PHOENIX — Agents with the U.S. Drug Enforcement Administration and detectives with the Phoenix Police Department made one of the largest fentanyl pill seizures in Arizona, it was announced Thursday.

In all, agents and detectives said they seized about 169,150 pills from 24-year-old Marcelino Ontiveros Quintero.

The agency said a task force had developed intelligence about Ontiveros Quintero's drug trafficking activities and launched an investigation into the organization earlier this month.

During a surveillance operation, agents and detectives asked the Arizona Department of Public Safety to make a traffic stop of a car in which Ontiveros Quintero was a passenger.

The driver was identified as Norma Ibarra Justo. The DEA said Ibarra also had fentanyl pills, which she tried to get rid of during her arrest.

Investigators said they found 4,000 more fentanyl pills when they searched locations in Phoenix and Peoria.

The suspects were booked into Maricopa County Jail, and charges have been submitted to the County Attorney's Office for review.