Phoenix police say a woman who was in the suspect vehicle during the shootout died. 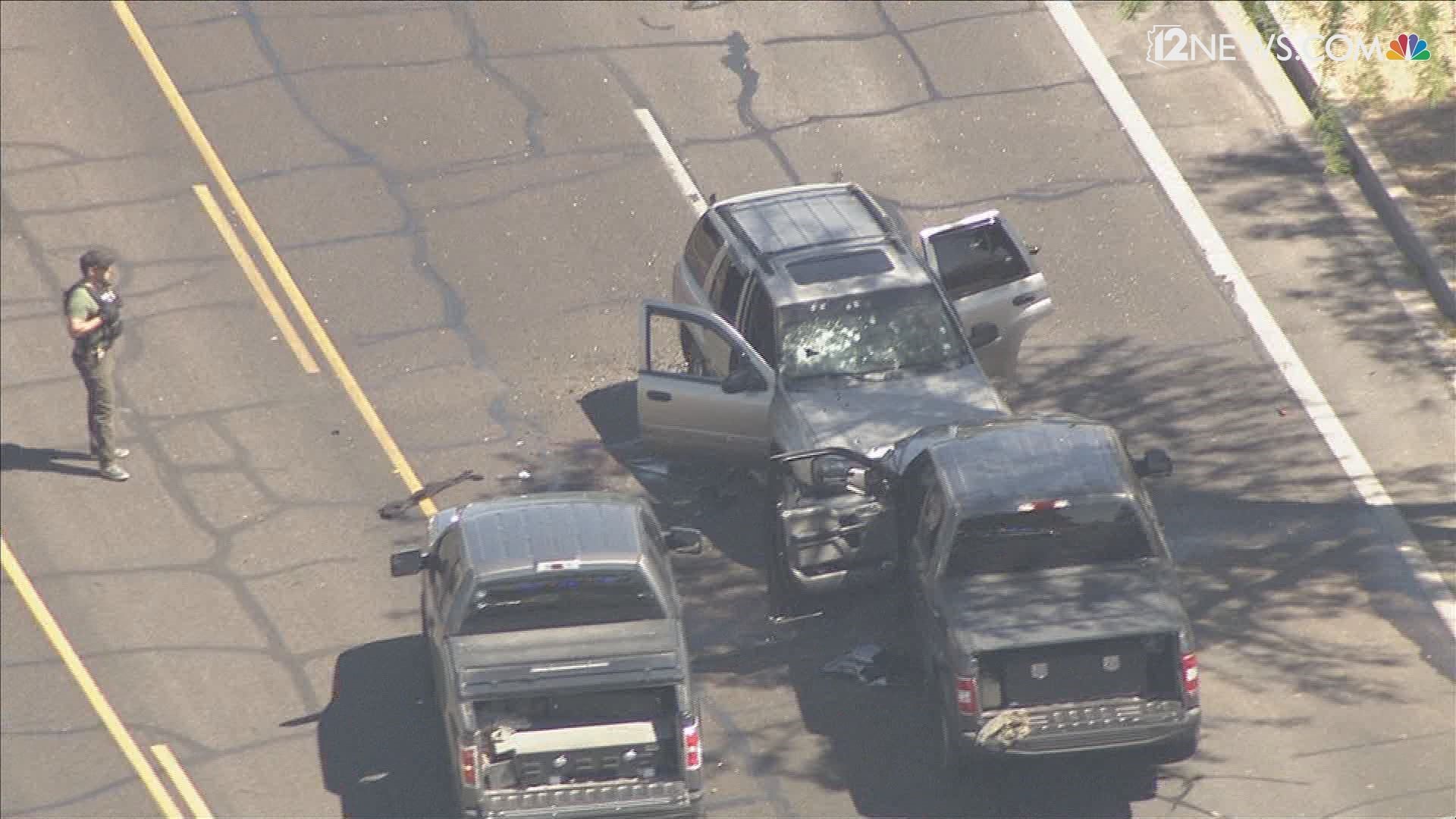 The shooting happened on 48th and Kiowa streets, near the Warner-Elliot Loop just before 10 a.m.

All four HSI agents involved were taken to a local hospital for non-life threatening medical evaluation, an ICE representative confirmed to 12 News.

Yasmeen Pitts O'Keefe, a spokeswoman for ICE, said the agents were executing a federal arrest warrant for the two suspects when the shootout happened.

The Phoenix Police Department, who is leading the investigation into the shootout, said there were five people in the suspect vehicle and that one of them, a woman, was pronounced dead at the scene.

According to information provided by police to the staff of Phoenix City Councilman Sal DiCiccio, the federal agents force-stopped the suspect vehicle and the suspect in the front passenger seat opened fire with an assault rifle.

Aerial footage of the scene showed two trucks stopped in front of an SUV. The SUV and at least one of the trucks had a damaged windshield, appearing to be from gunfire.

The footage also showed a truck that had crashed through a backyard wall and a person being loaded into an ambulance at the scene.

A witness at the scene told 12 News he heard at least 50 shots.

Another witness, Romualdo Duarte, captured video from his yard of the shooting's aftermath. 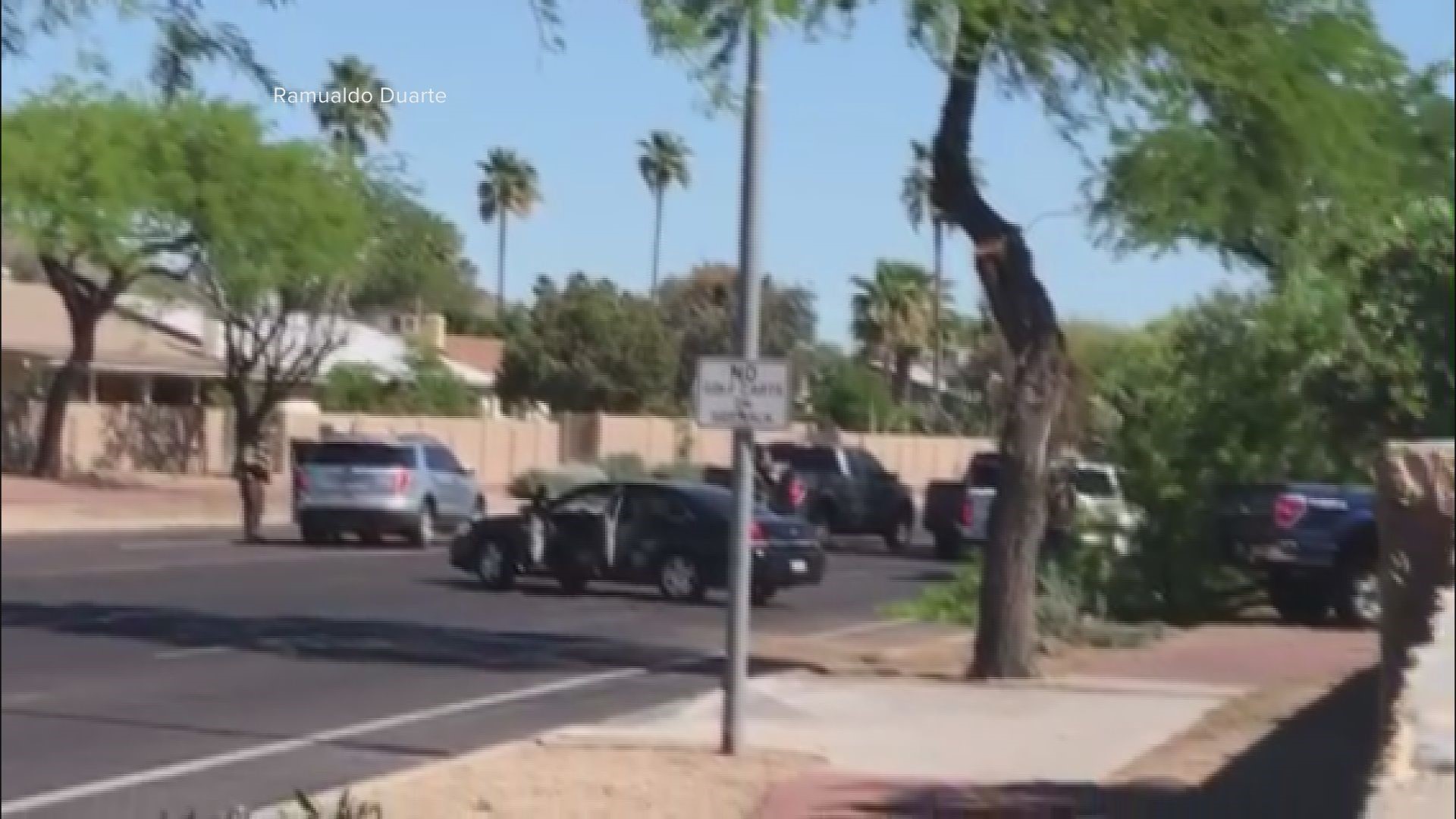