The fire was actually a “cascading thermal runaway event” inside a large APS energy storage facility, according to the new report. 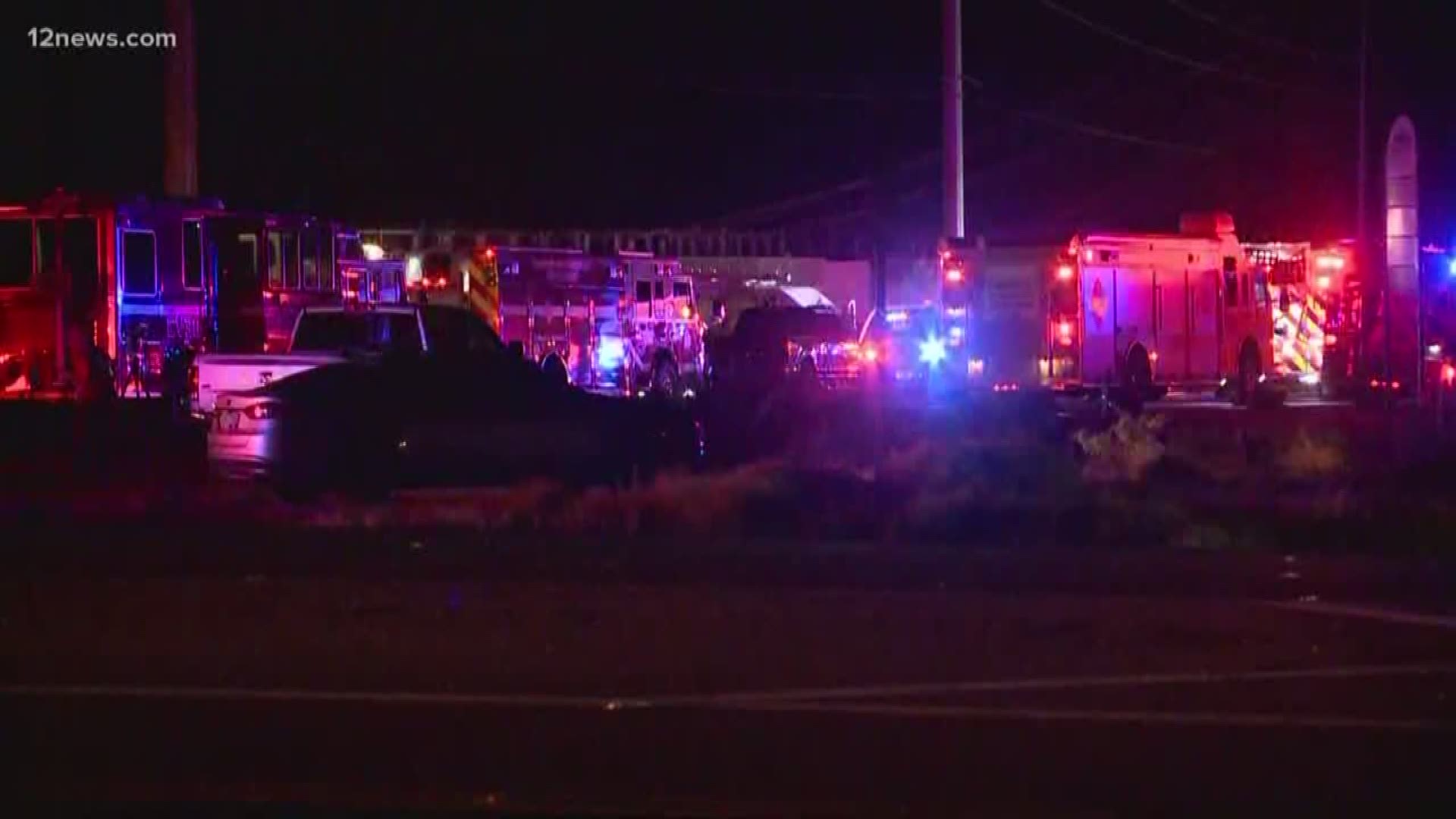 SURPRISE, Ariz. — A thermal chain-reaction caused by a faulty battery system triggered the explosion that injured eight firefighters in Surprise last year, according to a report released Monday by the Arizona Public Service Company.

Crews responded to 911 calls of unusual smoke coming from an APS facility near Deer Valley Road and Grand Avenue on April 9, 2019.

Eight firefighters were injured in the explosion near Deer Valley Road and Grand Avenue, according to a spokesperson for the Surprise Fire Department.

Investigators said that an explosion erupted as soon as Peoria Fire-Medical Department's hazmat team opened the door of the facility to investigate.

The aftermath of the explosion was captured on body camera as officers rushed to help the firefighters, four of whom were hospitalized.

The fire was actually a “cascading thermal runaway event” inside the large APS energy storage facility, according to the new report.

The heat from one defective cell inside the company’s Battery Energy Storage System, or BESS, spread to the racks of other batteries. The entire facility is about the size of a shipping container full of computers and battery cells used to store solar energy.

The chain reaction caused a buildup of toxic and combustible fumes, and the facility’s fire control system wasn’t equipped to handle chemical fires, according to the report.

As soon as crews opened the door, the fumes escaped and ignited, causing the explosion.

The report found five key factors that contributed to the explosion and recommended numerous safety changes to ensure a similar explosion isn’t repeated.

Additional ventilation and barriers between the battery cells could have prevented the chain-reaction, according to the report.

“Today’s standards better address hazard assessment and training for first responders, although the industry expectation should go even further and require that hazard assessments and training take place before and during the commissioning of these energy storage systems,” the report concluded.

All eight firefighters survived the blast.

Read the full report below: