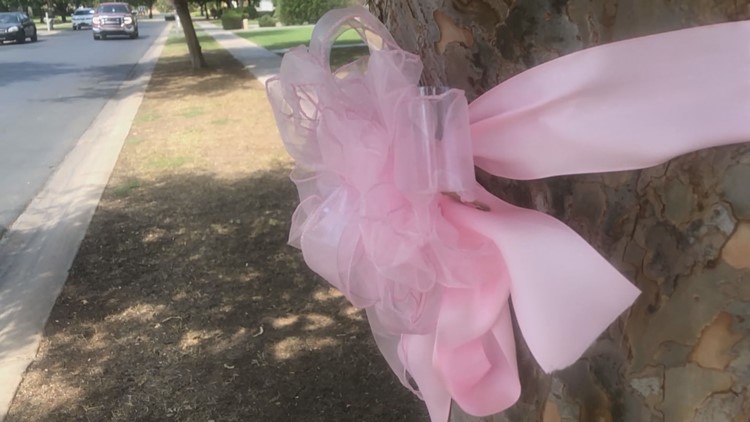 Photo by: 12 News
A pink ribbon tied on a tree outside the house where a 3-year-old girl who died in a hot car lived.

GILBERT, Ariz. — Maricopa County Attorney’s Office declined to prosecute Scott Jones in the death of his 3-year-old daughter who was left inside a hot car for hours.

On Sep. 3, 2019, Gilbert Police responded to the scene near Elliot Road and Higley Road on Vaughn Court and were advised the girl was left in a vehicle for two to three hours.

At that time, police said charges were going to be determined once the investigation was completed.

On Dec. 17, 2019, Jones was arrested on suspicion of negligent homicide in his daughter’s death. He was processed and released the dame day.

At that point, the investigation was submitted to Maricopa County Attorney’s Office, where the decision was made Tuesday not to prosecute Jones.

MCAO said the decision was made because “the evidence in the case did not support a reasonable likelihood of conviction at trial.”