Steven Hoffman was killed while walking on the sidewalk in the area of 23rd and Dunlap avenues in Phoenix, and his family wants someone to be held responsible. 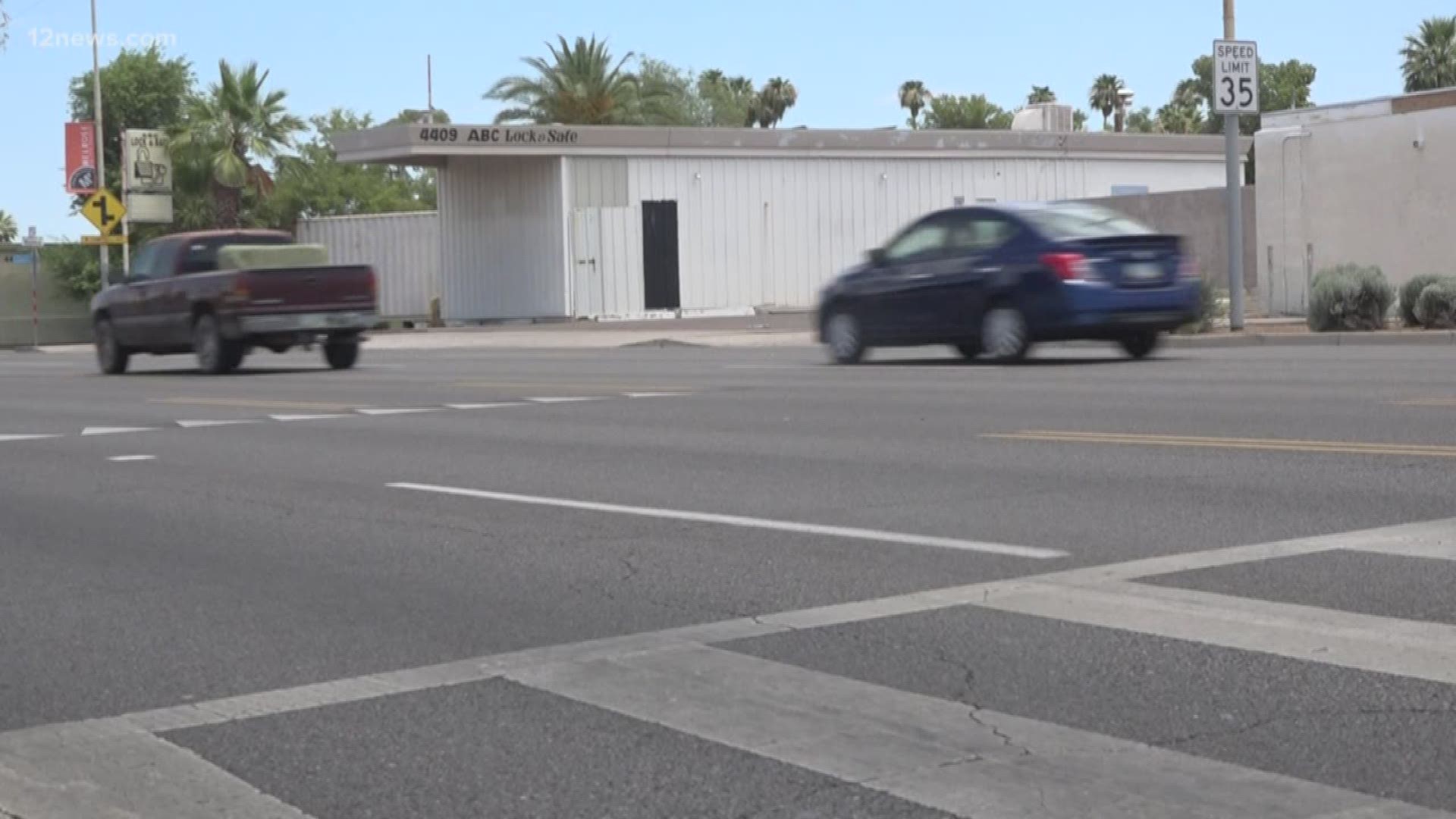 PHOENIX — Flowers, candles and stuffed animals sit alongside the road near 23rd and Dunlap avenues in Phoenix.

Police say Steven J. Hoffman was on the sidewalk in the early morning hours of July 2, when a Ford Expedition hit him and drove away. Hoffman died on scene.

"It's kind of been a fog since Tuesday," Hoffman's sister, Nichole Smith said.

His family is still in shock, as this is the second member of their family to be hit and killed by a car as a pedestrian.

"My brother was a very warm and open person who loved hard," Smith said.

Hoffman is one of more than 100 pedestrians killed in Arizona so far this year. Last year, preliminary reports from the Governor's Office of Highway Safety show 246 people died in pedestrian accidents, which is up from 227 people in 2017.

Alberto Gutier is the director of the Governor's Office of Highway Safety, and he believes increased population in the state has added to the deaths.

"We have increased our population quite a bit, by about a million drivers and a million vehicles. More drivers, more vehicles, more speed, more people not paying attention," Gutier said.

Gutier said more education, enforcement and prevention, like crosswalks at smaller intersections, all help. Beyond that, mutual respect is needed between drivers and pedestrians.

"Pedestrians need to respect vehicles, and vehicles need to understand, especially during rush hour and other times, with a lot of traffic, a lot of pedestrians, people crossing sidewalks, etc., slow down, pay attention," Gutier said.

Police don't know who was behind the wheel that hit and killed Hoffman. Anyone with information about the driver is asked to call Phoenix Police or Silent Witness.

"You should really be a human being and come forward," Smith said.

Hoffman's family wants people to think before they get behind the wheel, so no other family has to bury their loved one.

"What you would do if that was your brother, your sister your daughter, your son, your mom? Maybe you could make a change in the way you're driving your car," Smith said.