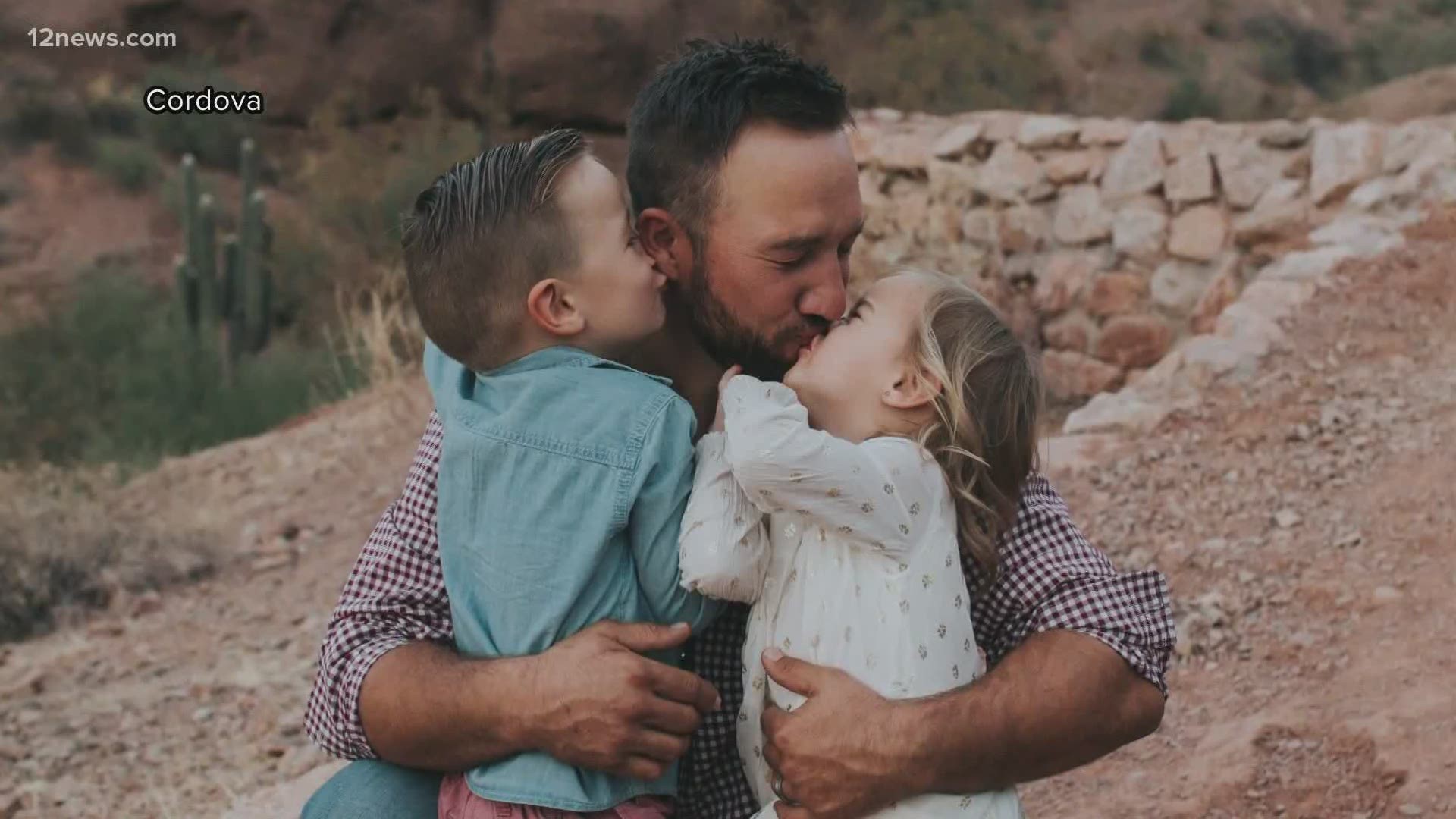 GILBERT, Ariz. — A Scottsdale family is pleading for answers after a husband and father was killed at his Gilbert business at the end of May.

The nightmare began on May 27, the day Nick was taken from his young family.

“I’m trying to stay strong for them, but it’s so hard to be strong when you’re dying inside," she said.

Alysha never imagined her husband would be killed in the middle of a video chat with his own family.

“My kids and I were FaceTiming him when he was attacked," she said. "The kids, they didn’t see anything. It was just kind of like you’d see a phone in a pocket. You saw white. But I knew as soon as my daughter said something is wrong with dad, I grabbed the phone."

Gilbert Police is not saying how he died but is investigating his death as a homicide.

They released video of one of the possible suspects. Police say Nick was found dead inside his business, Gilbert Air, at the end of May.

“(It was) the worst possible day, besides having to tell my kids that their dad wasn’t coming back," Alysha said.

The two possible suspects were last seen near Cooper and Guadalupe roads, according to investigators.

The community, friends and family have been holding the Cordovas tightly since their unimaginable loss.

“It’s just not fair for them," Alysha said. "My innocent babies have to live without their dad.”

Both Alysha and Nick’s mom Theresa are asking for anyone who knows anything to come forward.

“His family was everything to him, everything," Theresa said. "He worked day and night to provide for them.”

“(We) just plead, like beg you to speak up," Alysha said. "We need answers. And my husband deserves justice."

If you think you know anything that could help solve this case, you can contact Silent Witness at 480-WIT-NESS. A reward for up to $10,000 is being offered.

There’s also a GoFundMe set up for the family.