'Give him a chance': Parents sue Arizona Donor Network, believe son who doctors say is brain dead is actually alive

Doctors declared 26-year-old Ruben Vati as brain dead on Sept. 15, but his parents do not want to see his organs donated before his heart stops beating. 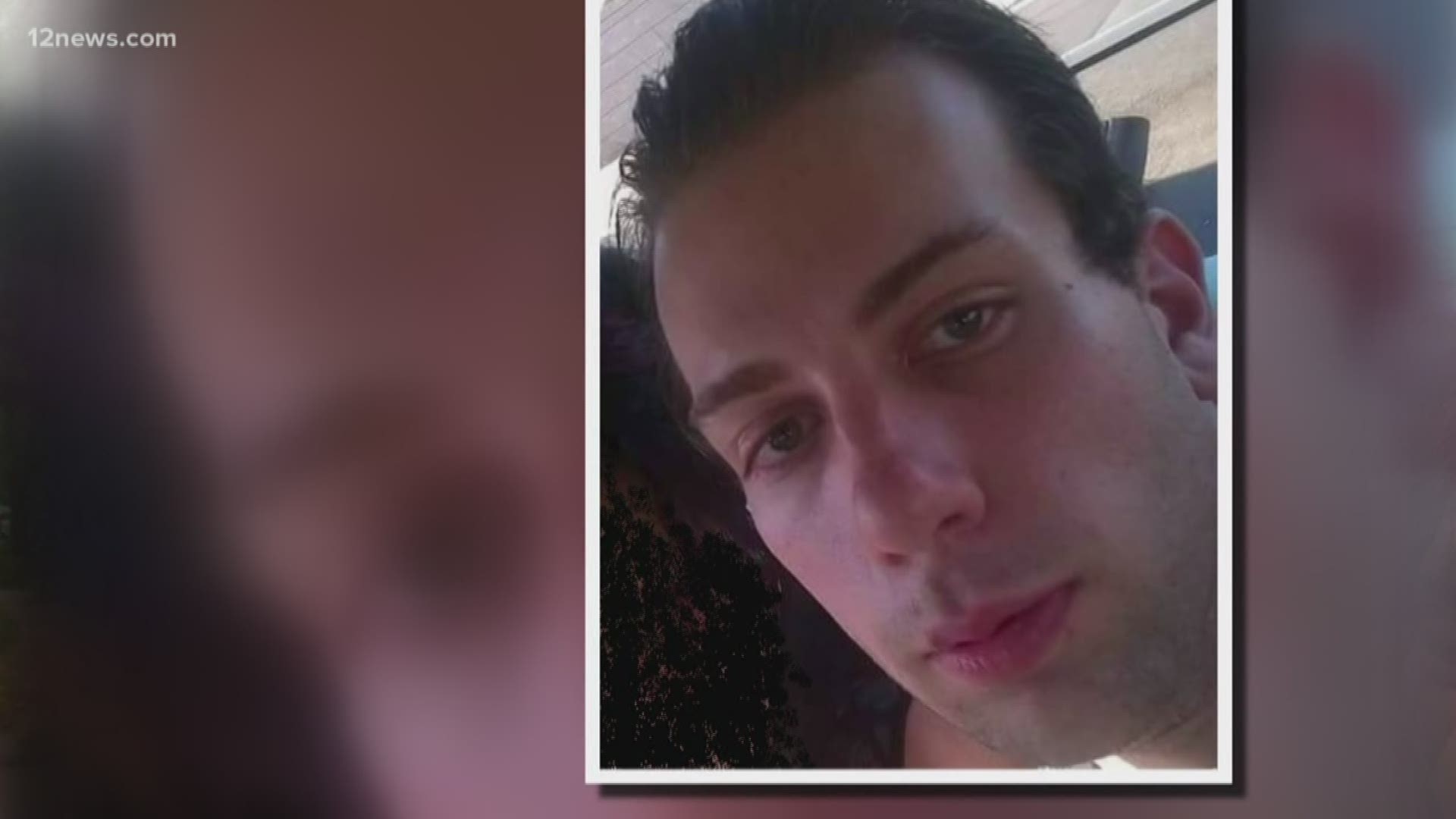 PHOENIX — “Give him a chance, no matter who he is, we love (him) so much. He is our son. We love him so very, very much,” Stela Vati said.

Her son, Ruben, was found struggling to breathe by his brother on Sept. 11. The brother called 911 and performed CPR.

Ruben had drugs in his system and was declared brain dead on Sept. 15.

Ruben Vati is a registered organ donor. By state law, the Arizona Donor Network is required to remove his organs for donations.

However, the family said they saw signs of life and don't believe their son is actually dead. They said they do not want his organs donated.

The family is suing to keep their son's heart beating and his organs within his body. The Arizona Donor Network is suing to remove the organs and give them to people, potentially saving the lives of five seriously ill people.

The family was able to get a temporary restraining order to keep their son on life support and his organs intact, but it is unclear how long it will last.

"We know he’s in there,” Daniel Vati, Ruben's brother, said.

However, according to court documents, Ruben was issued a death certificate on Sept. 15, when doctors said he was brain dead.

"We don’t believe them because we see things, you know," Stela Vati said.

The family sent a note to court claiming to witness signs of life, like sweating and tearing up.

According to the Department of Health and Human Services, sweating and flushing are sometimes seen in brain dead patients.

The Donor Network is counter-suing the family for their son’s organs to help save the lives of five seriously ill people. In court documents, they said the ability to use Ruben's organs goes down with each passing day.

The family wants a second chance.

“We don’t want to lose him. We love him more than anything. We want to give him a chance to live,” Stela Vati said.

The two sides will meet in court on Thursday.

What does it mean to be an organ donor?

When you sign up as an organ donor, it gives the donor networks the ability to remove and transplant your organs on your legal passing.

Information provided by the Donation Network of Arizona states:

"The Centers for Medicare and Medicaid Services (CMS) requires hospitals to call Donor Network of Arizona (DNA) in the event of any death. Hospital employees do not have access to the DonateLifeAZ Registry to confirm any patient’s donor status. A referral call prompts DNA to check a patient’s registry status since DNA is the only organization with access to such information. The timely referral of patients who meet the criteria for donation is essential to the donation process.

"The patient in front of a physician is his or her top priority. A patient’s death in the ER, or other hospital setting, happens because all lifesaving efforts have been made, but the trauma was too severe.

What does it mean to be brain dead?

According to American Academy of Neurology and UNOS, brain death is death. It is the irreversible cessation of all brain activity, including the brain and brain stem. Most organ donation occurs after brain death declaration, though in some instances organ donation can occur following cardiac cessation. Brain death is declared by a hospital physician who, in accordance with accepted medical standards and following the hospital policy, makes the diagnosis of brain death.

The time of the brain death determination is the person’s legal time of death.

There has never been a documented case of recovery from brain death under circumstances where all confirmatory and clinical tests have been performed accurately.

In the context of an in-hospital death, a brain-dead patient may appear alive because the chest rises with breath and the heart may continue to beat through artificial support, such as a ventilator and medications.

According to the U.S. Department of Health and Human Services, U.S. Library of Medicine, the following manifestations are occasionally seen in brain-dead patients and should not be misinterpreted as evidence for brainstem function:

Brain death is not a coma. Individuals, who are in “persistent vegetative states,” or comas, are not candidates for organ donation because these patients are not deceased. Two paths allow for donation: Only patients who are declared brain-dead or patients who are approaching death whose families wish to withdraw care.

RELATED: From strangers to family, organ donor meets the woman he helped save

RELATED: Thousands of people are waiting for life-saving organ transplants in Arizona