'He was my best friend': Loved ones say goodbye to Phoenix police officer Ginarro New

Police said that Officer Ginarro New was killed in the line of duty last week after another driver ran a red light and crashed into his squad car. 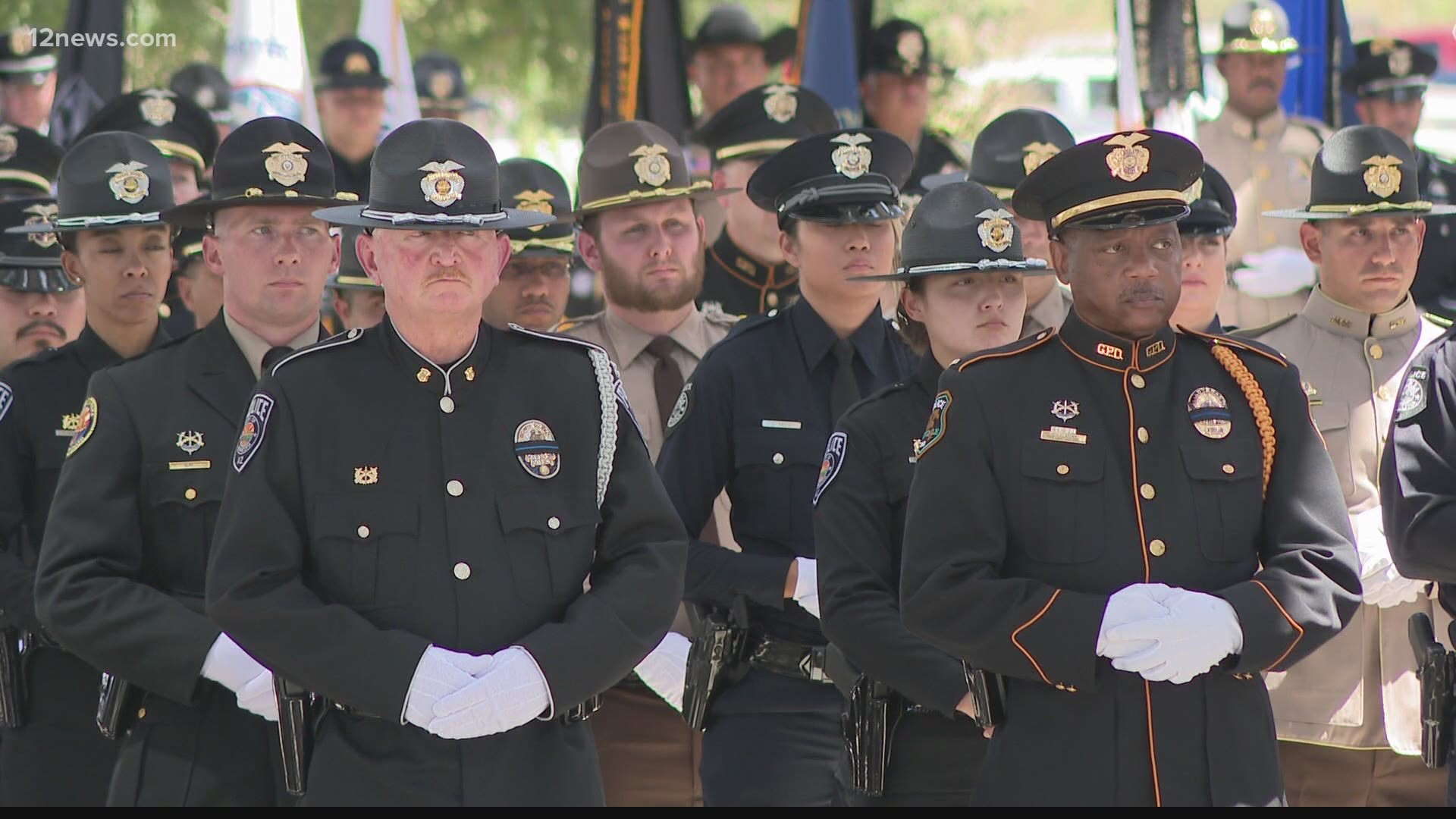 Police said that Officer Ginarro New was killed in the line of duty last week after another driver ran a red light and crashed into his squad car near Cave Creek Road and Greenway Parkway.

"He was my best friend," Kristen New said at his service. "It feels unfair that we didn’t get to do as many things we didn’t want to do."

The couple met and married at a young age, but Kristen New said that their life together was easy. Officer New was only 27 years old when he died.

"I would relive the time with him a thousand times over because he was my soulmate," she said.

By all accounts, Officer New was passionate about his work and helping others.  He served in the Marine Corps and worked as an EMT before achieving his goal of working as an officer.  He'd been with Phoenix Police Department for less than two years at the time of the crash.

The void he left behind is felt in his family, his squad and the community he served.

"I knew I could ask him to do anything and he would take care of it. No complaints, no arguments and it would be done well," said his supervisor, Sgt. Dan Tomko.

Fellow officers called him reliable, someone willing to do whatever he could to grow and help others.

"We will miss the stern, compassionate way he did his job," Sgt. Tomko. remembered. "By arresting them and buying [them] a hamburger at the same time."

Another memory shared at the funeral came from Officer New's partner, Officer Raul Saenz. He talked about the time the pair helped deliver a baby while out on patrol.

"New jumps the wall and gets down in there and he’s tugging and tugging at the baby, trying to get the baby out," Saenz said, adding that Officer New was composed and calm throughout that chaos.

The service for Officer New included full police honors and a flag folding ceremony, all while family and friends watched through tears.

"I know the sacrifice you all make," Kristen New said to the fellow officers. "And I know it more truly than I ever did before."

She said that she hoped others would learn from the way her husband lived his life and put others before himself.

"Take his personality," she said. "Take his humor. But also take his heart of gold. Give to others as he gave to us."