Phoenix police said they could not answer any questions about the case due to ongoing litigation. 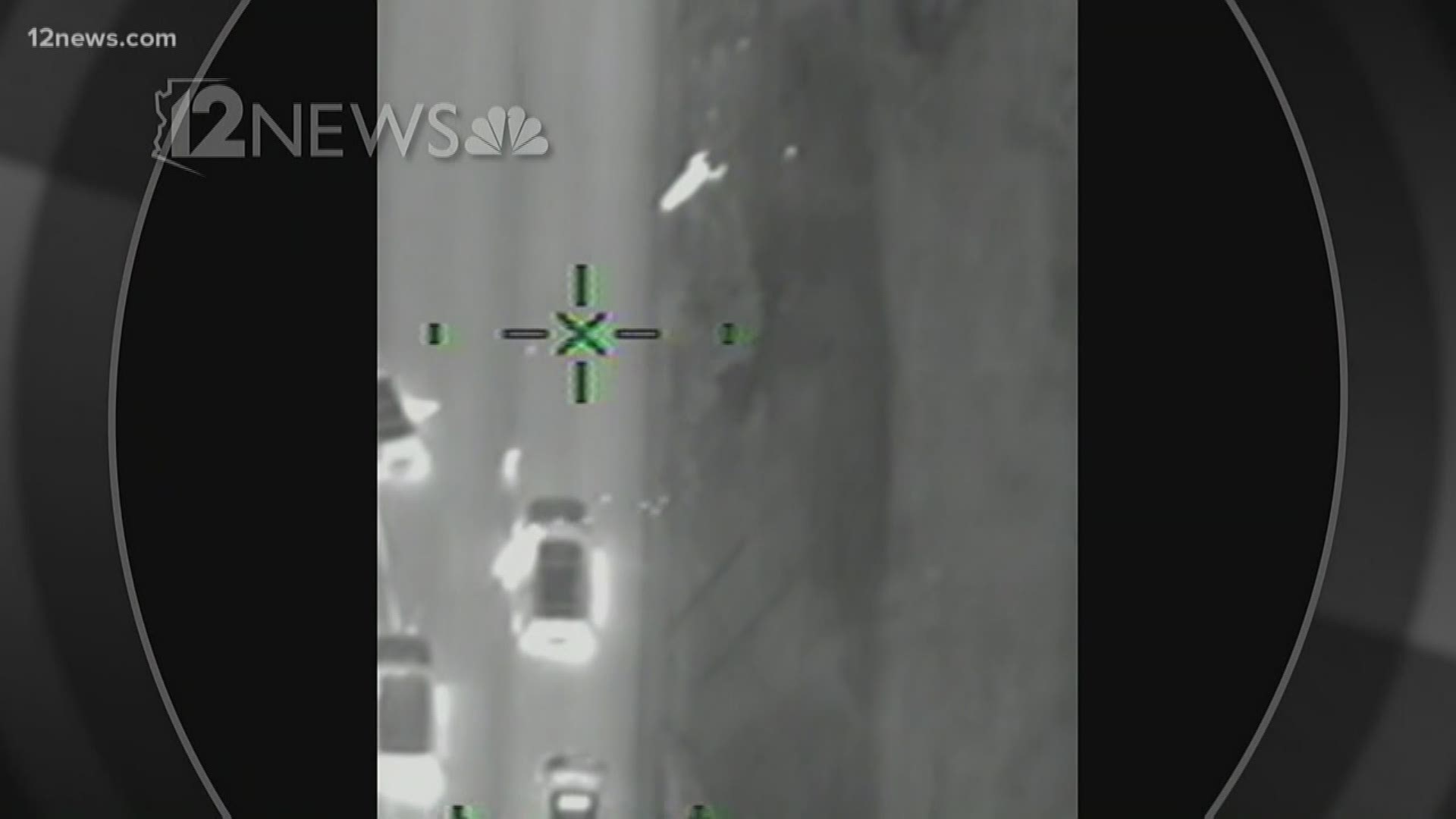 PHOENIX — The family of a man shot and killed by Phoenix police almost a year ago is suing the city and the officers involved.

Jacob Harris, 19, was shot and killed last January after police say he was part of a string of armed robberies.

Police video shows a group of masked men going through the drive-thru window of a Whataburger. Then with guns drawn, they force a worker into a back room while they try to rob the place.

Then, video shows the suspects escaping in a car. That eventually led to a chase on Camelback Road.  Police were able to stop the car using a PIT maneuver and then set off a flashbang.

After that, helicopter video shows a man, later identified as Harris, getting out of the suspect car and running.

Officers fire and Harris falls down.  According to police reports, Harris was shot at least twice in the back.

It's that video that the lawsuit calls into question.

The police report says Harris turned as he was running and showed his gun at officers. But Harris's family attorney Horne says the video shows a different picture.

"The video from the helicopter shows that's a flat out lie," Horne said. "There's no turning. There's no holding a gun. It shows him just running away."

The lawsuit also claims a witness reported Harris not pointing a gun while he was running.

Phoenix police said they can't comment because of the pending litigation.

We showed a retired Phoenix police officer the video back in June and he said given the scenario, he thinks the officers did everything by the book.

But Harris’ family isn’t backing down.

"My son's not standing anymore," said his father, Roland Harris. "So, I stand for him."