'He didn't deserve to die the way he did': Family of man shot, killed by Mesa police speaks out

The family of 21-year-old Angel Benitez asked potential witnesses to come forward after his shooting death by police. 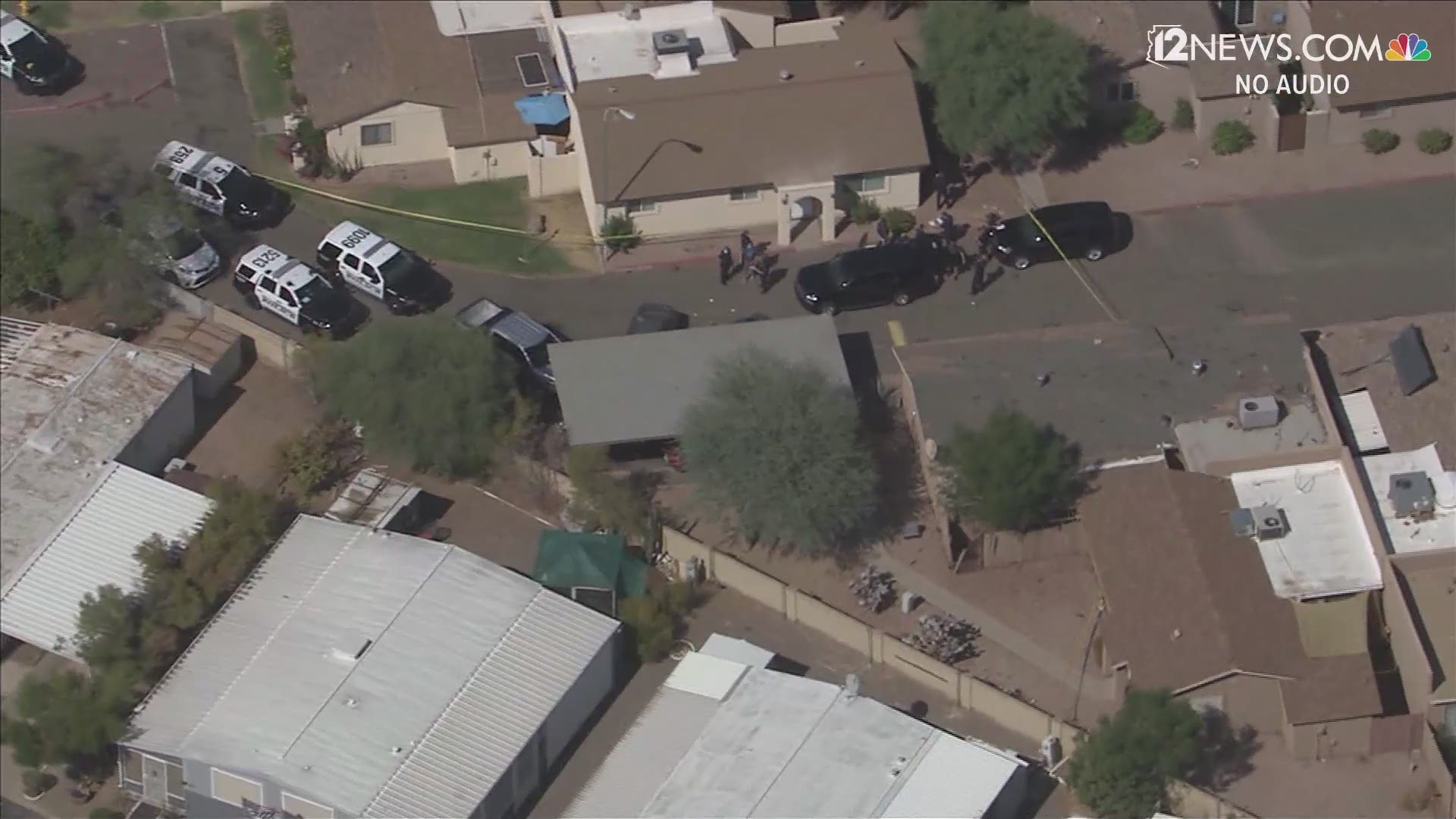 MESA, Ariz. — The family of a man who was shot and killed by Mesa police in Tempe last week spoke out on Monday.

The family of 21-year-old Angel Benitez said during a press conference they are demanding justice and transparency.

"The facts are still coming out but we are here to seek justice," the family's attorney Benjamin Taylor said.

Taylor said witnesses have come forward and said they saw Benitez's hands up in the air when he got shot by Mesa police.

The shooting happened on Friday.

Mesa police said the incident began in Mesa when police officers found Benitez slumped over the wheel of a car in a Panda Express parking lot on North Dobson Road.

Police said the vehicle he was in was reported as stolen. When officers began giving commands, he drove off.

Mesa officers tracked Benitez in a covered parking spot off Evergreen Road in Tempe and officers initiated another traffic stop.

Benitez initially followed commands and put his hands in the air. While still in the car facing officers, Benitez reportedly dropped his hands out of view, towards his waistband.

Benitez was hit with "lethal rounds." He was rushed to the hospital and was pronounced dead.

No weapon was found at the time of the shooting.

Anna Sandoval, Benitez's mother, said her son did not deserve to die this way.

"My son was a good son and he didn't deserve to die the way he did. He wasn't an animal to be shot like that. His hands were up. He is not alone. I am his mom and I love him and I miss him," Sandoval said.

The family said Benitez was shot 8 times, which they said was excessive.

"He was shot through his face. I can't even see my son's face no more. Come on. Come on you guys...This is not serving. This is murdering. You murdered my son," Sandoval said.

The video that was available shows obstructed views and did not show the actual shooting, investigators said.

The footage shows officers giving commands for about 15 seconds before shots are heard.

The Tempe Police Department took over the investigation. The department is working with the Maricopa County Attorney's Office as the criminal investigation continues.