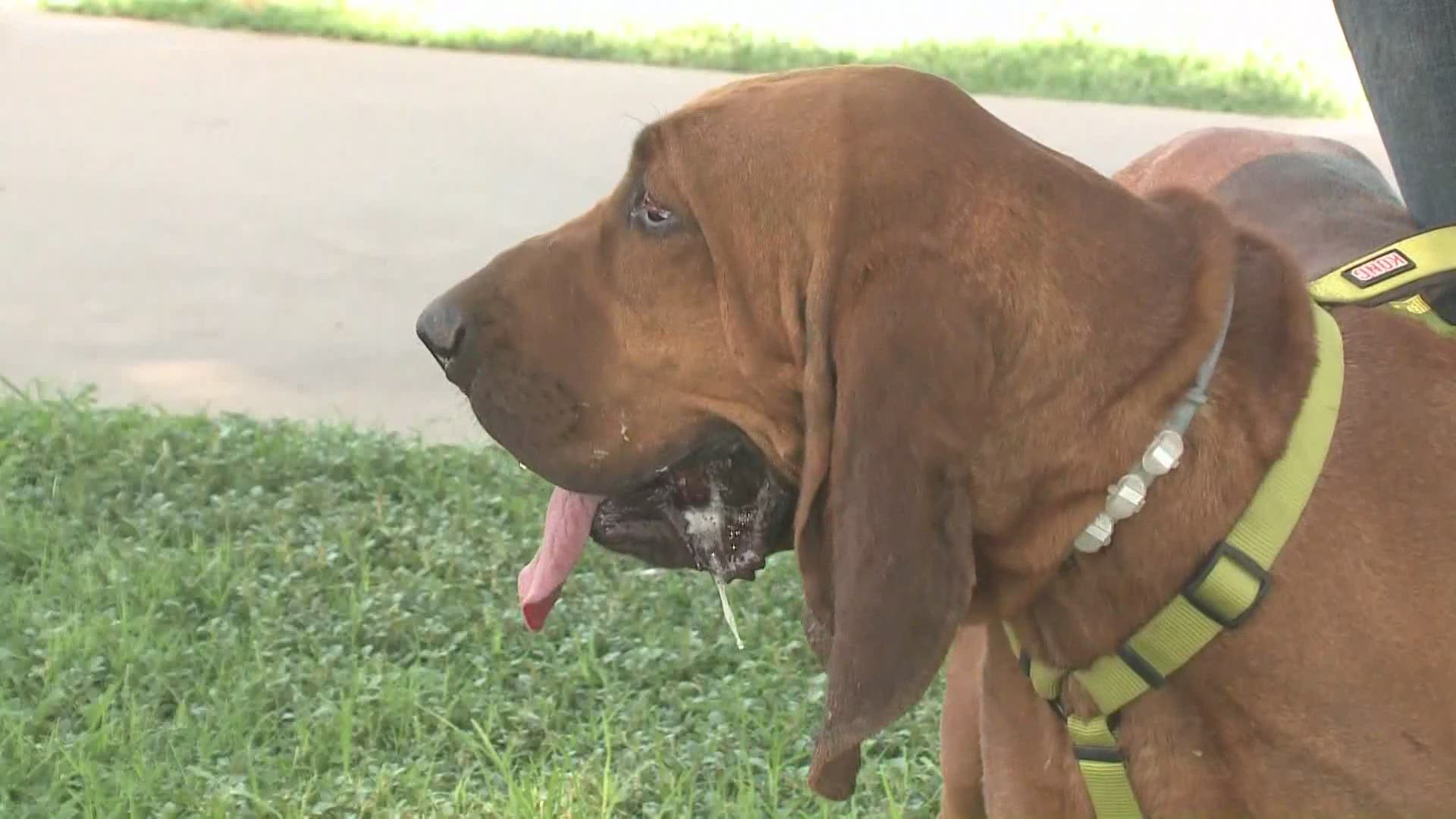 GLENDALE, Ariz. — Editor's note: The above video is from a story that aired on July 30.

It’s a video you just can’t take your eyes off of. It shows a dog struggling to stay afloat in the middle of a canal before getting rescued by a rookie Phoenix Police officer and the Glendale Fire Department.

Team 12 caught up with Hank the Dog and his family to see how he’s doing after those tense moments before being pulled to safety.

“He does get out sometimes when my dad is gone,” said Laurinda Cook. “I think he goes looking for him.”

Earlier this week, Hank got out and ended up in a canal.

“Did he jump in because he was hot and wanted to cool down thinking it was like his kiddie pool? I don’t know,” Cook said.

Phoenix Police officer Conor McCarthy saw Hank and sprang into action, jumping in to help him get to the side safely.

“Everybody's a dog lover, a lot of people love dogs. I feel like if I wasn't there someone else would've done it,” McCarthy said.

With the help of a rope, first responders were able to rescue Hank. After getting him to safety, Glendale Fire responders took him to a nearby station where they gave him food, water and TLC. Then, he was taken to All Animals Rescue and Transportation, before finally reuniting with his family.

“When I found out I’m like, oh goodness, it is his dog,” said Cook. “It’s amazing that officer McCarthy was there at the right time, at the right moment to be a hero and actually risk his life to save Hank.”

Officer McCarthy says he doesn’t consider himself a hero, he just did what he had to do, “I'm just glad we got him out and it was over with."

But Hank and his family beg to differ. “We love Hank,” said Cook. “We are so thankful of Officer McCarthy.”

Hank’s family is just glad he's back on land again and grateful to his saviors. “He’s doing great,” Cook said. “We try to keep him home safe.”