Family of airman shot reacts to his death: 'The whole thing is senseless'

Police say the 21-year-old was trying to get into a Phoenix apartment when he was shot by the tenant. 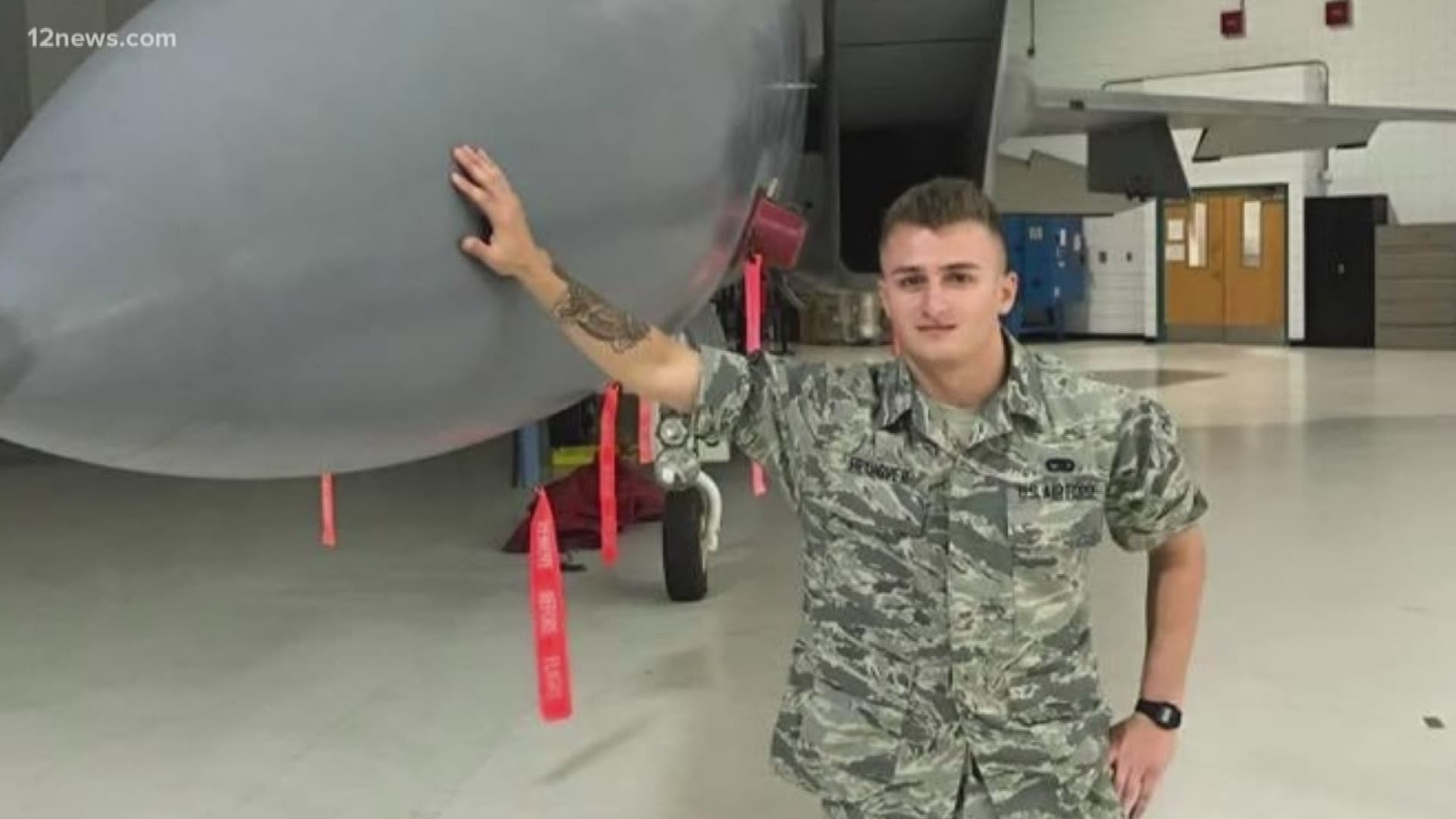 PHOENIX — Cody Fryhover's life looked to be on the upward trend. The 21-year-old was the son of a law enforcement family, had joined the Air Force and recently gotten married.

Then Cody Fryhover died. He was shot and killed after he attempted to break into an apartment at Alta Camelback near 7th Street and Camelback Road, according to police.

“This is so far out there in left field, it’s a strange tale of why he was there how did he get there.” Kevin McDaniel, Cody's uncle said while speaking for the family.

McDaniel said Cody had a "good head on his shoulders" and had never been in trouble with the law.

"Cody was always willing to help," McDaniels said, "and he was a go-getter."

According to family, Cody went out Saturday night after getting home from Mexico where he was on a trip with his new wife.

Somehow, Cody would get separated from his Air force friends and end up at the apartment on 7th street near Camelback.

"It sounds like he was either he was too intoxicated, thought he was maybe home thought someone was chasing him, I don’t even know," McDaniels said.

Phoenix police spokesman detective Luis Samudio said officers responded to a burglary and shooting around 2:40 a.m. when the tenant of the apartment told police he woke to the airman allegedly trying to break the rear glass door screen.

The 27-year-old tenant told police he then armed himself with a handgun.

The tenant told police he saw the airman removing the patio screen door off the hinge before the airman began to kick the glass door.

The tenant then fired his handgun, hitting the airman, according to police. The airman was taken to a hospital, where he was pronounced dead.

The family is wondering why shots had to be fired.

"The only thought going to the family’s head is he’s outside,  just don’t do that," McDaniels said.

According to the family, Cody was shot through the glass before he ever entered the apartment.

The family said Cody was unarmed, and if the tenant had just waited for police it could have saved the young serviceman's life.

The family also raised questions if the shooting was justified.

"I would hate to be the prosecuting attorney that wouldn’t take a look at this," McDaniels said.

Arizona does have a "Stand Your Ground law, but shootings still need to be justified. Police investigators are still looking into why the tenant pulled the trigger.

"If Cody had been a different human being than what he is, we could understand him doing something stupid like this," McDaniel said. "The whole thing is senseless. Cody being there is senseless, We don’t know why yet, We don’t have answers, we are at a loss."