The notice of claim alleges police lied in their report after officers shot and killed 19-year-old Jacob Harris as he ran after a police pursuit. 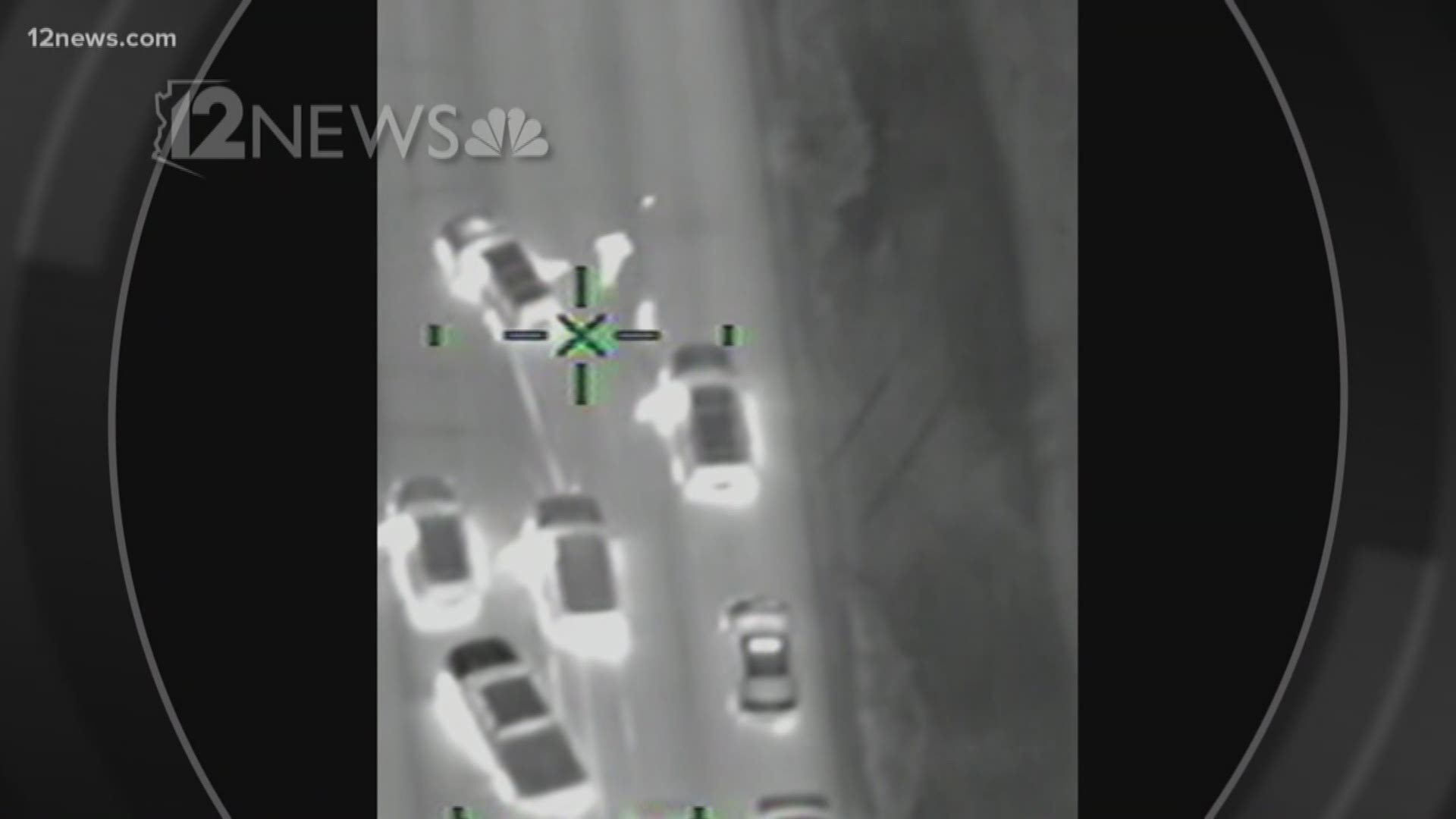 PHOENIX — The family of a 19-year-old who police shot multiple times in the back after an armed robbery and pursuit in January has filed a $6 million notice of claim against the City of Phoenix.

Jacob Harris was shot and killed as he ran from a car after a police pursuit following an armed robbery at a Whataburger.

Phoenix officers were surveilling Harris and three other people before and during the robbery, taking photos of the group sitting in the car near the Whataburger and recording video of the robbery in progress.

The video shows suspects climb into the drive-thru window and force employees into a back room at gunpoint.

Retired Phoenix police officer David Kothe analyzed the video and said police did not intervene because that would have caused a more dangerous situation.

"We would have now had employees, potentially customers coming up, involved in what could have been a gunfight," he said.

Police chased the car after it took off from the scene. The police report says Harris ran from the car and was pointing a gun at officers as he fled. Photos show a gun found in the area where Harris was shot.

Police helicopter video obtained by 12 News shows the car being stopped by police. A person (Harris) can be seen exiting the car, running away from the police. Shots are fired and he falls to the ground.

The family alleges the police report, which said Harris was pointing the gun at police, “was a complete fabrication.” They claim Harris never brandished a weapon as he ran and did not turn to face police.

Kothe, however, said that based on the video, the shooting appears justified.

"I would say there's evidence from that video, if in fact what fell out of his hands was a gun, that during the course of his running, whether it was planned on the young man's part or inadvertent, he was pointing a gun," Kothe said.

The notice of claim says an autopsy performed by a forensic pathologist at the request of Harris’ father found that Harris was leaning forward when he was shot twice in the back.

“The police murdered my son,” said Jacob’s father, Roland Harris, in a release Thursday. “They shot Jacob in the back. They lied about Jacob and made up a story that he threatened them. It never happened. The only thing my son did was run for his life and the cops shot him in cold blood.”

The police report says Harris fell after he was shot and continued to reach toward the handgun he dropped. According to the notice of claim, the forensic pathologist noted in the autopsy report that the shots were fired in rapid succession, killing Harris within seconds.

The Harris family said the city refused to release the report and video for nearly six months. The family’s attorney, former Maricopa County Attorney Tom Horne, said it took legal action from the family for the city to release any information about the investigation.

“We continue to demand that the police be transparent and honest in their dealings with the media, our clients, and the public. It is extremely troubling to see them withholding information because it does not fit their largely invented narrative,” Horne said.

The family also claims the officers who shot Harris were involved in six other police shootings, resulting in the deaths of at least two other people.