Arce was a burglary suspect shot and killed by a Tempe officer chasing after the 14-year-old. The officer has since resigned from the department. 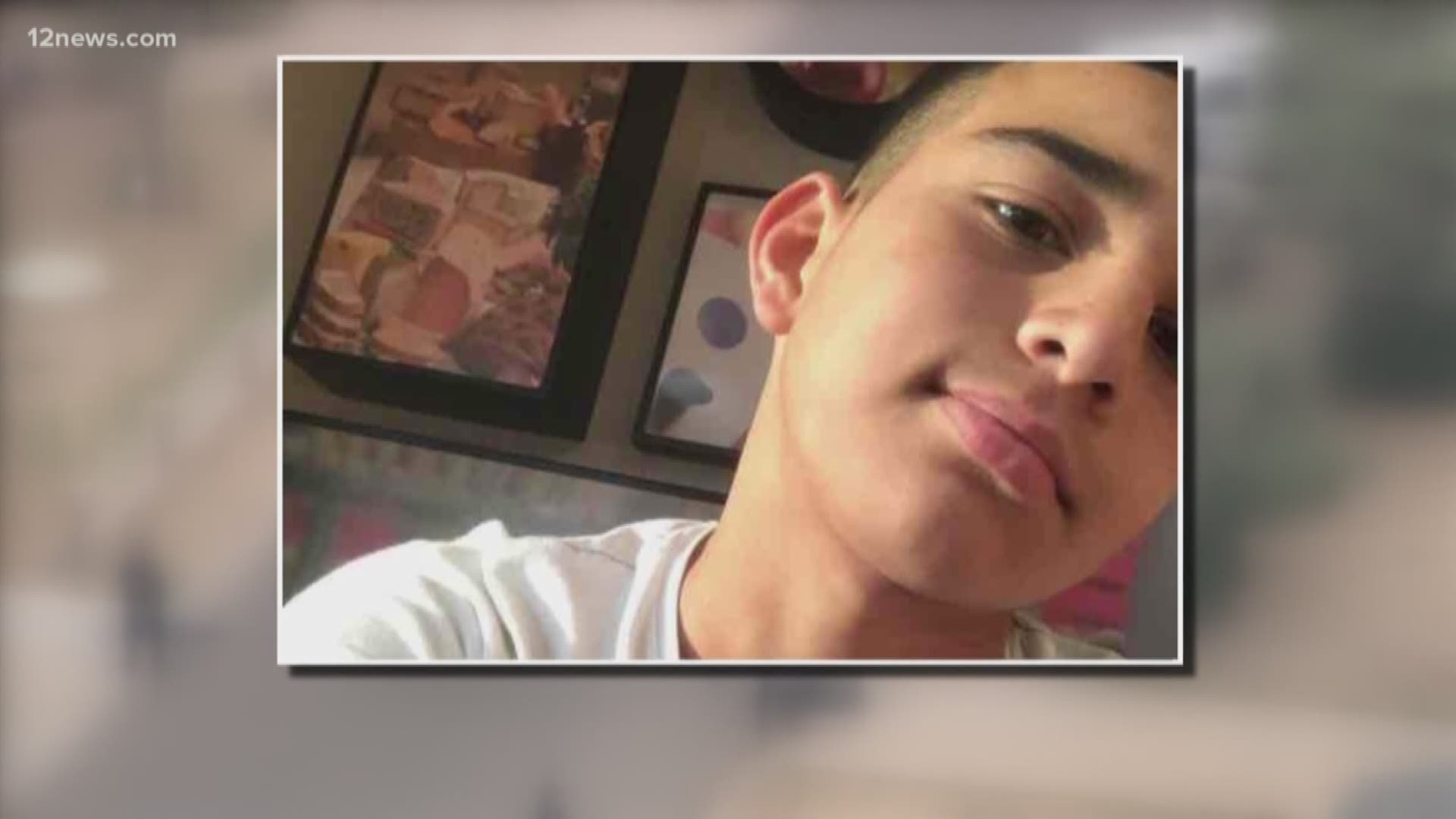 Editor's note: The above video is from May 20 when Officer Joseph Jaen resigned from the Tempe Police Department.

TEMPE, Ariz. - The parents of Antonio Arce have filed a $5 million notice of claim against the City of Tempe and the Tempe Police Department seven months after the 14-year-old was shot and killed by a Tempe officer.

The officer who shot Arce, Joseph Jaen, resigned from the department in May.

The wrongful death notice of claim alleges Officer Jaen violated police procedure in seven different ways. Arce's parents claim Jaen's use of force was not reactionary or reasonable and that he did not announce himself or make verbal warning before shooting.

They claim Jaen was not defending himself or another person from serious injury and claim Jaen did not reasonably believe Arce committed a felony involving the use or threatened use of force because he was the only one in the truck.

Arce's parents additionally claim there was no basis for Jaen to conclude Arce was an imminent threat to cause death or serious injury, they claim the use of force was not appropriate because of the lack of severity of the crime and they claim Jaen did not render aid after shooting.

His parents claim Antonio Arce had his back turned from Jaen and was running in the opposite direction when he was shot.

On Jan. 15, Tempe police said they were responding to a call of a suspicious car in an alley when Jaen saw Arce inside the pickup truck. Video shows the boy exiting the truck and running away, and Jaen chasing after him.

Jaen shot twice at Arce from at least 114 feet away, striking him once in the shoulder. Arce continued to run but collapsed on a street just outside the alleyway.

Body camera footage showed an orange-tipped fake gun underneath the Arce's arm as an officer approached him after he was shot.

Police officials said Jaen fired because he perceived a threat.

The video shows Jaen, who was alone, standing behind a concrete wall as he commands Arce to drop his weapon. Arce is unresponsive, except for a quick moment in which he lifts his head up.

About five minutes passed before other officers who arrived on scene approached Arce's body, turned him over and handcuffed him before they began chest compressions.

The City of Tempe and the department have 60 days to respond before further legal action can be made according to the claim.