Lily Taylor finished two and a half years of chemotherapy treatments. Now, her parents are giving her, and other immune compromised children, a place to play. 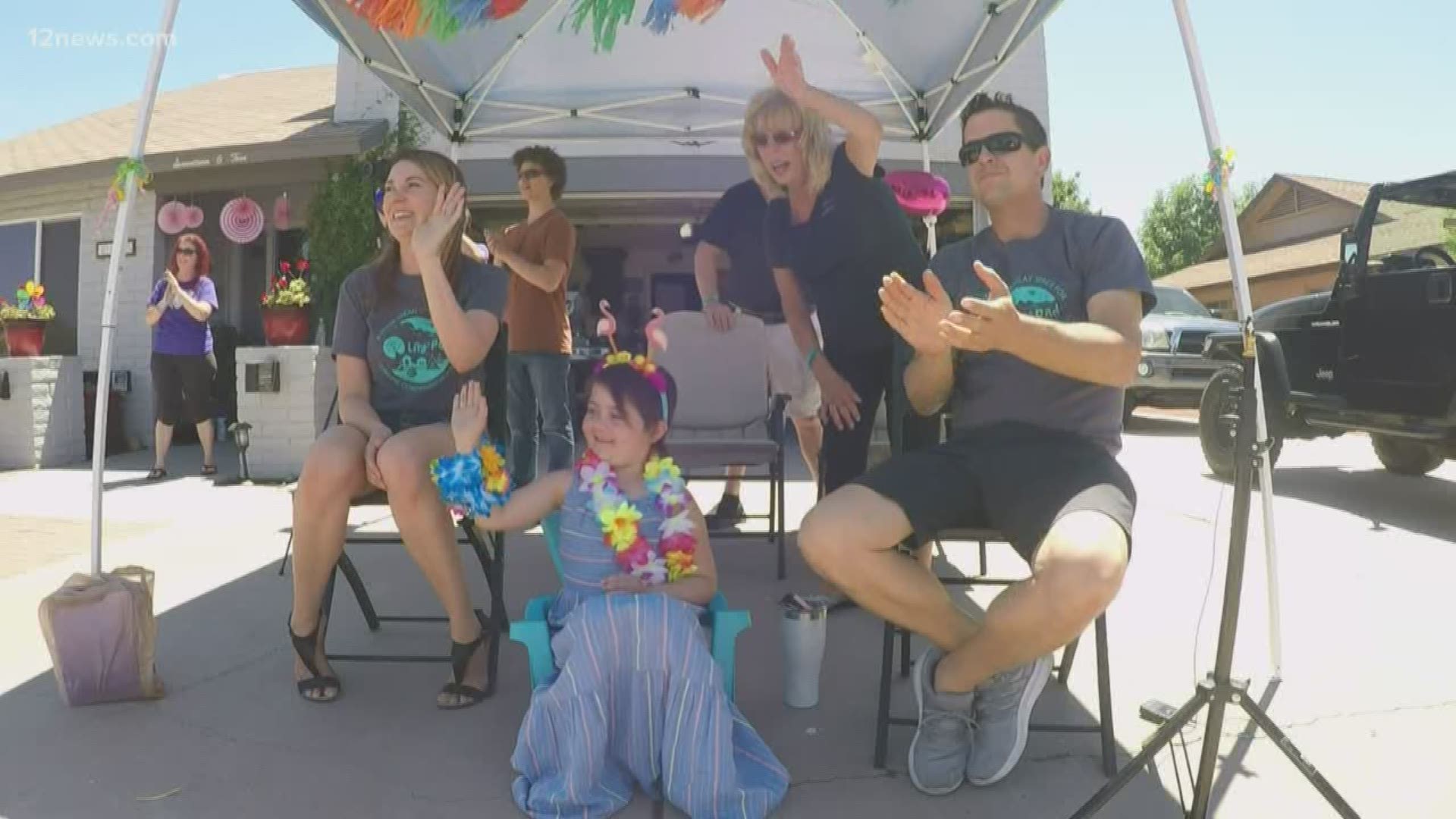 ARIZONA, USA — As a little girl celebrates the end of chemotherapy treatments, the start of something very special is unveiled.

LilysPadAZ will be a place where children with cancer can be kids and enjoy childhood, even as they work to overcome their diagnoses. A parade was held to celebrate the end of two and a half years of treatments and medicine.

He tells 12News now, as this heart-wrenching chapter closes, a fresh facility will surface.

"During the process, we discovered that kids who are immuno-compromised have no place to go and play and be kids," he said.

After she was diagnosed with A.L.L. or Acute Lymphoblastic Leukemia in 2017, Taylor replayed just how robbed his little girl was of life's joys.

"I noticed the degradation of my kid's childhood, her vocabulary changed, I noticed that her mannerisms changed, that her speech changed and that she was no longer comfortable around other kids once she was allowed to go back out," he added.

From the hardship and heartbreak of Lily's journey, physically and emotionally, he knew something more had to come from this, some positive.

"We started an organization called LilysPadAZ and yesterday we secured the space for the build-out of the location it’s a 6-thousand square foot building and we've been sponsored for 13 years of free rent!"

"We're going to give them the ability to come out of that isolation even if it's for an hour, to play with other kids that are bald, maybe other kids who are missing limbs, there's 18-different disorders that put kids in an immune compromised state," he said.

The best part, Lily had no idea it was in the works to this extent.

"At the end of the parade the Chief and Assistant Chief of Police for Tempe will be escorting us to the location, which Lily has no idea exists," he added.

Celebrating a cancer-free life for Lily is unbelievable and Taylor says being able to pay it forward with a platform for kids to play in a safe and sanitary environment is the cherry on top.

Lilys Pad - A Hyper Clean Space for Immunocompromised Kids!
A Hyper Clean Facility for immunocompromisedChildren to play like typical kids! Lily's Pad came to life in the mind of Brad Taylor, whose three year old daughter, Lily, was diagnosed with high risk Acute Lymphoblastic Leukemia (ALL) in December of 2017.