Family believes missing Scottsdale man is being held against his will

20-year-old Jubi Monsif has been missing for three weeks. 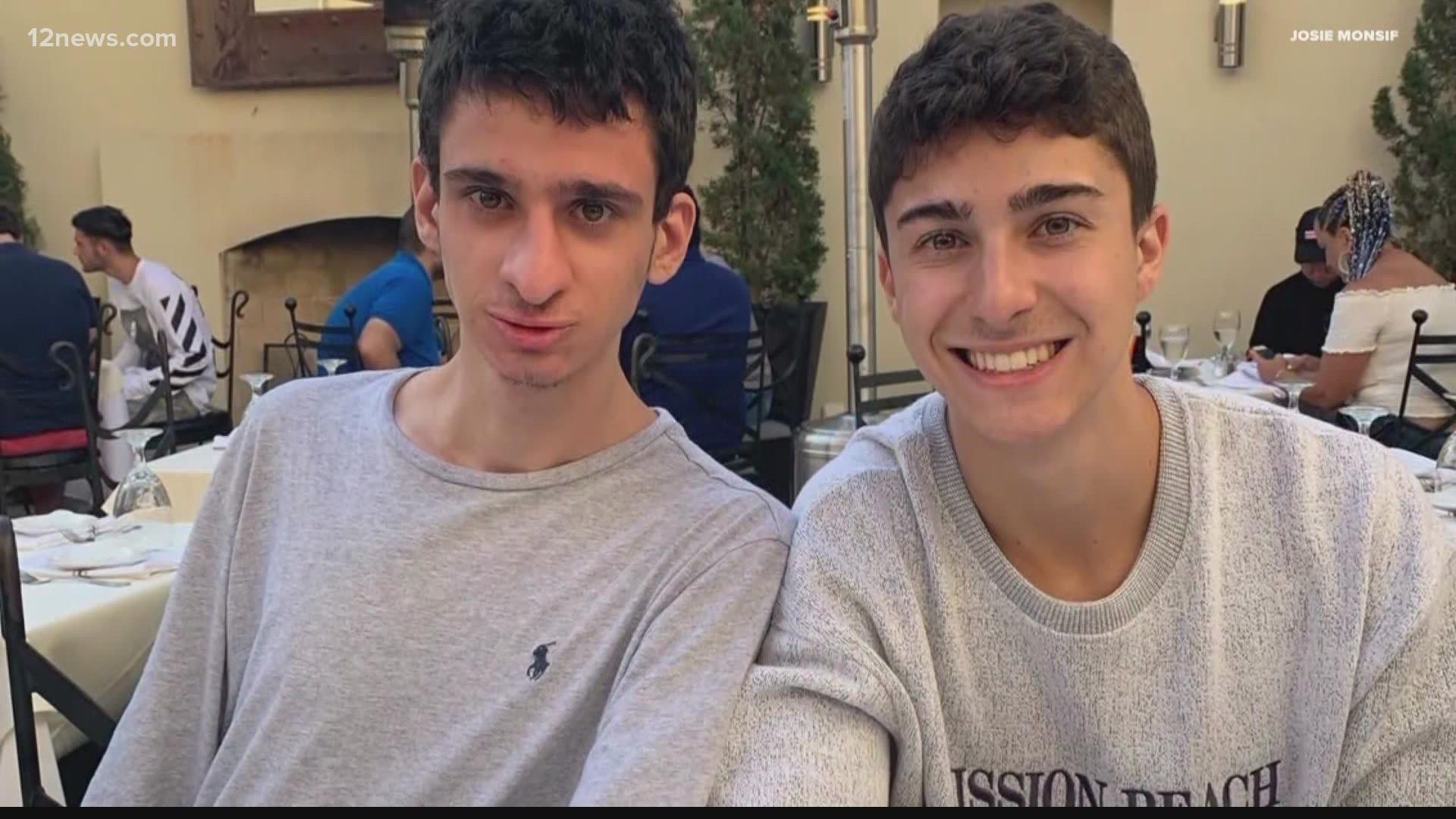 SCOTTSDALE, Ariz. — It has been three weeks to the day since Najib ‘Jubi’ Monsif went missing from his father’s home in Scottsdale.

Jubi is a 20-year-old on the autism spectrum and, according to his family, he functions at the level of an 8-year-old.

“It’s what I dream about every night. To see my brother again, soon. Holding him and being a family again,” said Josie Monsif.

Monsif and her family have worked tirelessly along with investigators to find her missing brother.

Police searched his neighborhood and dogs tracked a scent that led to an Albertson’s shopping area at the corner of Frank Lloyd Wright Boulevard and Via Linda but then the trail went cold.

It’s unclear if that scent had anything to do with Jubi’s disappearance but investigators are looking at security video. Several hours of footage have been combed through, according to detective John Heinzelman with the Scottsdale police.

Before he disappeared, Jubi told family members they would never see him again. They questioned him but he quickly changed the subject.

Detective Heinzelman believes someone may have picked him up.

“We’re looking for someone who is aiding him and that could be either with bad intent or somebody with good intent,” said Heinzelman.

“There is no doubt in our mind that he is with someone that is holding him against his will. Because my brother would want to come home,” said Josie Monsif.

Investigators reviewed his online accounts and have subpoenaed Sony for more access to his gaming device to find other contacts.

“He’s in danger and needs help. He cannot survive without assistance,” said Heinzelman.

“This will not stop until we find him – be truly the greatest gift to get him back and we want that and pray for it every day,” said Monsif.

Police hope he’s still in the area – if you have any information you're asked to call Scottsdale police.