According to Banner Health, poison centers across the nation are seeing a 20% increase in scorpion poisonings and calls. 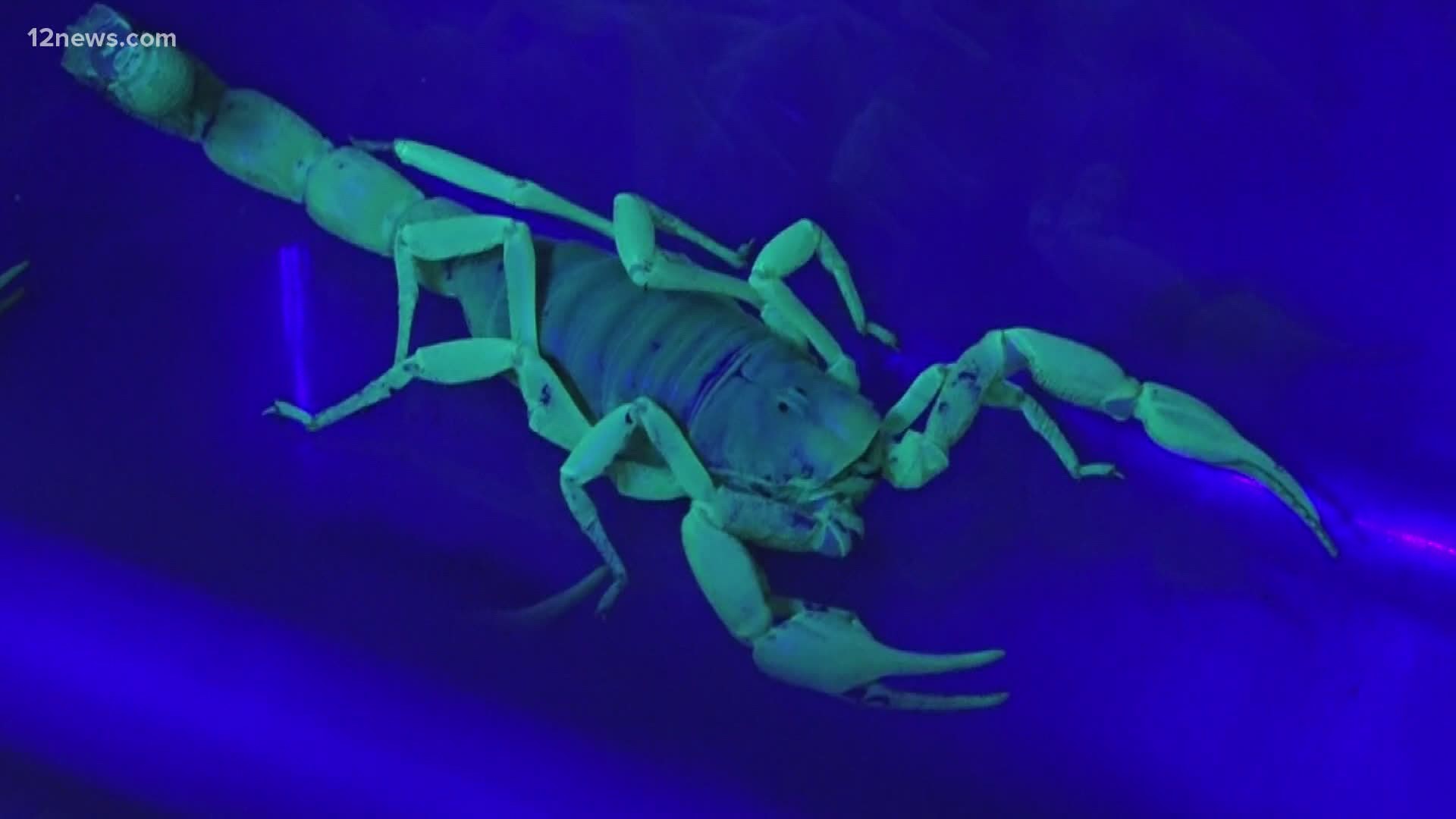 PHOENIX — Editor's note: The above video is from 2018 and is about scorpions in the Valley.

The number of people who are reporting that they have been stung by a scorpion is on the rise. Health experts say much of that is due to the amount of people at home during the COVID-19 pandemic.

There has been an 18% increase in calls to Banner Health's poison and drug information center for scorpion stings compared to this time last year, the company said Thursday.

According to Banner Health, poison centers across the nation are seeing a 20% increase in scorpion poisonings and calls.

Maureen Roland, R.N. is the managing director of the Banner Poison and Drug Information Center. She says there are things you can do to avoid becoming part of that growing number. "Just doing a quick check around your home to make sure you don't have a lot of leaves, debris, wood piles, things like that, making sure that all the cracks in your home are sealed; checking around your pool, or any water source. Scorpions do like water."

Roland says scorpions can survive in water for two days, so if you see one floating around in the pool, don't try to pick it up with your hands.

While the warmer weather plays a part in the yearly increase in scorpion stings, the rise this year has been greater than normal.

"We do see an increase in the warmer months, but not as significant as this."

But Roland says that doesn't mean there are more scorpions out there.

"I think its just that people are at home more, so they are more likely to be stung."

There are more than 60 species of scorpions in Arizona.

The bark scorpion is the most common and the most dangerous. Its sting is very painful and its venom can produce numbness and tingling that can travel through the body.

According to Roland, children younger than 6 years old are more likely to develop severe symptoms.

If you are stung, Roland says the first thing you should do is wash it with soap and water. Then you can apply a cool compress. She doesn't recommend ice. Once you've done that call the Banner Poison and Drug Information Center at 1-800-222-1222 right away.

Severe stings may require a visit to the emergency room to receive antivenom.

In order to keep scorpions away, Banner Health says you should:

Banner Health operates in seven states -- Arizona, California, Colorado, Nebraska, Nevada and Wyoming -- but is headquartered and has its poison center in Phoenix.

The increase in temperatures has also brought a rise in rattlesnake bites.

The Arizona Poison and Drug Information Center said earlier this month that, as of May 8, 36 rattlesnake bites have been reported to the center.

The center said each month had more rattlesnake bite reports than the previous month.

Of those bites, 24 occurred in April alone, up from nine in March.

“We’re well into rattlesnake season here in Arizona,” said the center's Director Steve Dudley in a May 8 statement.

“It’s not only hikers who need to be wary; home gardeners should be cautious as well. Roughly 25% of our rattlesnake bites happen to people gardening or doing yardwork.” 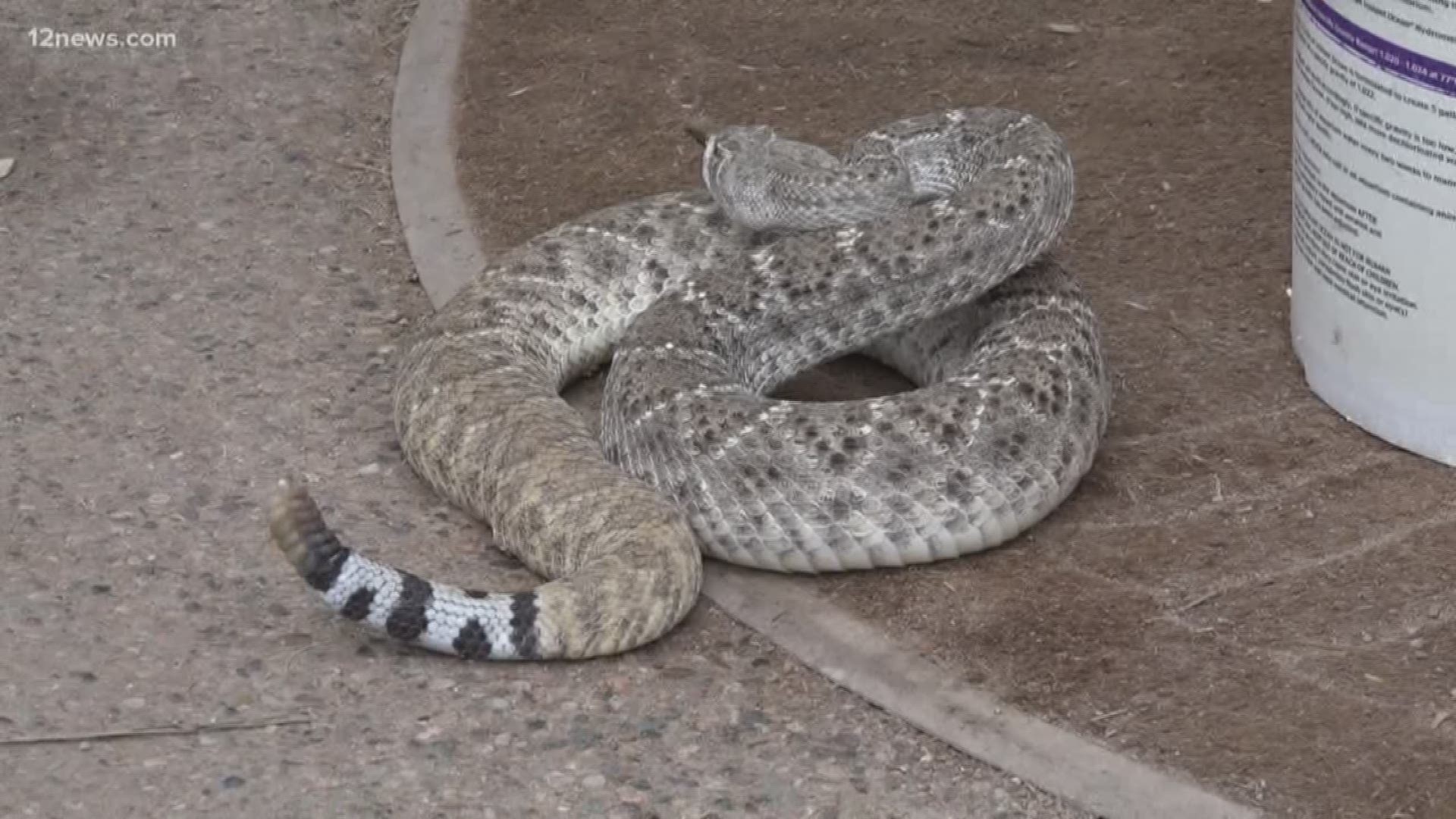 If you are bitten by a rattlesnake, get to a hospital immediately.

The best way to treat a rattlesnake bite is to prevent one altogether.

Be careful where you step and pay attention to where you put your hands and feet.

Do not approach or try to handle snakes, even if they appear to be dead.

In the summer, rattlesnakes are most active in the early mornings and evenings, center experts advise. 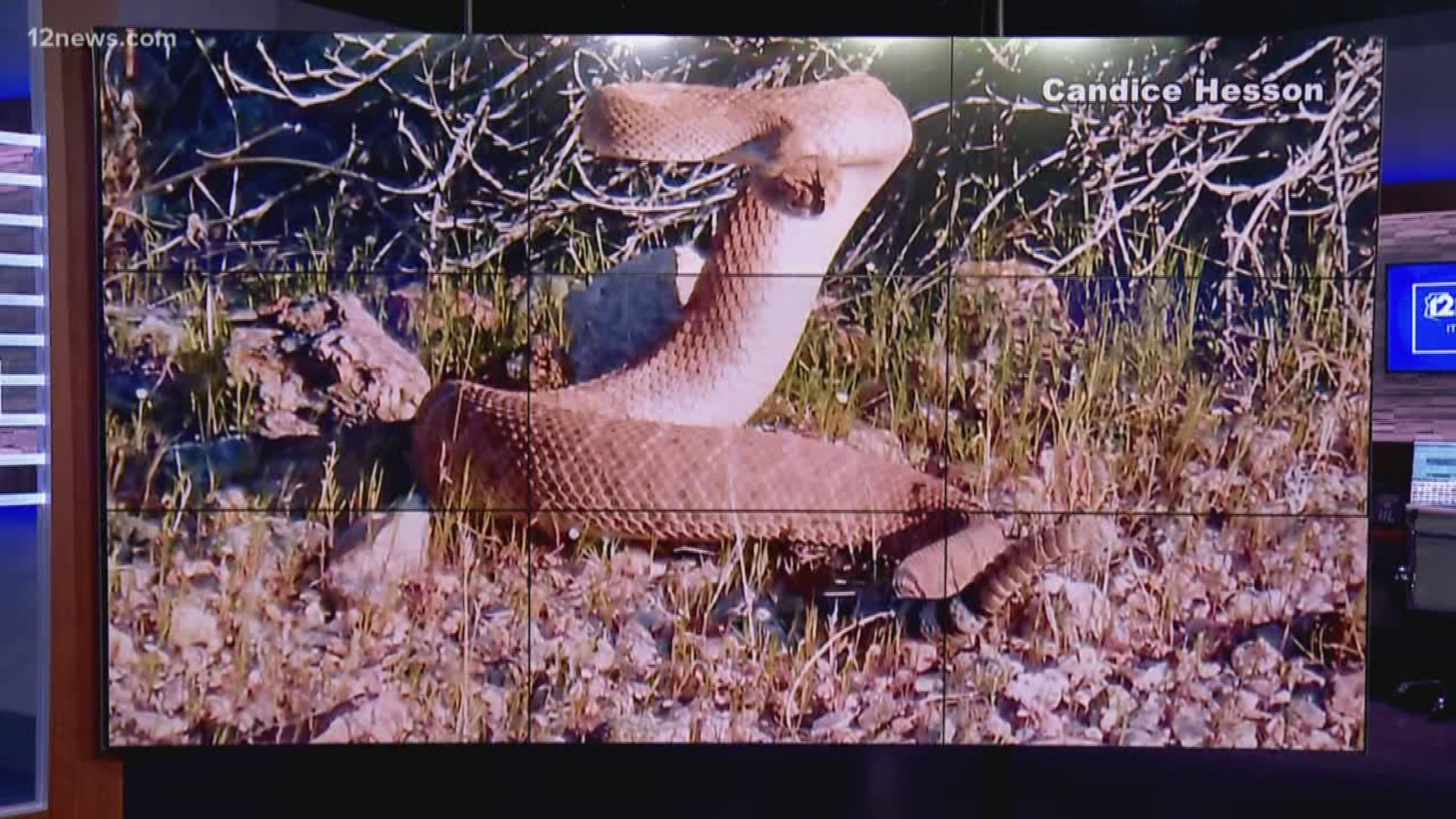 - Creepy crawlers: Scorpions looking for cool places in and around homes during early heat wave