Phoenix is experiencing the hottest summer in history, some air conditioning companies are giving tips to keep machines healthy. 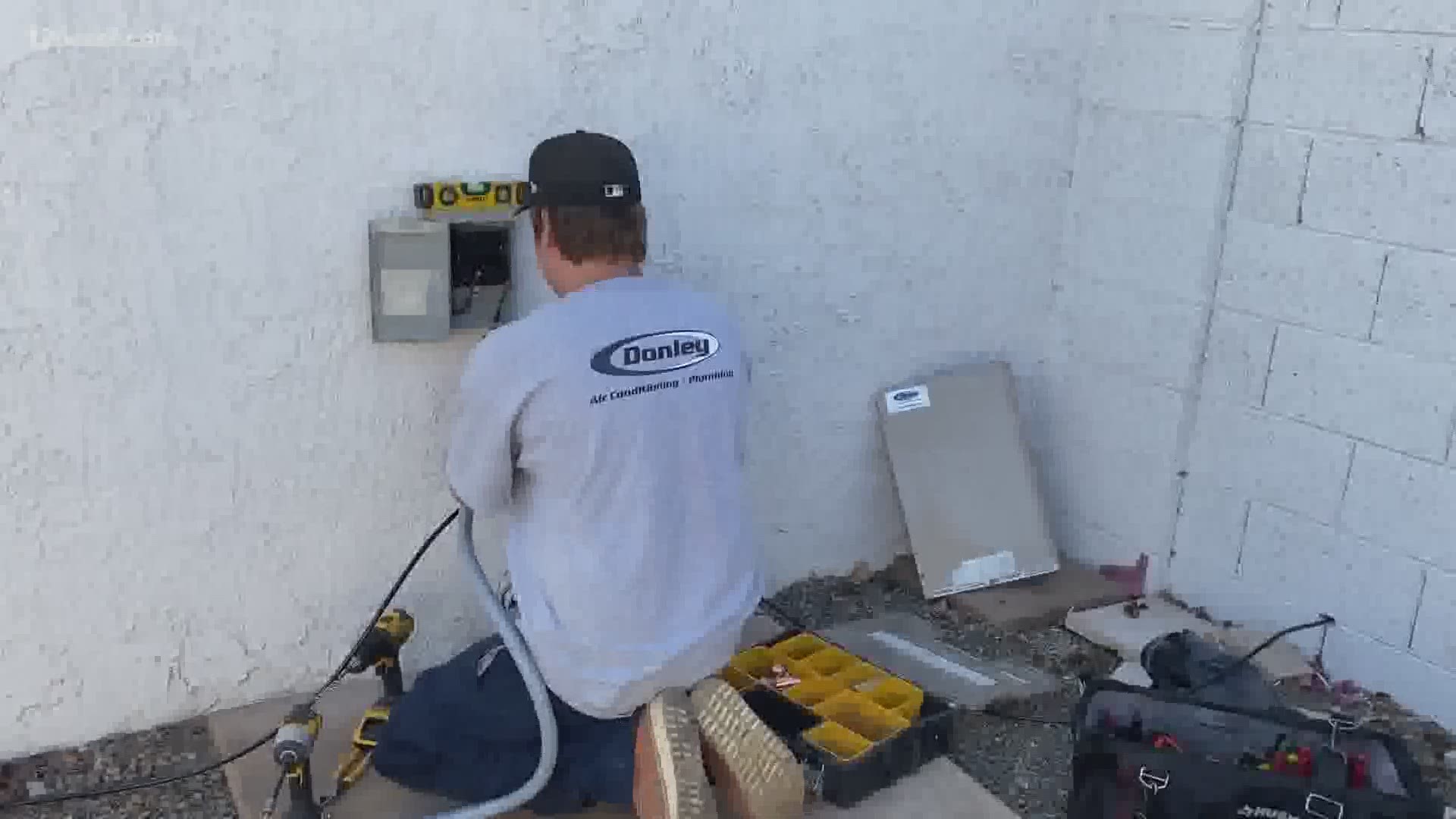 PHOENIX — This has been the hottest summer in recorded history in Phoenix, according to the National Weather Service, and air conditioners across the Valley are giving out because of it.

Two air conditioning repair companies said they are seeing record business due to a combination of factors lead by the heat.

The Valley has seen a record number of days with high temperatures at 110 degrees or higher as well as a record number of nights where the overnight low is in the 90s. That means air conditioning units have been running constantly, and many just can’t keep up with the demand for cooler air.

Jesse Keenan, President of Semper Fi Heating and Cooling, said most units are made to function at a maximum temperature of 105-degrees.

But the heat is not the only factor resulting in the failure of Arizona’s ACs. The pandemic is also playing a role. More people have been working from home than ever before, that means the thermostats stay in the 70s during the middle of the day when most people would turn it up before leaving the house.

Ty Lindsay with Patrick Riley Services said most people like their homes around 75 degrees.

“We’re not able to set our thermostats to 80, 82 all day anymore,” Lindsay said. “You want to be comfortable in your home office.”

Unfortunately, many Arizonans have been unemployed due to the pandemic as well, meaning trouble with money. Homeowners are trying to put off routine maintenance, repairs, and, in some cases, replacements, until the economy rebounds.

“You’re seeing a lot of repairs. The people that want to replace their system maybe don’t have the money for it just because of COVID and everything that’s going on with that,” Keenan said.

In order to avoid a broken air conditioners, both Keenan and Lindsay recommended keeping up with that routine maintenance that can be easy to put off. Patrick Riley has a deal for $20.20 for that maintenance, while Semper Fi will do a similar inspection for $17.75. Both said replacing the air filter every month will also help your unit. Keenan recommended that homeowners occasionally spray their outside units to clear desert dust from the fan, as well.