Everything you need to know for Phoenix Comic Fest 2018 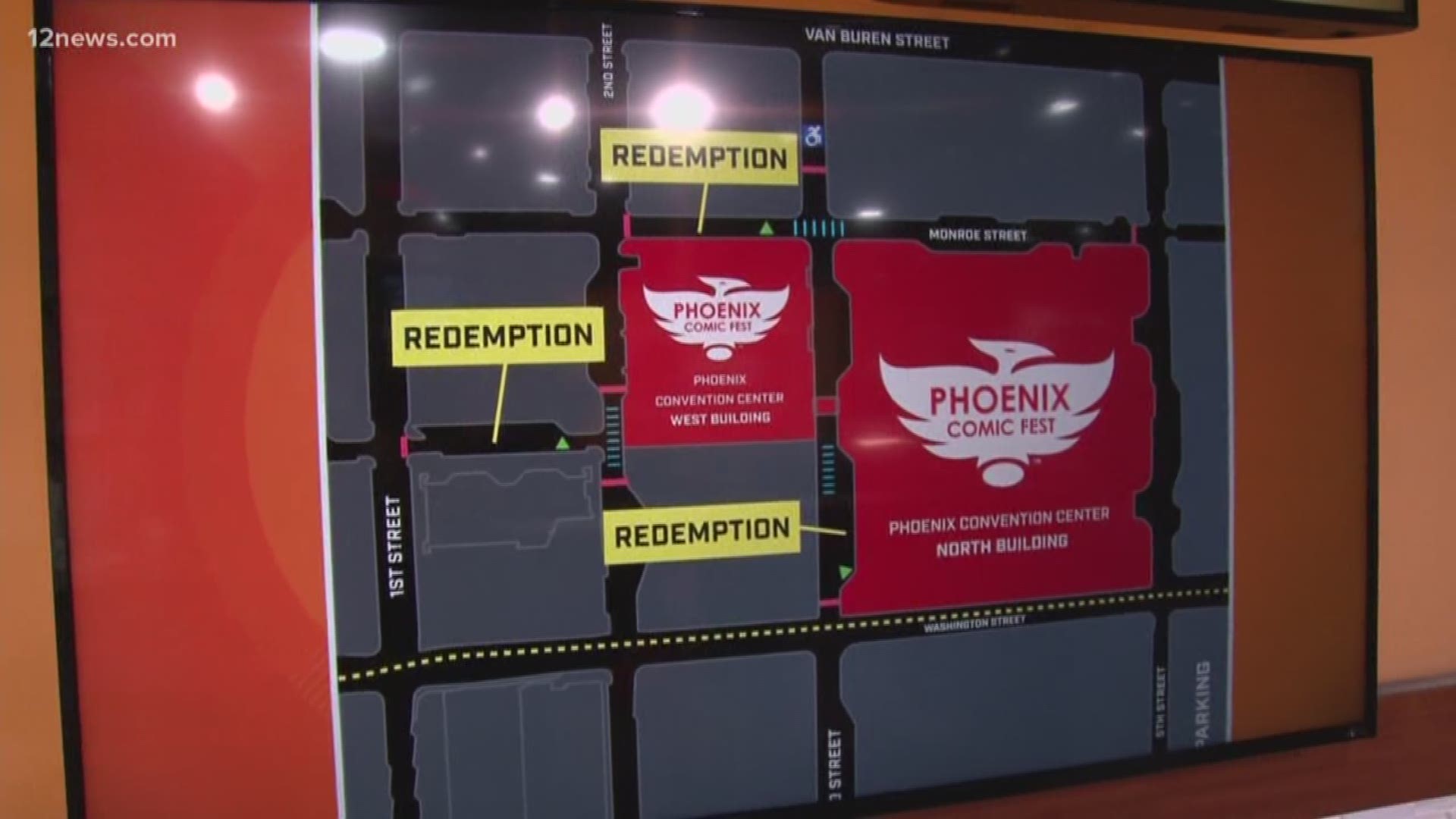 The annual event where pop culture, comics and entertainment collide returns to Phoenix May 24-27 at the Phoenix Convention Center.

Fans from all walks of life make their way to the Valley of the Sun to see what's new in the world of comics and entertainment and catch a glimpse of some of their favorite movie and television stars.

Hundreds of exhibitors and artists will be on the convention center floor over the Memorial Day weekend, taking over downtown Phoenix.

If you're planning on attending Comic Fest this year, here are some important things to know before you go.

How much will it cost?

Who will be there?

Along with the artists and vendors, fans will have the chance to see some of their favorite celebrities from the big and small screens! Here are a few of the stars making an appearance this year.

Where can I park?

If you are headed downtown and can't take the light rail or Uber to the convention, you can try parking in these locations:

ParkWhiz: Attendees can reserve a spot at a nearby garage, but limited spots are available. If you go with this option, be sure to use discount coupon code "PHXCF18."

appl: Those attending the event can also buy a spot at two locations via appl.

Phoenix Convention Center Parking: You may also find parking at the north and east garages for the convention center. To reserve a spot, visit the reservation website.

Where should I eat?

In between the panels and signings, finding a place to eat is a top priority. If you find the food court a little too packed, here are a few places to check out near the convention.

Corner Bakery Cafe: Located at the Arizona Center, this cafe has a wide variety of options for breakfast and lunch.

Fired Pie: The locally owned restaurant is another food option for those taking a break from Comic Fest. This location in downtown Phoenix is near Second and Washington streets.

CityScape: For a variety of food choices, this entertainment and shopping space has everything to satisfy your hunger. Options include Chipotle, Five Guys, Jimmy John's and The Arrogant Butcher.

What can I bring?

Here are a few of the things attendees are able to bring in to the convention:

- Bags (clear bags are recommended, but not required)

What will I see?

Cosplay. Lots of cosplay. Costume play, otherwise known as "cosplay," involves fans dressing up as characters from comics, movies and television. This practice is especially popular during conventions like Comicon.

You will also see some incredible artwork from many different genres. Many fans in attendance are sure to add custom sketches from artists in attendance to their must-have list.

Here's a sketch of Raphael from the Teenage Mutant Ninja Turtles by Eddie Nunez, who attended the convention in 2016.

What else is going on?

- This year, a Wakanda Welcoming Reception is being held on Thursday. For event details, visit the Facebook event page.

- Guardians of the Galaxy fans can attend Rocket’s Rad 80’s Party on Saturday. This is a paid event.

- As always, Saturday's Masquerade Costume Contest should be another popular event.

- There is a new app with all the information, search the App store for "Phoenix Comic Fest."

There will certainly be plenty of things to do at this year's Comic Fest so plan accordingly, have fun and be safe!