An Arizona gym is open for business after the state grants them approval. 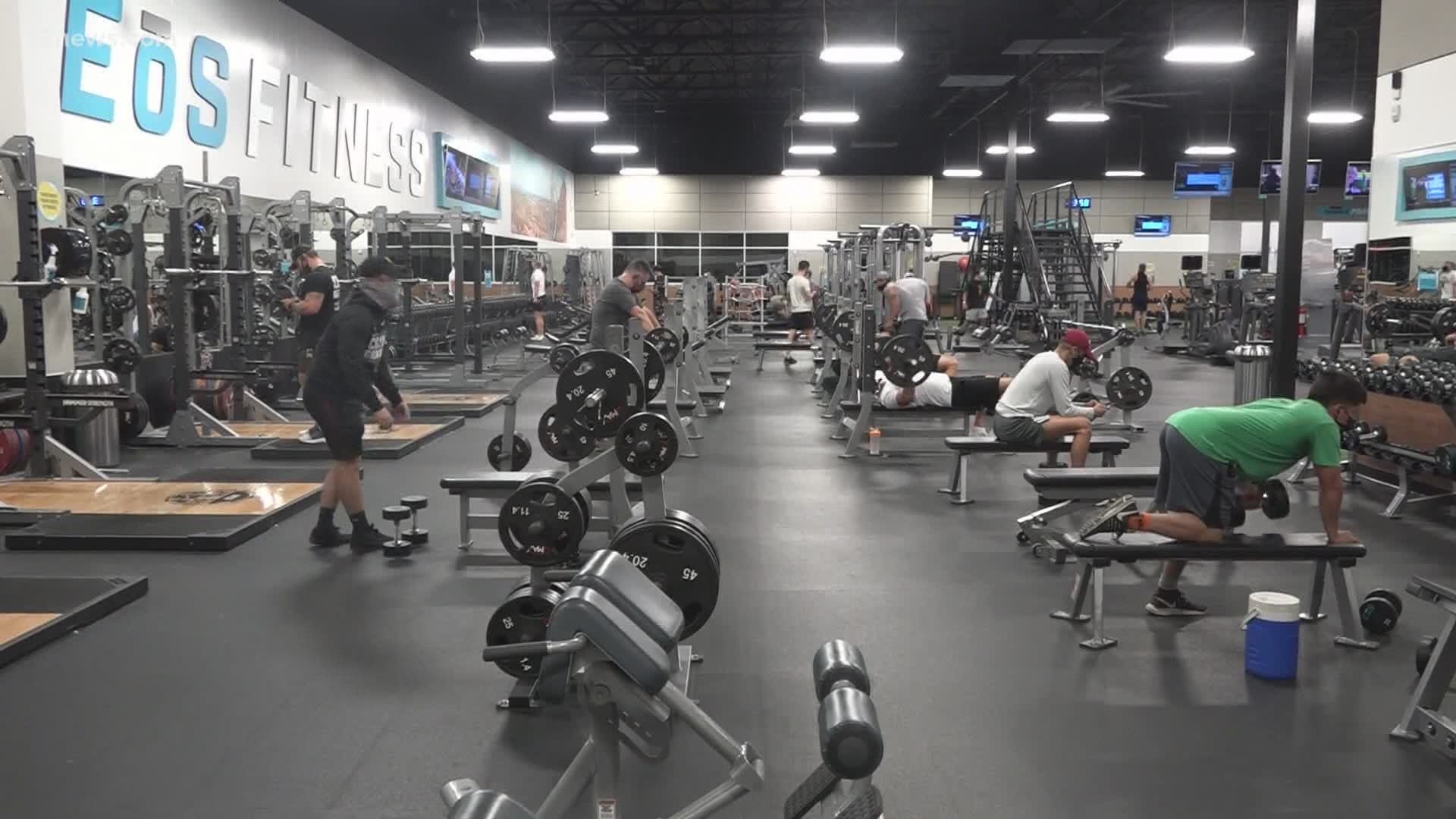 PHOENIX — All Arizona EoS Fitness locations have been reopened after the Arizona Department of Health Services approved their application.

ADHS allowed EoS to resume business operations on the condition that they would take steps to ensure a safe and clean indoor fitness facility in compliance with state guidelines.

Members will need to make reservations, complete a health screening, wear masks and sanitize equipment after using it, according to a statement by EoS Fitness.

The application was approved following a court case prompted by Mountainside Fitness to reopen, but they are still in limbo along with other gyms, movie theaters, and bars.

Mountainside tweeted an update for members after EoS announced their reopening.

ADHS released a statement in which they said:

At close of business Friday, 95 bars serving food, 89 gyms and five movie theaters had submitted proposals for reopening. Thus far, two have been approved and four have been denied. Those that have been denied have the opportunity to request an Informal Settlement Conference with the Department. We will continue reviewing proposals as quickly as possible.