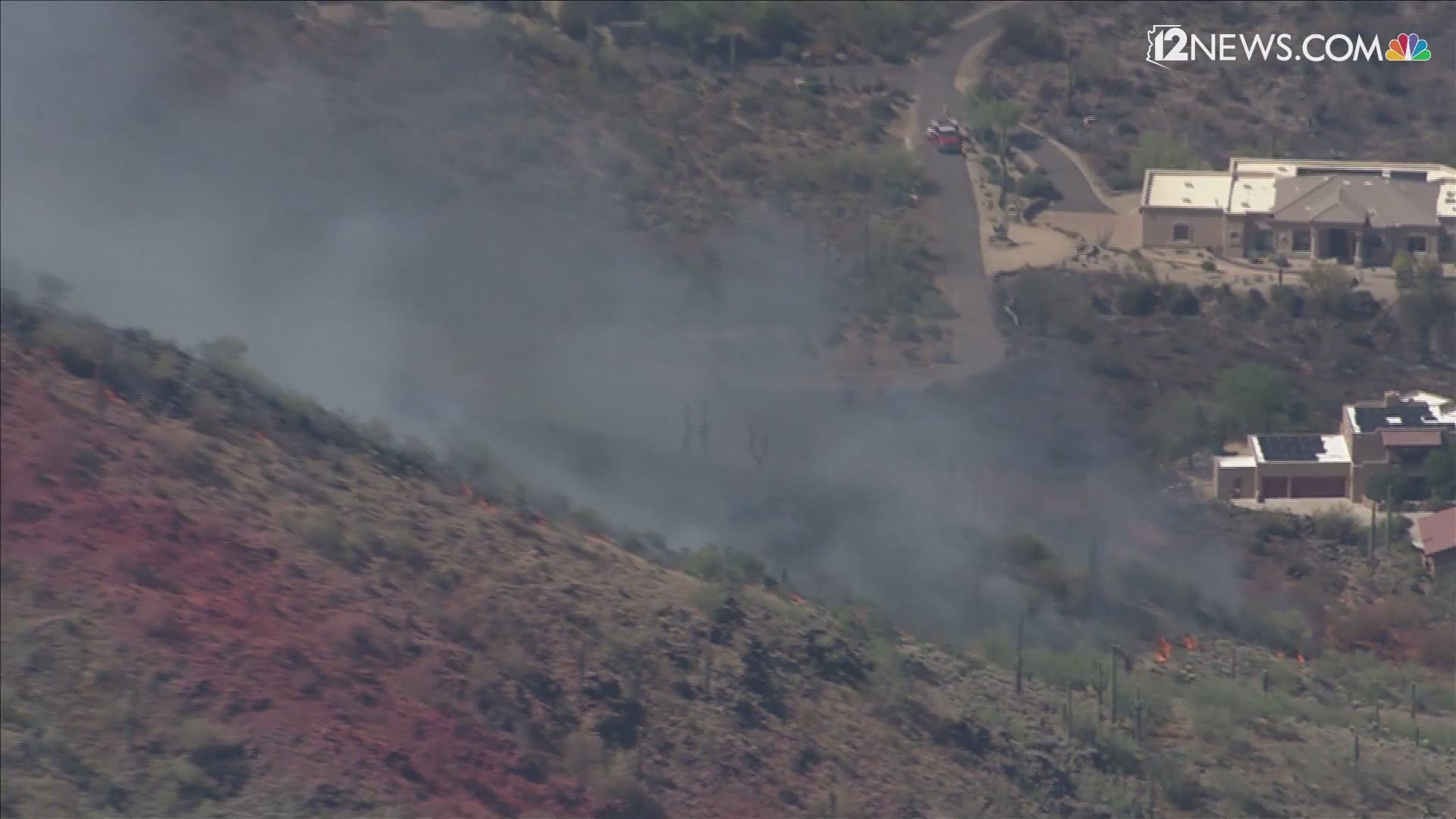 MARICOPA COUNTY, Ariz. — An emergency evacuation alert sent Saturday afternoon appeared to refer to evacuations in areas of Cave Creek for a wildfire.

People reported seeing an alert about evacuations in Maricopa County. 911 was reportedly flooded with calls.

The Emergency Alert System appeared to be triggered by evacuations called in Cave Creek where a wildfire was burning.

Homes from New River Road to Scopia Trail and from Cave Creek Road to just south of the Tonto National Forest have been evacuated. The Red Cross evacuation center is at Cactus Shadow High School at 5802 E. Dove Valley Road.

There was no other reported evacuation in Maricopa County.

The Town of Cave Creek has issued the following Emergency Alert System message.  On May 30, 2020 at 1:45 PM, a wildfire has occurred within Cave Creek.  People included in the area South of Honda Bow road, north of Ocotillo Road, east of 48th Street, and west of Spur Cross should evacuate.  If you have no form of transportation, or are physically unable to evacuate on your own, call 911. Evacuees requiring assistance should go to the American Red Cross at Cactus Shadows High School at 5802 E Dove Valley Rd, Cave Creek, AZ 85331.  Obey all traffic signs, especially barricades. Evacuees with household pets should take leashes and carriers if available.  Stay tuned to local TV and radio stations for information.