Gov. Ducey says the proposal includes a five percent raise in each of the next two years, bringing Arizona's average teacher pay to $58,000. But, teachers say the proposal leaves too many unanswered questions. 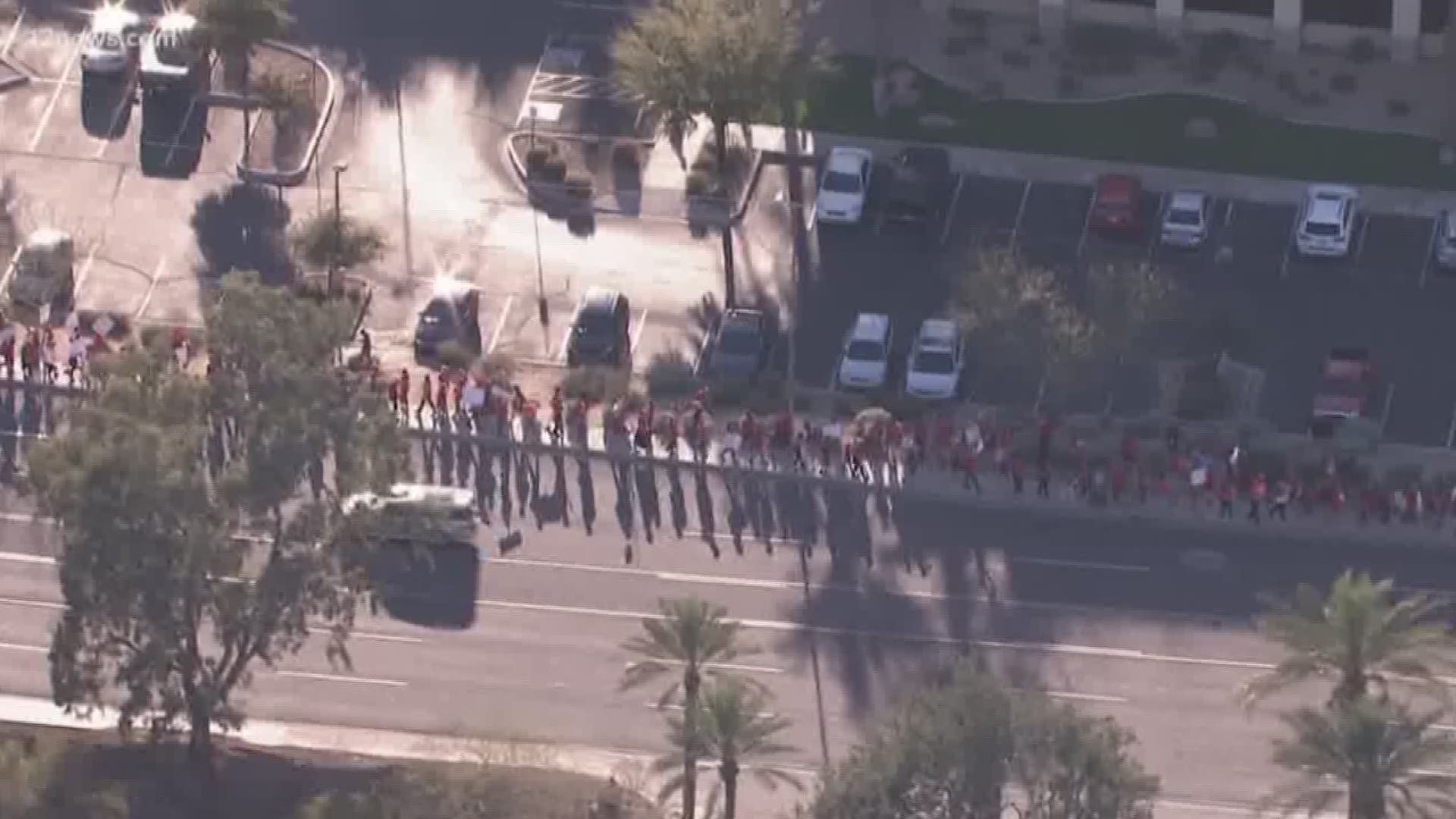 PHOENIX - Governor Doug Ducey unveiled a plan to give public school teachers across the board a permanent nine percent pay increase this year.

Gov. Ducey also says the proposal includes a five percent raise in each of the next two years, bringing Arizona's average teacher pay to $58,000. But, teachers say the proposal leaves too many unanswered questions.

Educators are encouraged and believe the governor's plan is a step in the right direction, but they tell 12 News it's not enough for Arizona classrooms yet.

Arizona Educators United, a coalition of educators, responded to the governor's plan saying it does not address the needs of students for the classroom. They want to know where support is for classroom supplies, class sizes and pay for education professionals like counselors, reading coaches and librarians.

They're also asking for more security to keep great teachers in Arizona with a dedicated and permanent funding stream so that Arizona students are no longer last in that area. The coalition say there are no details about where the money is going to come from.

"Are we going to trust the legislators with this plan that kind of came out of nowhere that they say they were going to work on all weekend long?" Mesa teacher, Joe Thomas, asked. Thomas says he wonders if the plan is "good enough" for the state.

Arizona Educators United is taking their comments a step further, Friday. They're asking teachers to take their phones and record their colleagues' reactions to the deal. Then they want them to post them on the organizations' web page or Facebook page for the legislature to see.