The driver was pronounced dead at the scene near 15th Avenue and Indian School Road. 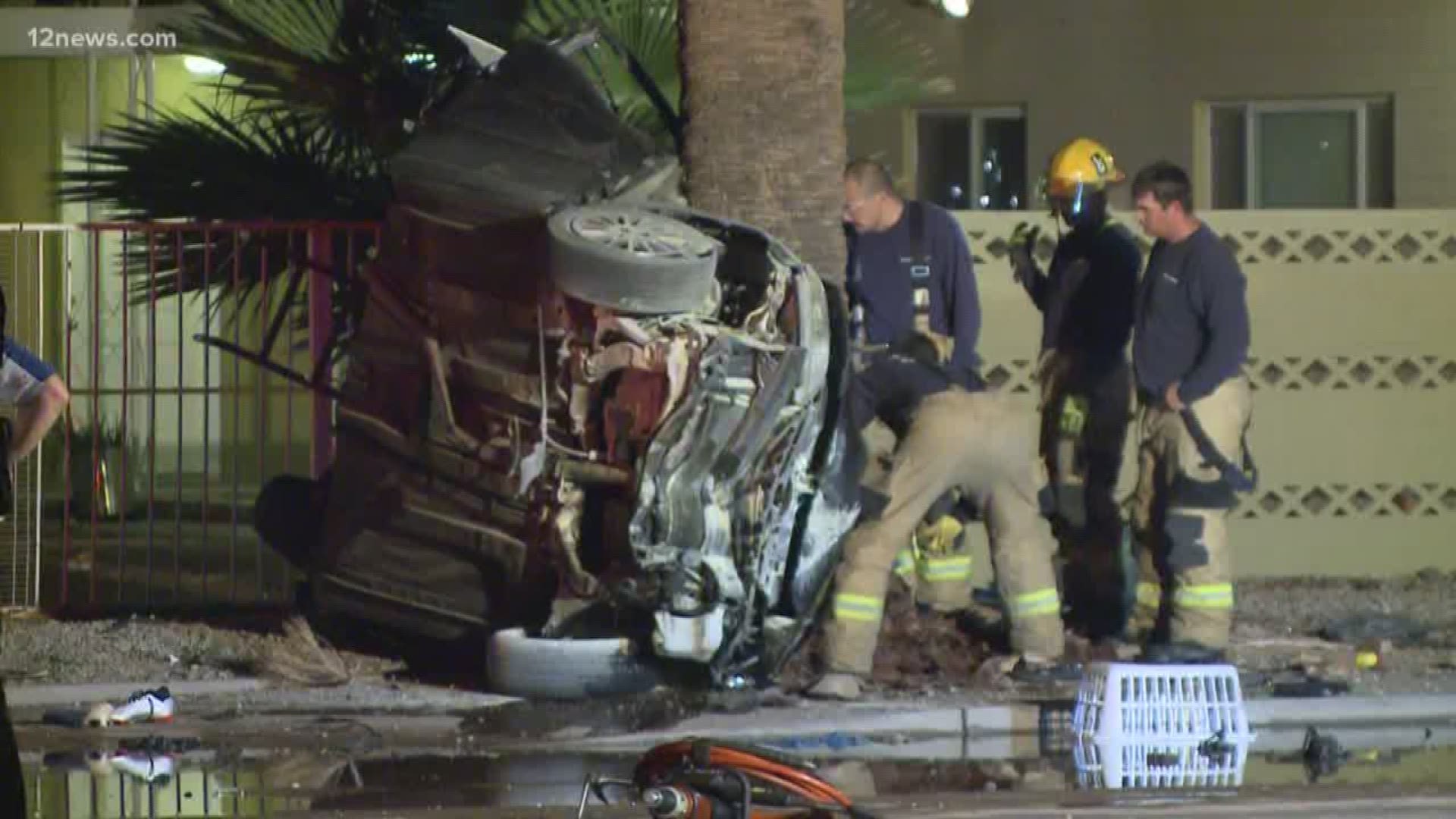 PHOENIX - A 28-year-old man was killed after he crashed his Honda Civic into a large diameter palm tree near 15th Avenue and Indian School Road Saturday evening.

Police say Danny Lopez Guerra was going eastbound on Indian School around 6:40 p.m. Saturday when he left the roadway for reasons unknown.

Guerra's vehicle crashed into the tree and a block fence and the vehicle came to rest on its side. Guerra was pronounced dead at the scene.

Police say the vehicle also broke off a fire hydrant, which caused "significant flooding" to the street and a nearby apartment complex.

Guerra was the only person in the vehicle.

Police say speed may have been a factor and they are investigating the crash.