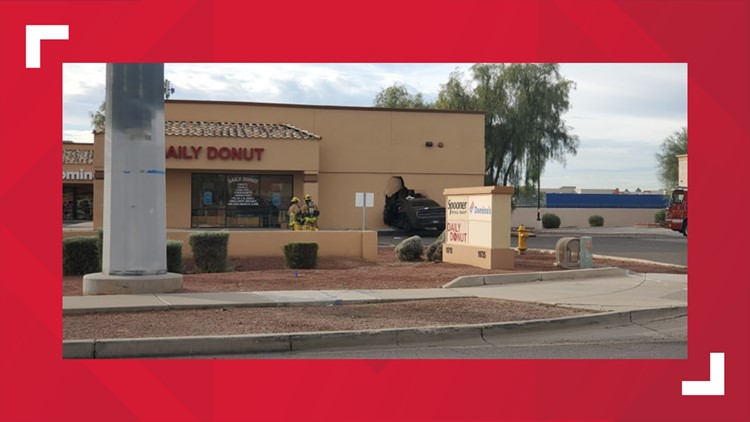 A driver crashed into the building of a donut shop in Avondale early Saturday after suffering a medical emergency.

The initial investigation found that the driver, who was not immediately identified, suffered an unknown medical emergency just before the accident.

The driver and another adult in the car were not seriously injured. No one else was injured.