In the video, one officer can be seen lifting the front of the car just high enough for the other to pull the victim out. 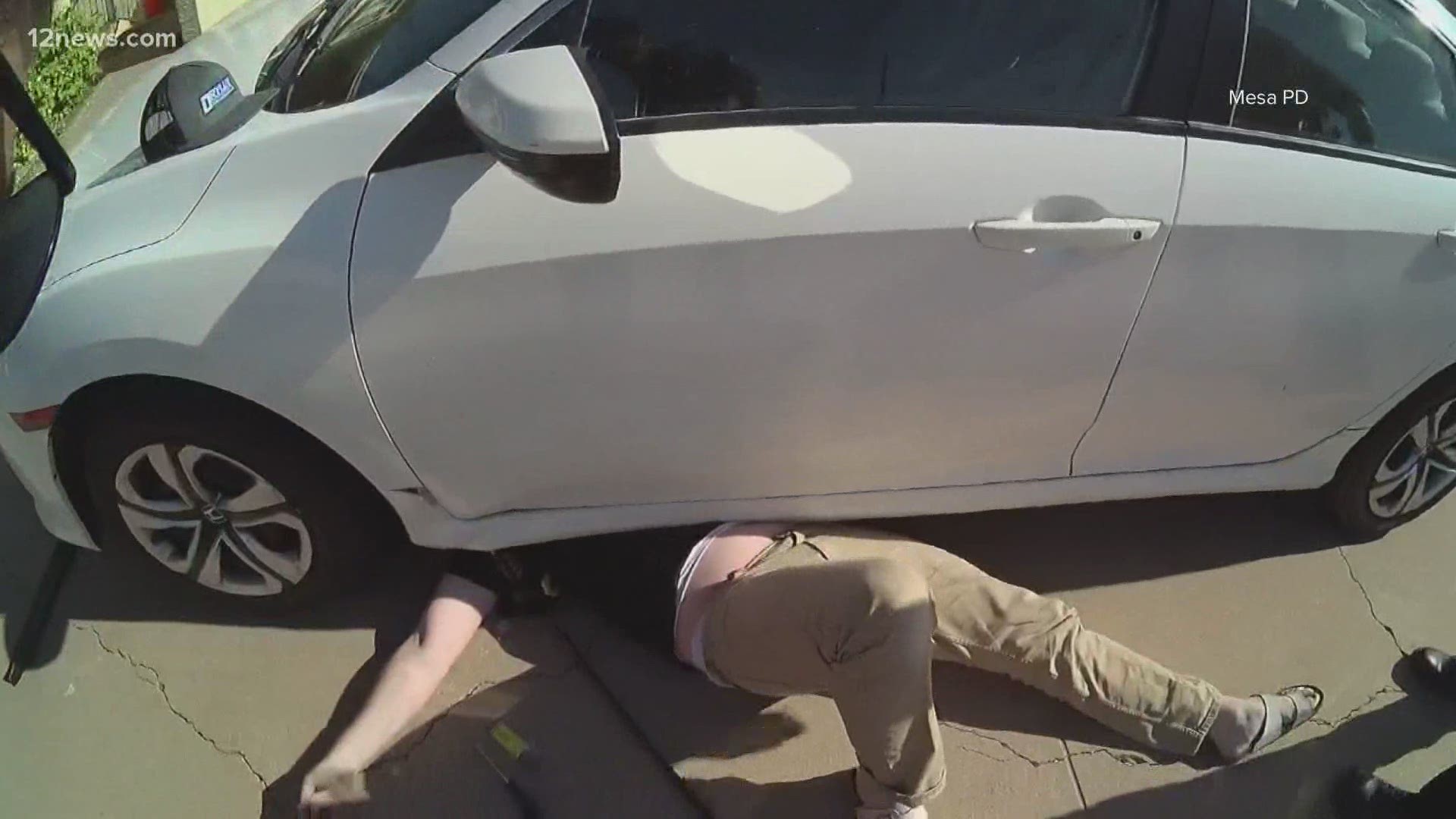 The incident happened Tuesday morning when a man was apparently working beneath a car when the jack collapsed, sending the car body into his chest.

The video shows officers Josh Gardner and Nolan Martineau arriving at the home near Mesa Drive and 2nd Avenue around 8:45 a.m.

Devon Haycock was using two jacks Monday afternoon to prop up his wife’s car to make some repairs. When one of the jacks failed, the vehicle fell onto Haycock, pinning his face to the ground and coming to rest on his chest.

Haycock’s wife Kaylin called 911, and Gardner and Martineau arrived in less than five minutes. They quickly decided that trying to use the broken jack or putting another one under the car would not work.

“Officer Gardner said we should try to pick up the car so we just went for it,” Martineau remembered. 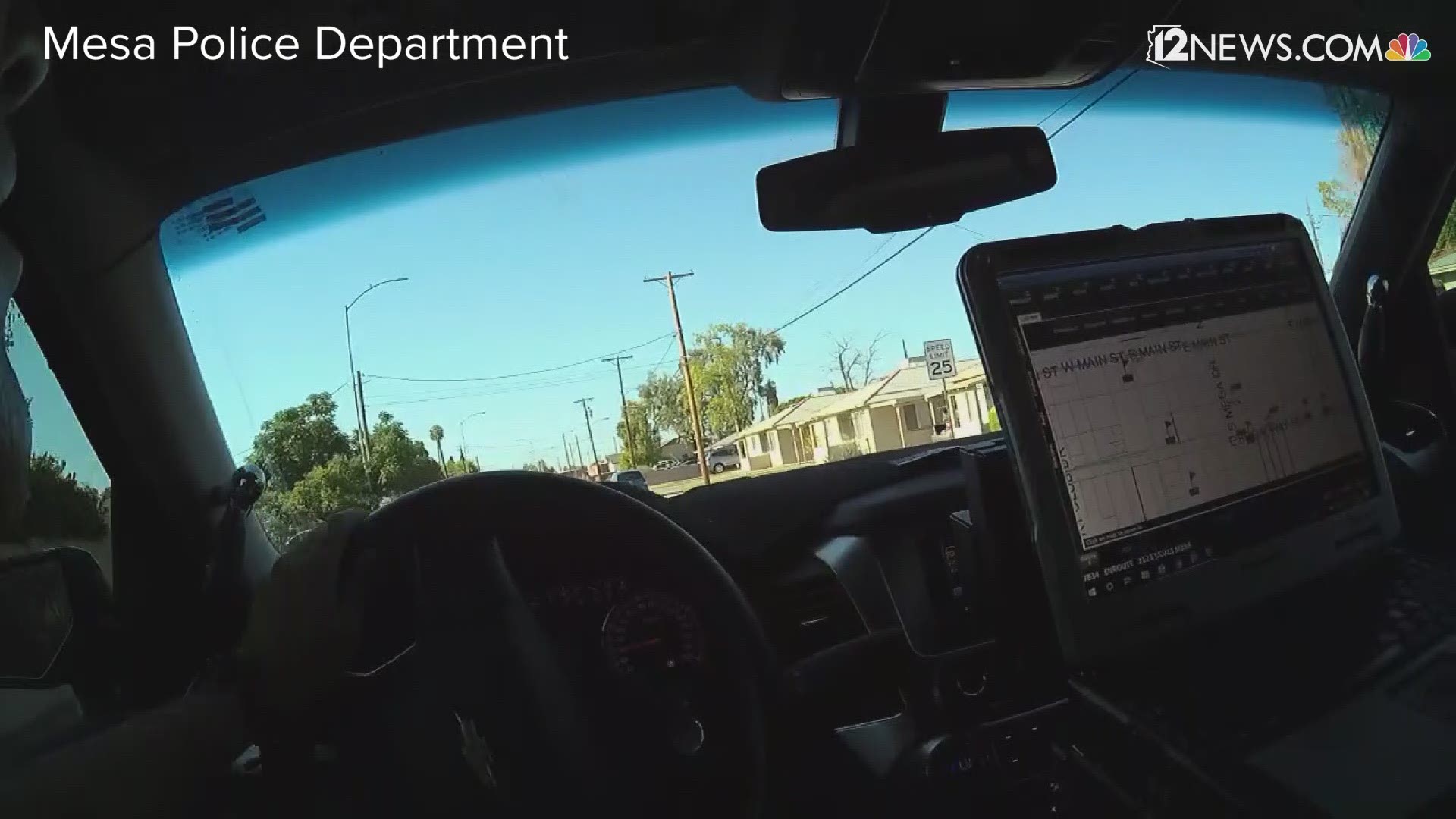 The entire incident was captured on Martineau’s body-worn camera, and it shows Martineau and Gardner, along with the Haycocks’ neighbor, straining to lift the Civic, which weighs nearly 3,000 pounds. They were able to get it up just enough that Haycock could slide out from underneath it.

“When I heard ‘Okay, we’re going to lift it up’ that’s when my vision started to go blurry,” Haycock recalls. “When they lifted it up I slid right out the second I started to see the light from underneath the car.”

Haycock did not sustain any major injuries. The entire incident lasted less than 10 minutes.

The Haycocks are expecting a baby girl around Christmas, and they are very thankful to the officers for making sure he is around to be a father to her.