Drainage project to alleviate storm flooding along I-17

The project is slated to start this fall and will take just under two years to complete, the Maricopa Association of Governments says. 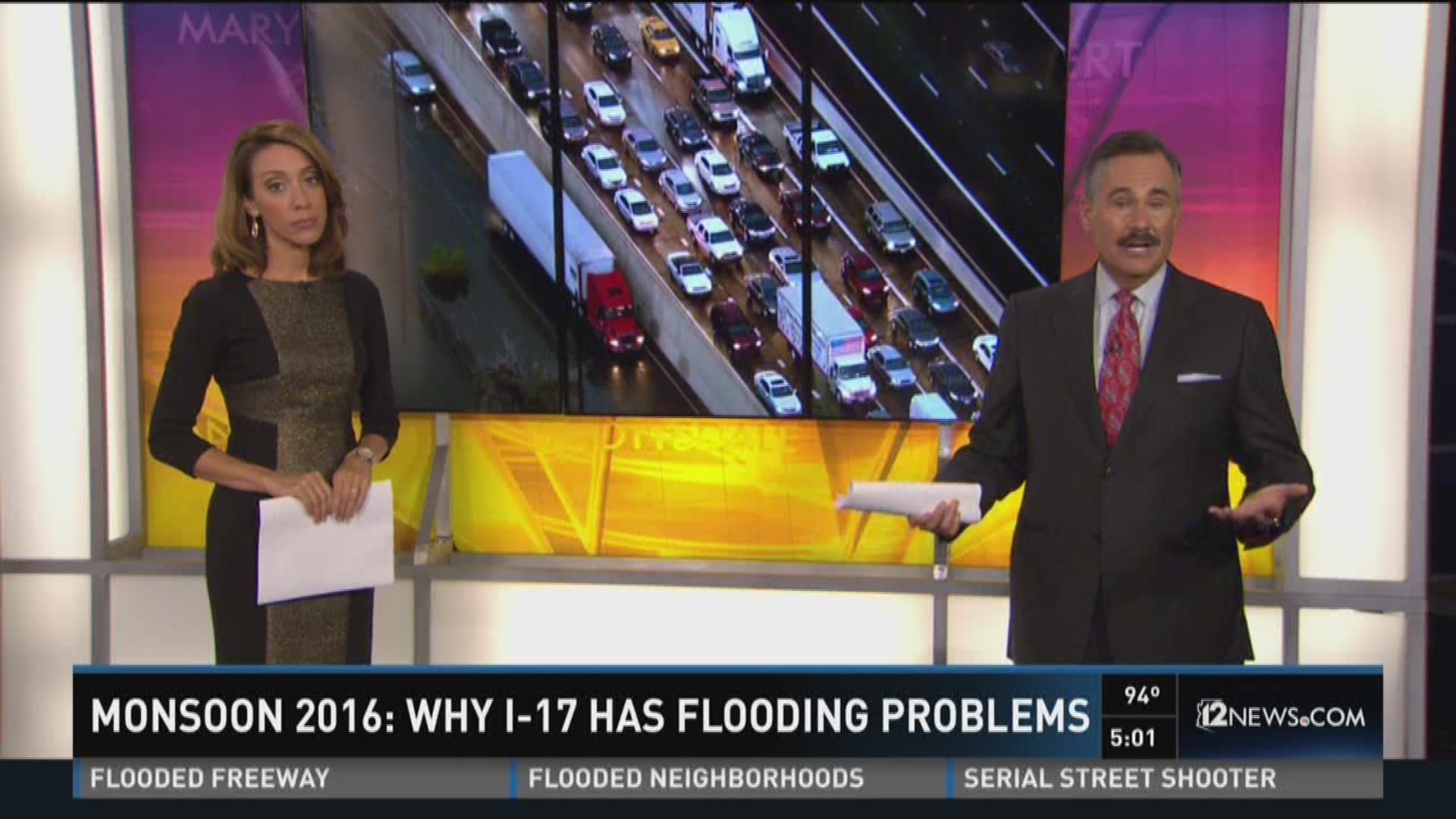 PHOENIX — Editor's note: The above video from 2016 explains why I-17 has flooding problems.

The drainage pumps along Interstate 17 have had a history of struggling to keep up with heavy rain.

This was seen again on Wednesday night when monsoon storms flooded parts of the Valley and cars got stuck in a flooded I-17 underpass at Thunderbird Road.

A drainage project scheduled to start this fall should help with that, the Maricopa Association of Governments said.

The project will replace four aging drain pump stations along I-17 with a new gravity-fed drain system. MAG said the pumping stations at Greenway, Thunderbird and Cactus roads and Peoria Avenue along I-17 will be removed.

October 2018: 'One of the rainiest days': Streets flooded, schools closed as Rosa takes toll on Arizona

The new system will consist of pipes that will divert stormwater to the Arizona Canal Diversion Channel near Dunlap Avenue. Two water retention basins will also be built at I-17 and Thunderbird Road, MAG said.

The project should be finished almost two years after the work starts.

The improvements are expected to cost $38.4 million, which will come from a voter-approved regional sales tax for transportation in Maricopa County. 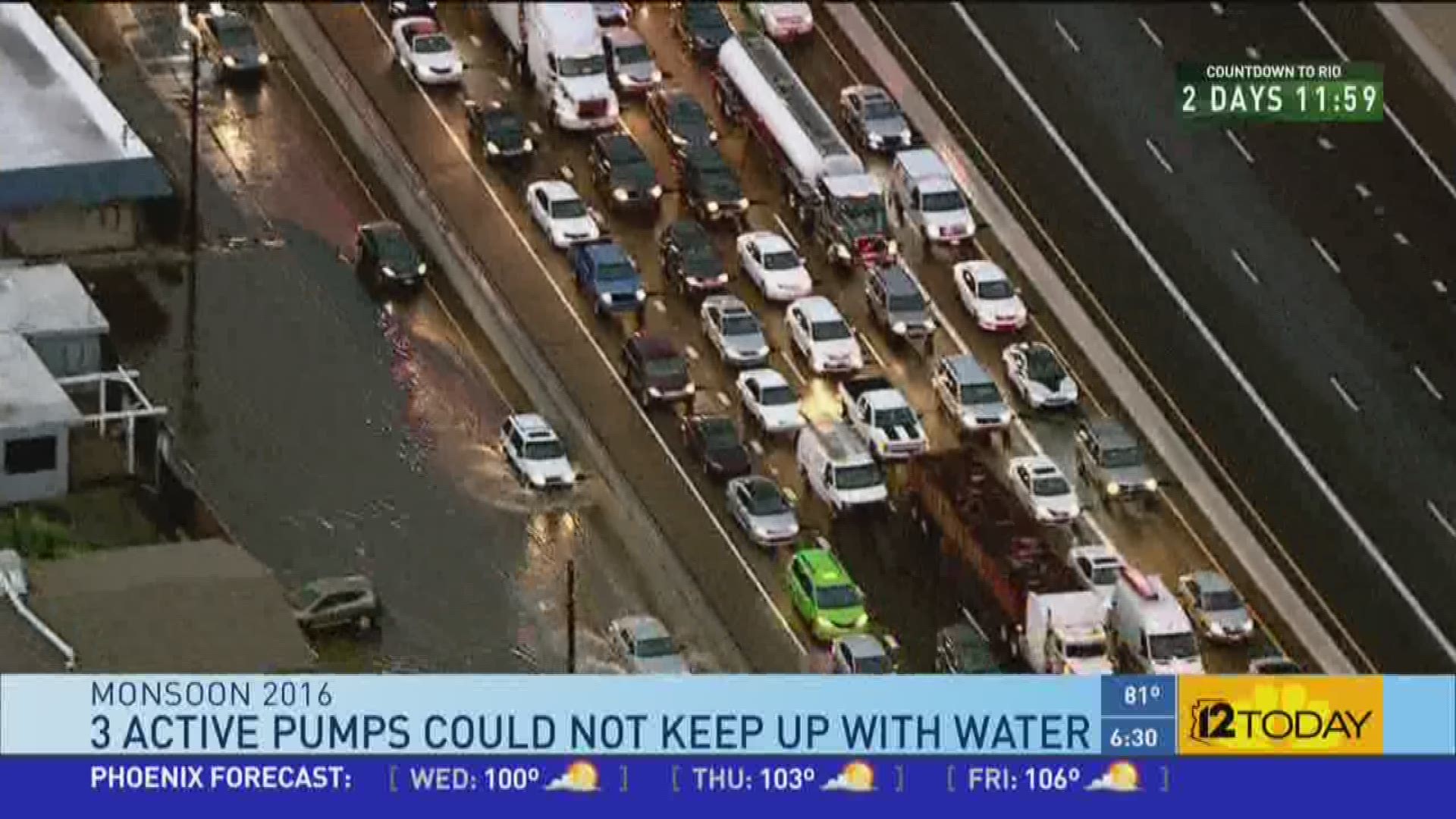