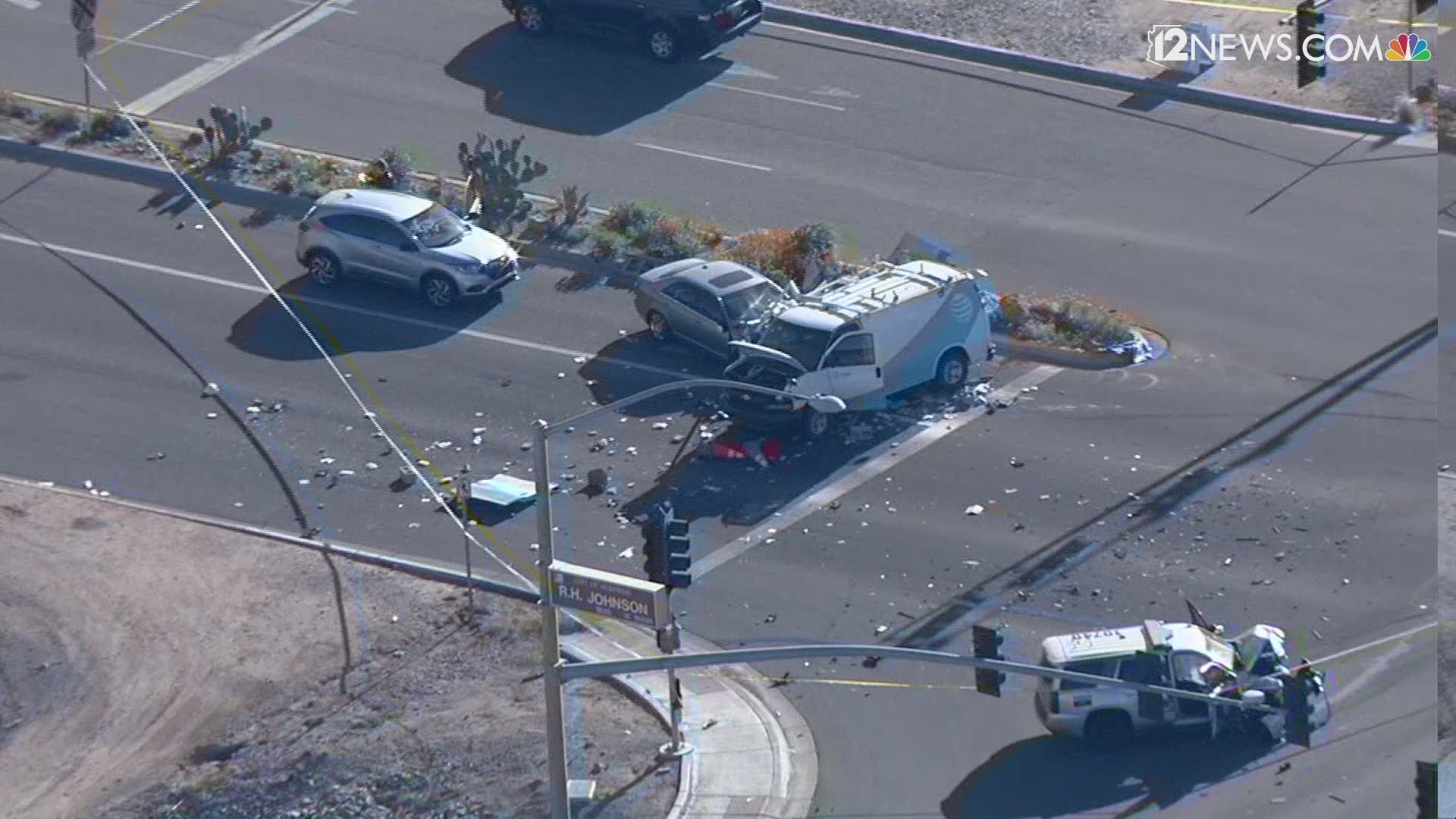 The crash happened before 9 a.m. at W. Grand Avenue and RH Johnson Boulevard between Sun City and Surprise.

The left lane on W. Grand Avenue is open, according to the Arizona Department of Transportation. RJ Johnson Boulevard is closed in both directions.

It appears multiple vehicles were involved in the crash.

ADOT reported it was a serious injury crash and additional emergency crews were called to the scene.

Drivers are asked to avoid the area.

This is a developing situation. We will update the story when more details are available.

RELATED: Arizona DPS trooper involved in head-on crash on I-10

ALSO: DPS trooper involved in crash on US 60