The fire is burning toward open land and no structures are threatened, according to the Arizona Fire and Medical Authority. 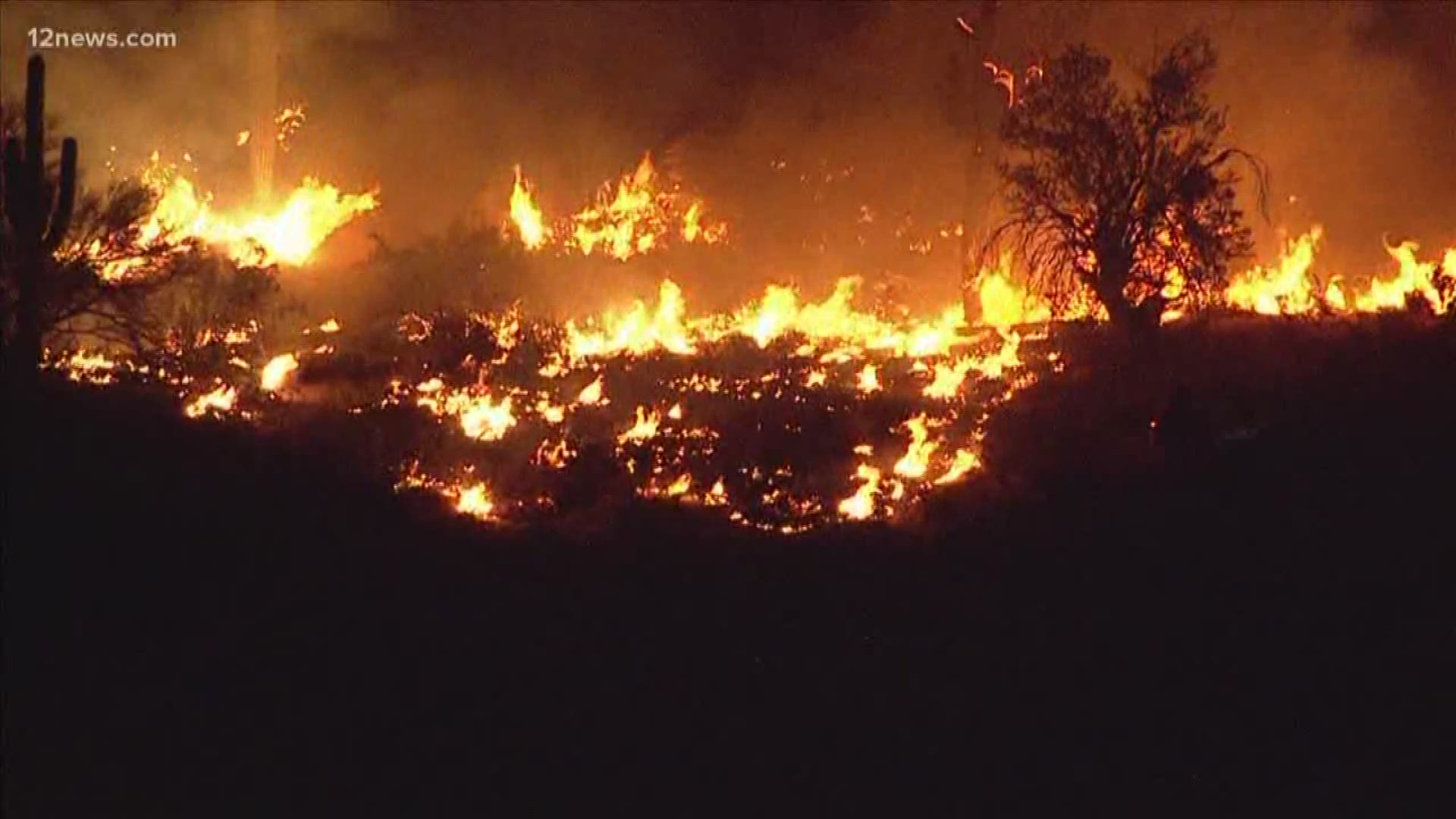 The Dove Fire, located about 14 miles northwest of Surprise, is estimated at 1,000 acres as of 7:45 p.m., according to the Arizona state forestry department.

Friday afternoon, the fire was estimated at just 50 acres and no structures were threatened and the fire was burning toward open range, according to the Arizona Fire and Medical Authority.

It's unclear if any structures are currently being threatened.

The nearest address to the fire was near 169th Avenue and Dove Valley Road in Surprise.

The fire burned near houses in the area.

The cause of the fire remains under investigation.