Extreme heat, which at one point hit 119, last year in June resulted in the cancellation of about 60 of the airline's regional flights over a three-day period. 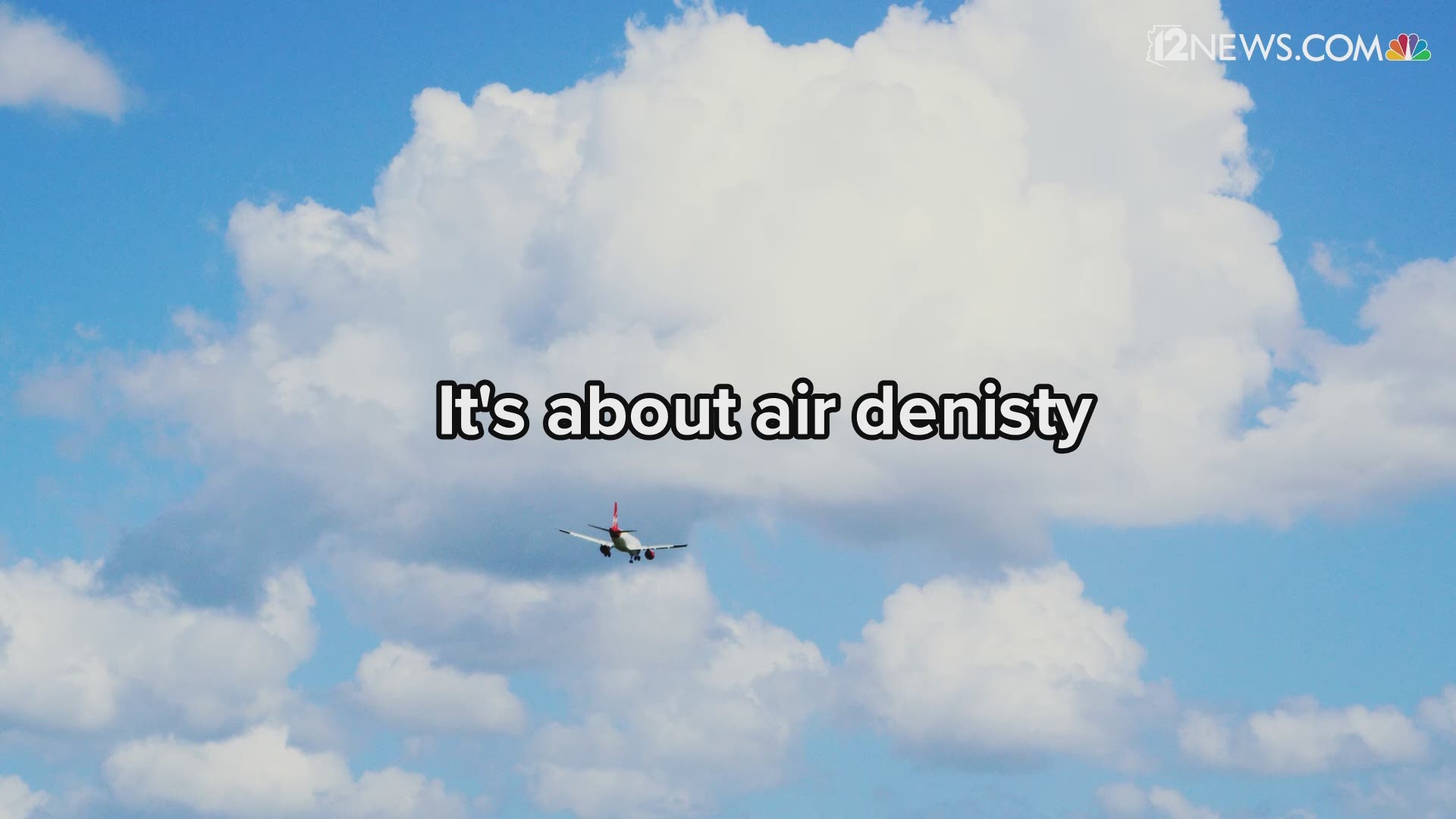 PHOENIX — The sweltering temperatures last year in June created quite a headache for some people scheduled to board American Airlines' regional flights from Sky Harbor.

Extreme heat, which at one point hit 119, from June 19-21 resulted in the cancellation of about 60 of the airline's regional flights over that three-day period.

RELATED: Phoenix is setting more heat records now than ever before, NWS says

That because, during the summer of 2017, American Eagle flights were Bombardier CRJ series aircrafts operated by Mesa Airlines and SkyWest Airlines. At that time, the CRJ aircraft could not depart Phoenix with temps over 117.86 degrees.

With excessive heat expected through most of the week, the question is: Will Phoenix air travelers see a repeat of last year?

"After the conclusion of Summer 2017, American began working with Bombardier, the Federal Aviation Administration, Mesa and SkyWest to ensure that when the temperature rises to a higher level, we can continue to fly," the airline said in a release.

American said it took 10 months, but the new operating limit of the regional aircraft is 123.8 degrees.

"With these changes, we don’t anticipate any cancelations/delays due to the extreme heat in Phoenix," American said.