The dolphins will spend time adjusting to their new home at Coral World Ocean Park in St. Thomas. 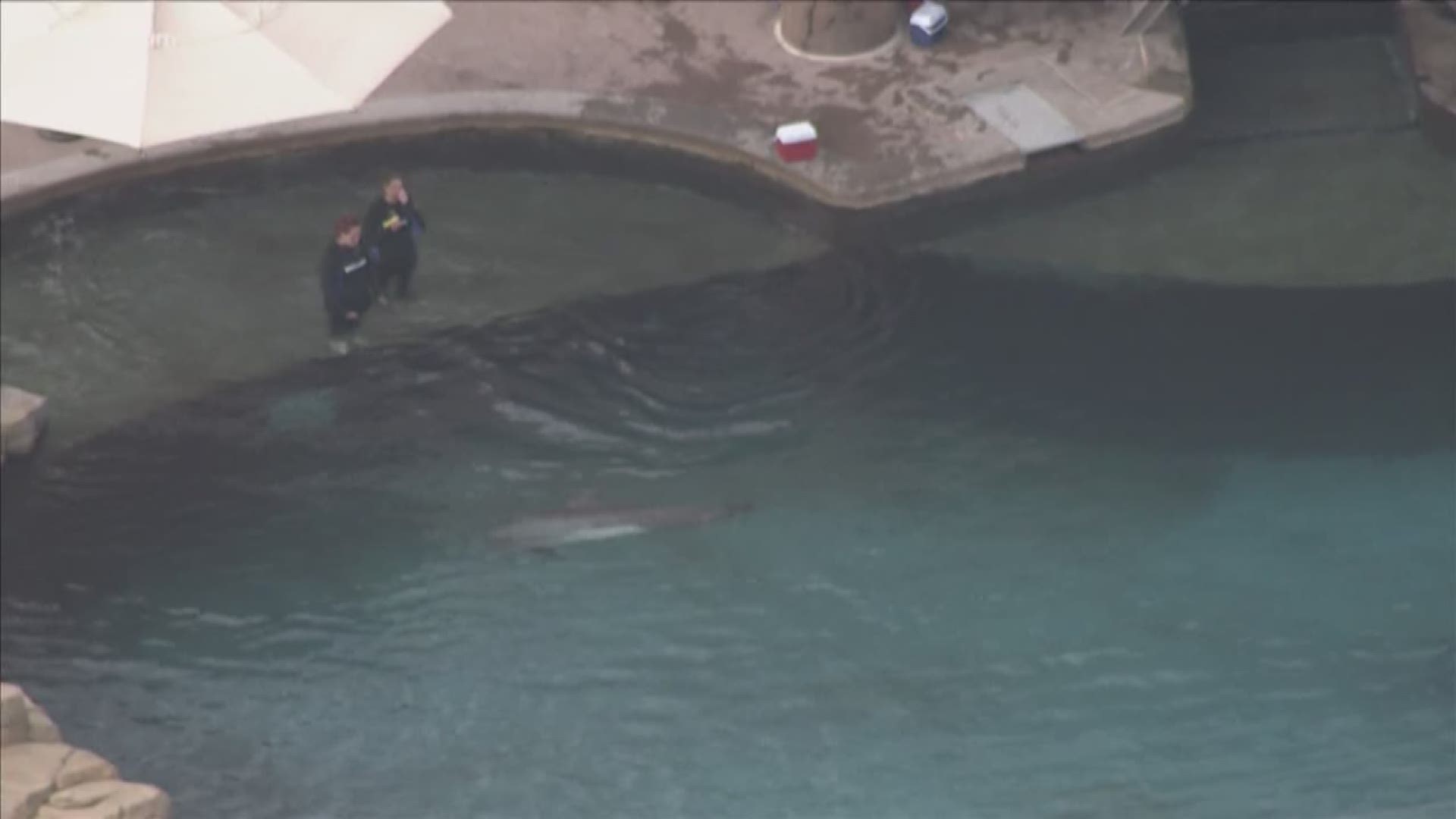 ST. THOMAS, USVI — The remaining dolphins at Dolphinaris Arizona have been moved to a sea sanctuary in St. Thomas in the U.S. Virgin Islands.

The four dolphins were the only ones remaining at Dolphinaris Arizona when the dolphin attraction just outside of Scottsdale voluntarily closed to evaluate "all aspects of animal welfare at the facility."

Specialists are investigating the potential factors that contributed to the deaths of four dolphins since Dolphinaris opened in October 2016.

The signs at Dolphinaris Arizona have been taken down during the closure, but a spokesperson said it is not permanently closed. There is no target date for reopening the facility.

The dolphins will stay in the sanctuary's specialty areas while they adjust to their new home.

According to Coral World, dolphin trainers will spend the next several months getting acquainted with the dolphins before they are introduced to the public in their dolphin experiences.

The experiences are meant to give visitors an opportunity to learn about the marine ecosystem and up close and personal with the dolphins, according to Coral World.

The sanctuary said its dolphin experiences are designed around each dolphin's likes and dislikes, and each dolphin has a choice on whether they want to participate.

Coral World also said it will study the dolphins' behavior and share the findings "with the global scientific and veterinary community."