A rescue group was able to help reconnect them after he had been dumped, thanks to a microchip. 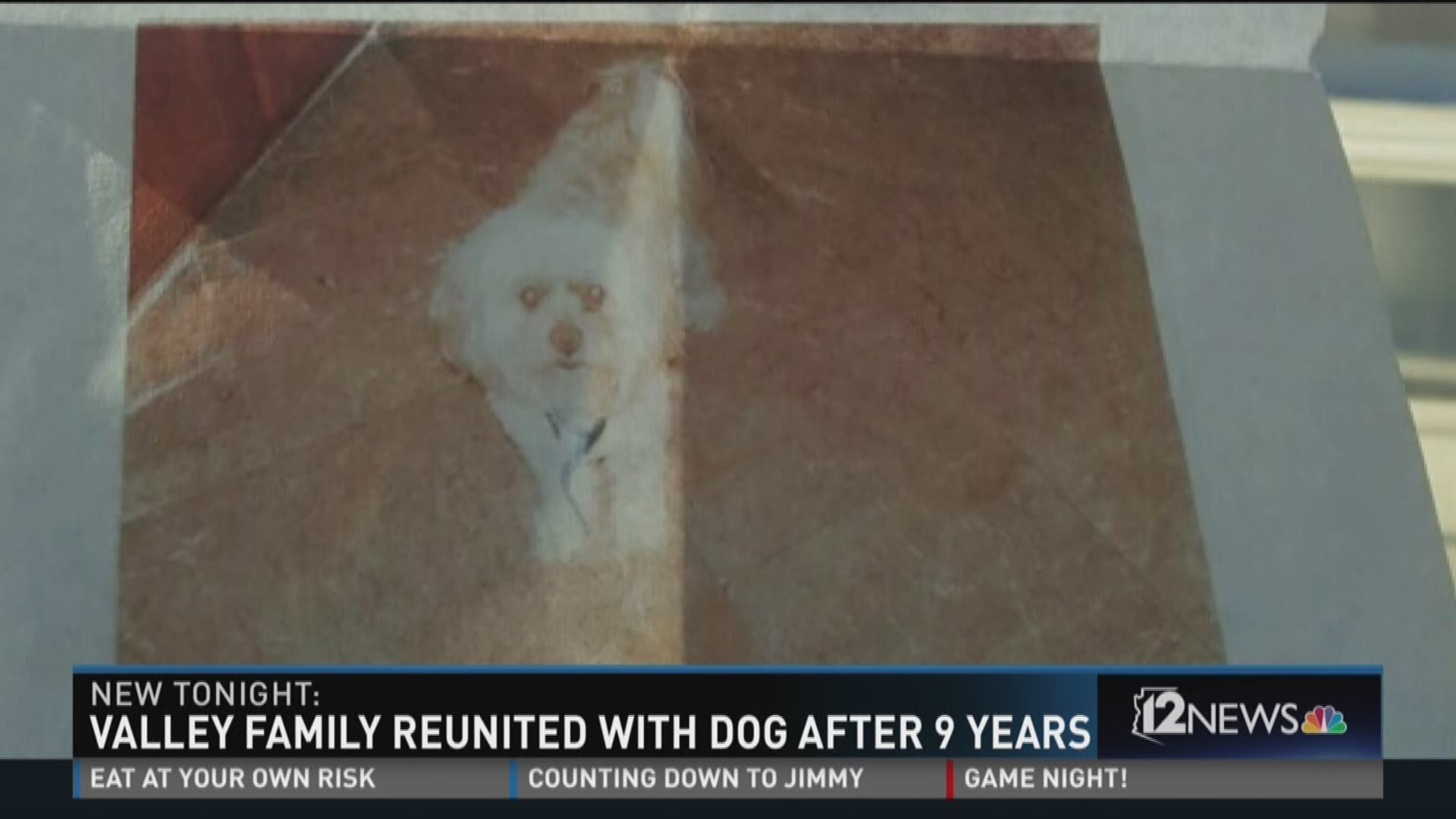 A Valley family is counting their blessings after they reunited with their dog that went missing nine years ago.

Amazingly, a rescue group was able to help reconnect them after he had been dumped, thanks to a microchip.

"I never thought I was going to ever see him ever again," said Amy Baca, nine years after her dog, Brownie, went missing.

Friday night, they were together once again.

Baca showed us a picture that was taken way back when Brownie was just a puppy.

"He was so adorable," she said.

But one day he just disappeared.

"My niece came to visit my mom, and they had opened the door and he just ran out, because he hated when we would leave."

They looked for years, hoping one day he would show up.

"We suffered a lot,” she said. “We would look for him day and night."

And one day, he ended up in a tattoo parlor five miles from where he went missing.

"He was a dump,” said Kathy Hamel of Arizona Shih Tzu & Small Breed Rescue. “I did not think he would have an owner."

Hamel discovered Brownie had a microchip, and after some research, she was able to contact his owner through Facebook.

"This lady asked me if I was missing a dog, and she showed me a picture of Brownie, how he looks now. And I was like, ‘That looks like my dog,’” said Baca.

"Does Brownie ring any bells?” said Hamel followed by a giggle.

When Kathy asked Amy if she could prove Brownie was hers, Amy sent her a photo of a flyer her mom has carried with her for all these years.

Brownie is now blind and quite a few years older.

"Same Brownie … his hair color and everything is still the same," said Baca.

From here, she said she plans to take Brownie to the vet to try to get him healthy.